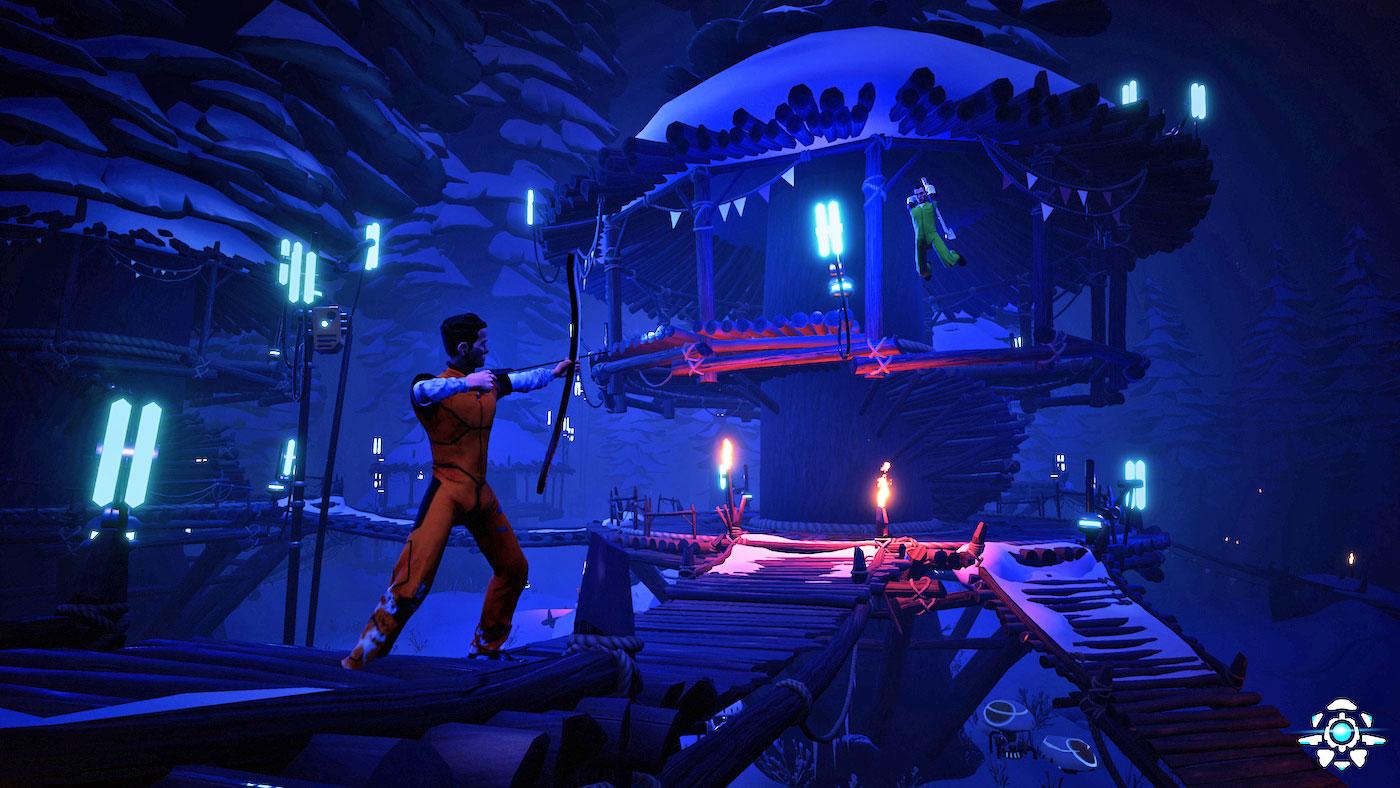 Been waiting for Scavengers Studio's Darwin Project ever since it stole the spotlight at last year's Microsoft E3 conference? Don't worry: your wait is almost over. The early access version of the Hunger Games-style battle royale title will be available for purchase on Windows 10 and Xbox Game Preview, the platform's pre-release program for Xbox One, on March 9th. Darwin Project is a multiplayer game that combines various aspects of popular titles in the genre, such as Don't Starve and PlayerUnknown's Battlegrounds. In our previous write-up, Engadget Senior Reporter Jessica Conditt described the game as "Katniss Everdeen running around Pochinki Hill, chopping down trees like Wilson the Gentleman Scientist."

While you can play as one of the ten contestants fighting in an arena to be the only one left standing, Darwin Project also allows you to take on the Show Director's role. When you play as the Director, you'll be able to see everything happening in the arena from aboard a drone and will have the power to unleash gravity storms, blow up areas with nukes and put up zone closures to make things harder for the contestants. If you'd rather take on a more passive role, though, you can also just watch streams of ongoing games through platforms like Mixer. As a spectator, you'll be able to vote on what disaster to unleash and who to target if the Show Director asks.

Scavengers Studio's Jessica Beaudoin says they're collecting feedback from the early release to be able to fine-tune the game over the next few months. You can buy the early access version of the Darwin Project, featuring a snowy arena where you'll have to withstand extreme cold and darkness, for $15

In this article: darwinproject, earlyaccess, gaming, internet, microsoft, thedarwinproject, windows10, xbox, xboxgamepreview, xboxone
All products recommended by Engadget are selected by our editorial team, independent of our parent company. Some of our stories include affiliate links. If you buy something through one of these links, we may earn an affiliate commission.