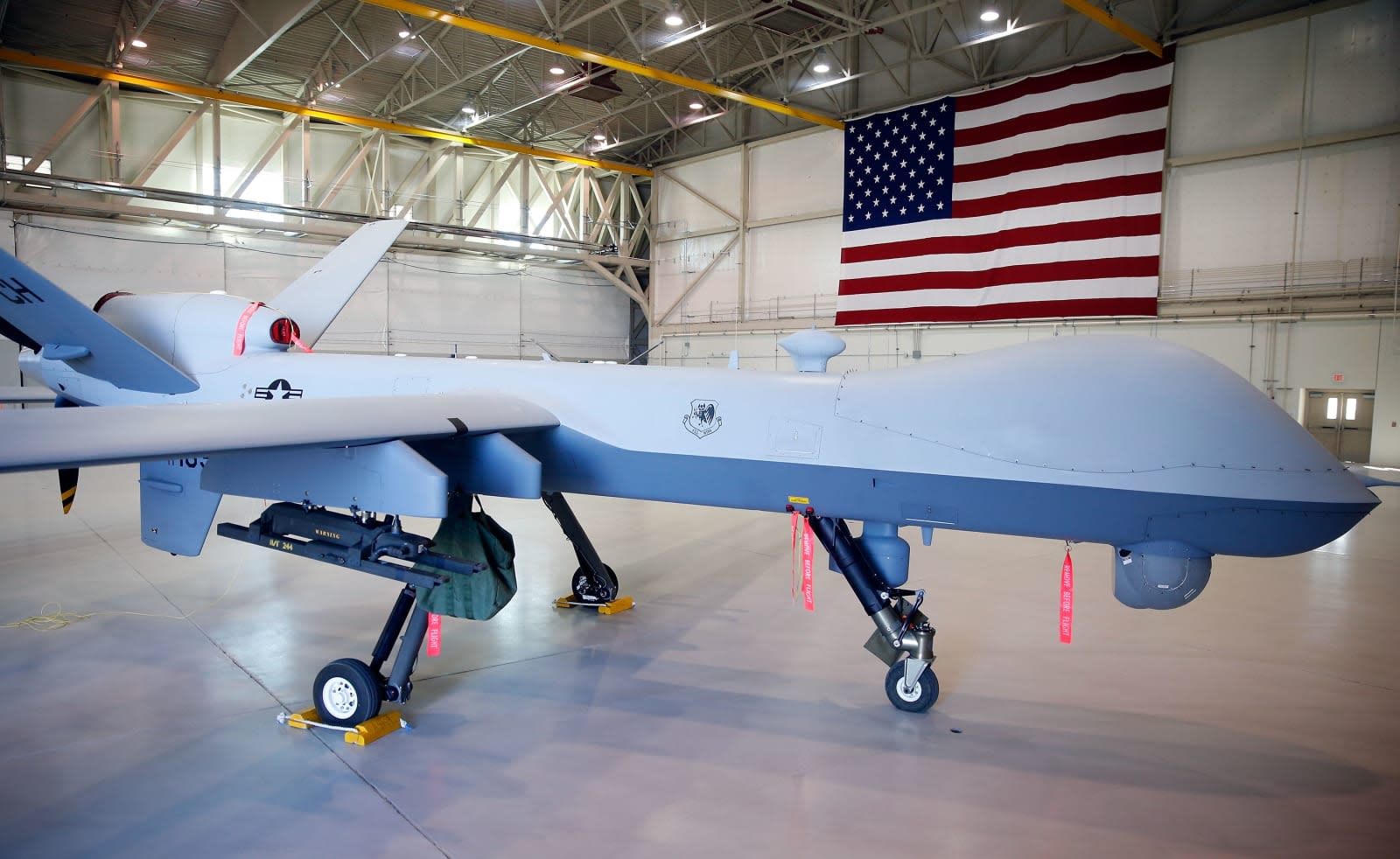 The US military's Project Maven is getting some help using AI to interpret drone footage from a not-entirely-unexpected source: Google. The company has confirmed a Gizmodo report that it's offering TensorFlow programming kits to the Defense Department as part of a pilot that helps Project Maven process the glut of drone footage quickly. Google stresses that the machine learning technology is involved in "non-offensive uses only," and that it's flagging material for "human review." This isn't helping with drone strikes, then, but it has still raised concerns inside Google's ranks.

According to Gizmodo sources, some Google staffers were "outraged" that the company would contribute AI tech for drone operations. Others, meanwhile, said it prompted ethical questions about the subjects machine learning should cover. This doesn't involve killer robots, but it may be uncomfortably close for some.

A tipster for The Verge added that Google was helping the military configure TensorFlow for use, although it's not clear whether that's active development or just the basic setup process.

The Defense Department has declined to comment on whether or not Google is its only partner in Project Maven. However, it's not surprising that Google would be involved. Where many military initiatives take years to get rolling, Project Maven was expected to swing into action within 6 months (it reportedly saw first use against ISIS in December). That didn't leave the military a lot of time, and a combination of private and academic assistance was necessary to help meet the ambitious goal. Like it or not, a private-public AI partnership with the military was more a matter of "when" than "if."

In this article: ai, artificialintelligence, awcft, DepartmentOfDefense, drone, gear, google, machinelearning, military, projectmaven, robots, tensorflow
All products recommended by Engadget are selected by our editorial team, independent of our parent company. Some of our stories include affiliate links. If you buy something through one of these links, we may earn an affiliate commission.