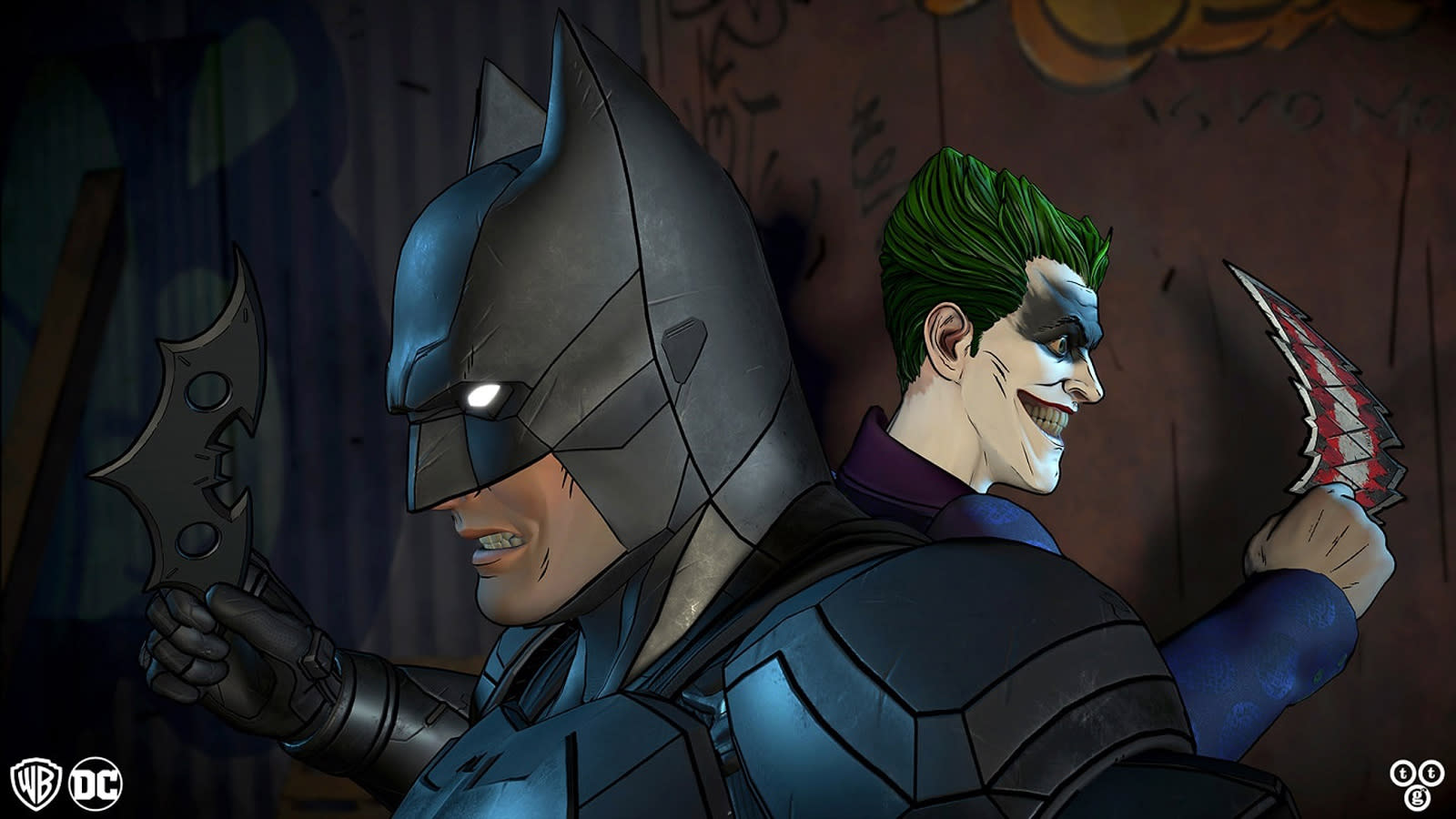 Telltale's games are defined by in-the-moment choices that have far-reaching consequences, and that's never been truer than it is now. It's releasing the final episode of Batman: The Enemy Within ("Same Stitch") on March 27th, and your decisions from the previous four episodes are determining nothing less than the personality of The Joker. You could end up with an arch-nemesis similar to the classic comic book character, but you might also wind up with an "unpredictable vigilante" -- to some degree, he'd be on your side.

This also results in the "branchiest" episode in Telltale's history, according to the developer. There are two distinct tracks with "at most" three shared scenes, and each of those plot lines has variations depending on your past actions. Where past Telltale games have tended to funnel players down common paths (most people will save a given character, for example), there's a real possibility that your experience of "Same Stitch" will vary wildly from a friend's.

This last episode should be available simultaneously on Android, iOS, Mac, Windows, PS4 and Xbox One. There's no mention of a third season at this point, but there tends to be significant gaps between Telltale seasons as a general rule. There was a roughly 9-month gap between the end of the first Batman season and the debut of the second season last August. And frankly, we wouldn't be surprised if there was a longer wait for the third season. It's no mean feat to account for two very divergent takes on a major character, let alone your relationships with characters who will largely remain the same.

In this article: android, av, batman, batmantheenemywithin, games, gaming, ios, mac, mobile, personal computing, personalcomputing, ps4, telltalegames, videogames, warnerbros, warnerbrosinteractiveentertainment, windows, xboxone
All products recommended by Engadget are selected by our editorial team, independent of our parent company. Some of our stories include affiliate links. If you buy something through one of these links, we may earn an affiliate commission.