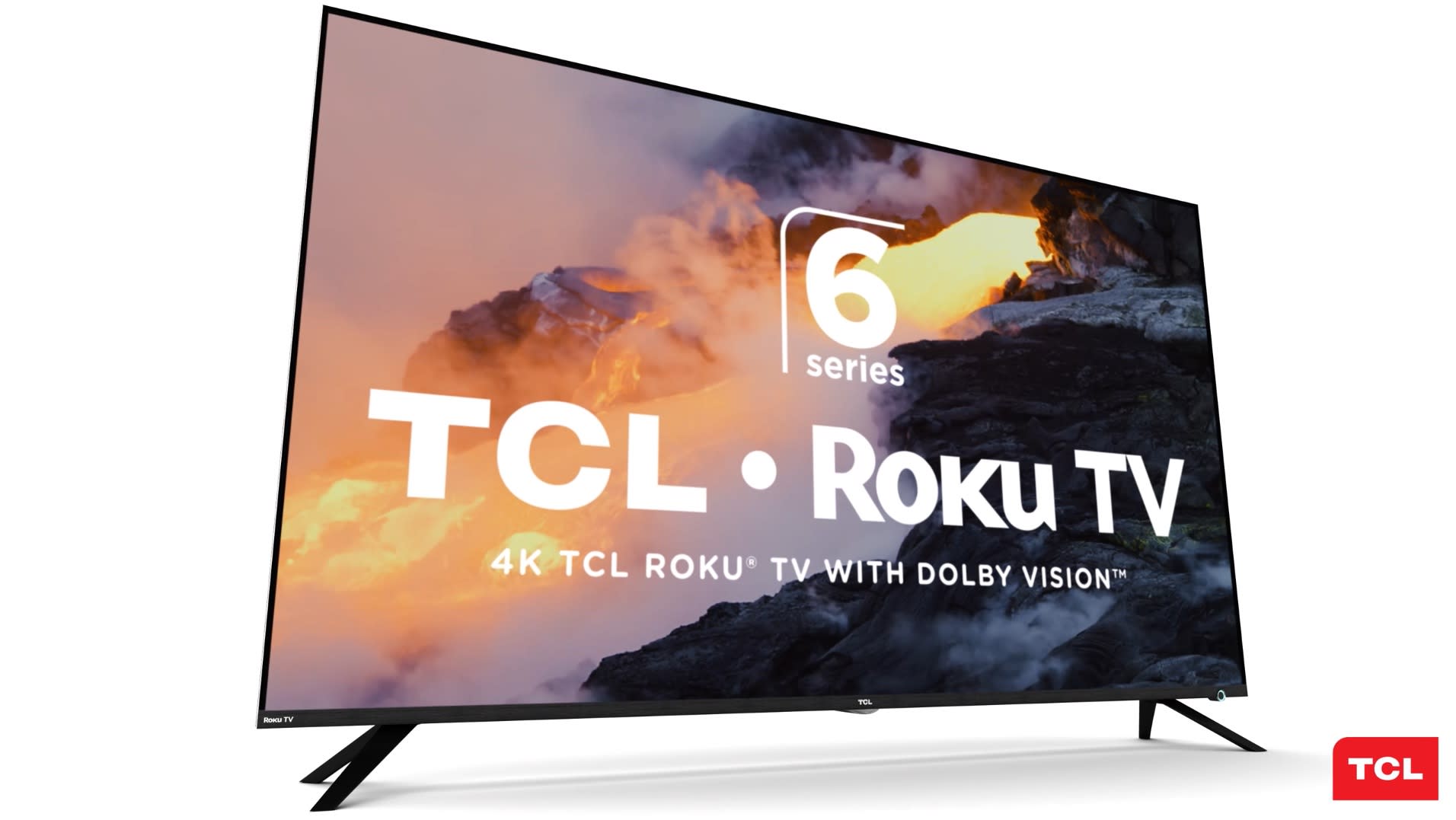 Earlier this year, TCL announced that it was once again teaming with Roku on a line of affordably priced 4K TVs. We now know that the 6-Series television sets will debut by May 1st, though some of the pricing is still unclear.

TCL's previous venture, the P-Series, really impressed reviewers with its affordable price point, bright screen and good contrast, but it was limited to just one size: 55 inches. The new 6-Series will be available in both 55 and 65 inches. The Verge reports that the price point on the 55-inch 6-Series will be $650, the same as the P-Series. It's unclear how much the 65-inch model will cost.

The 6-Series is a premium line, which features Dolby Vision and an attractive brushed metal design. The displays will also come with a Roku TV voice remote, three HDMI ports, 802.11ac WiFi and Ethernet. TCL has put extra effort into improving the picture quality for this line, with HDR Pro Gamma and Contrast Control Zone technology. The 6-Series will have better control over backlighting than the P-Series, which means deeper blacks, even when another part of the image is bright.

In this article: 6-series, av, gear, roku, tcl, tv
All products recommended by Engadget are selected by our editorial team, independent of our parent company. Some of our stories include affiliate links. If you buy something through one of these links, we may earn an affiliate commission.