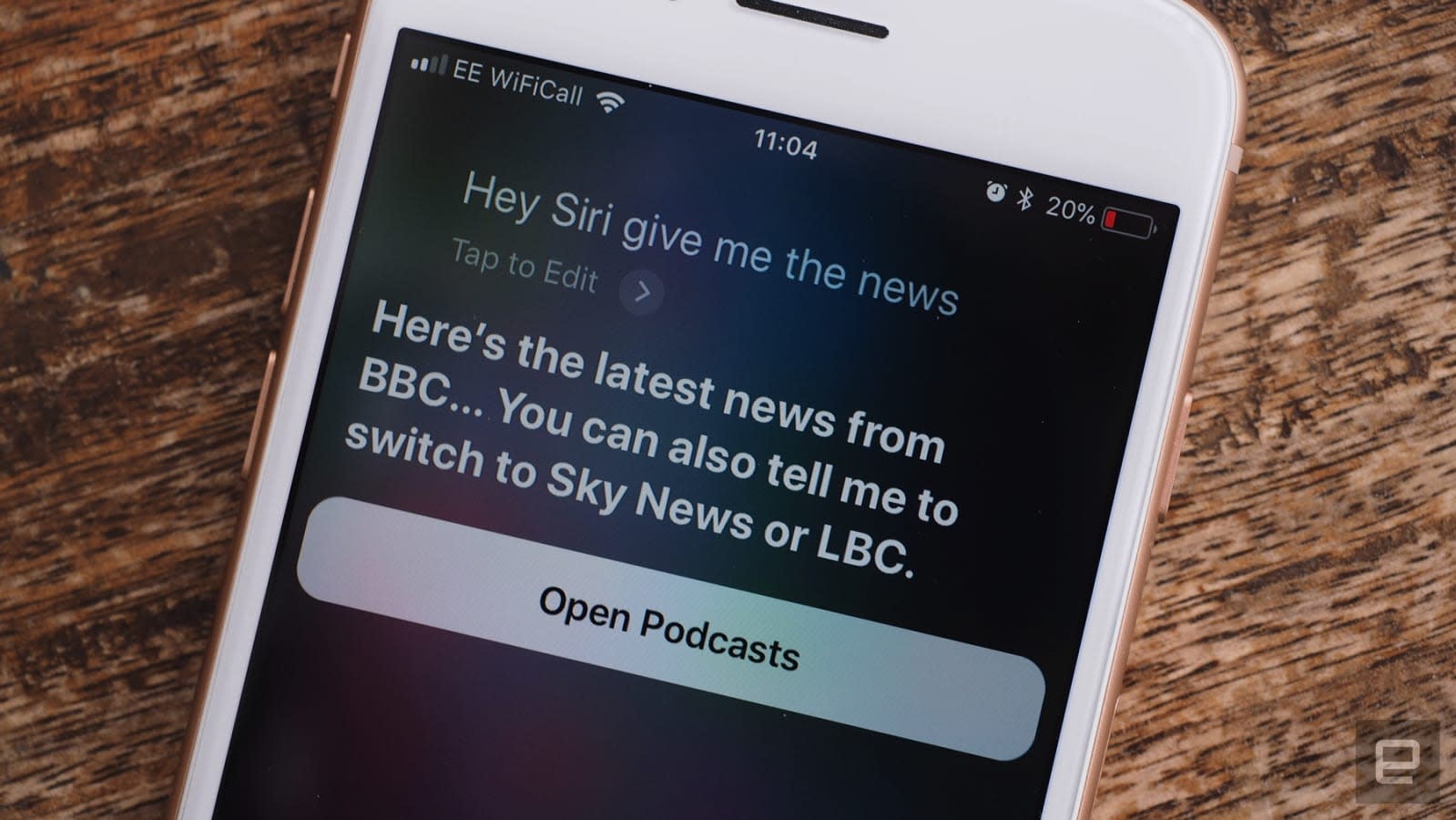 A fix is coming for a bug that led Siri to speak notifications out loud that were hidden behind the lock screen should someone ask about them. "We are aware of this issue and it will be addressed in an upcoming software update," Apple confirmed to Engadget. It's unclear when this will be, as the company could release a minor operating system patch (conceivably 11.2.7) before the next big update iOS 11.3, which is currently in beta.

Brazilian site MacMagazine originally reported the bug earlier this week, noting that asking Siri to read notifications out loud inadvertently includes those that are hidden (i.e. need authentication before they're shared). SMS and iMessages are still kept private, The Verge reported, but Siri reads out hidden messages from third-party apps like Facebook Messenger, WhatsApp and Gmail. Engadget tested this yesterday, and the bug performed as described.

Until an update fixes the issue, there are two currently viable workarounds that Apple recommends:
— Turn off lock screen notifications for sensitive apps (Go to the app in Settings > Notifications > Show on Lock Screen)
— Disable Siri whenever the device is locked (Settings > Siri & Search > Allow Siri When Locked)

In this article: apple, bug, gadgetry, gadgets, gear, ipad, iphone, mobile, siri
All products recommended by Engadget are selected by our editorial team, independent of our parent company. Some of our stories include affiliate links. If you buy something through one of these links, we may earn an affiliate commission.