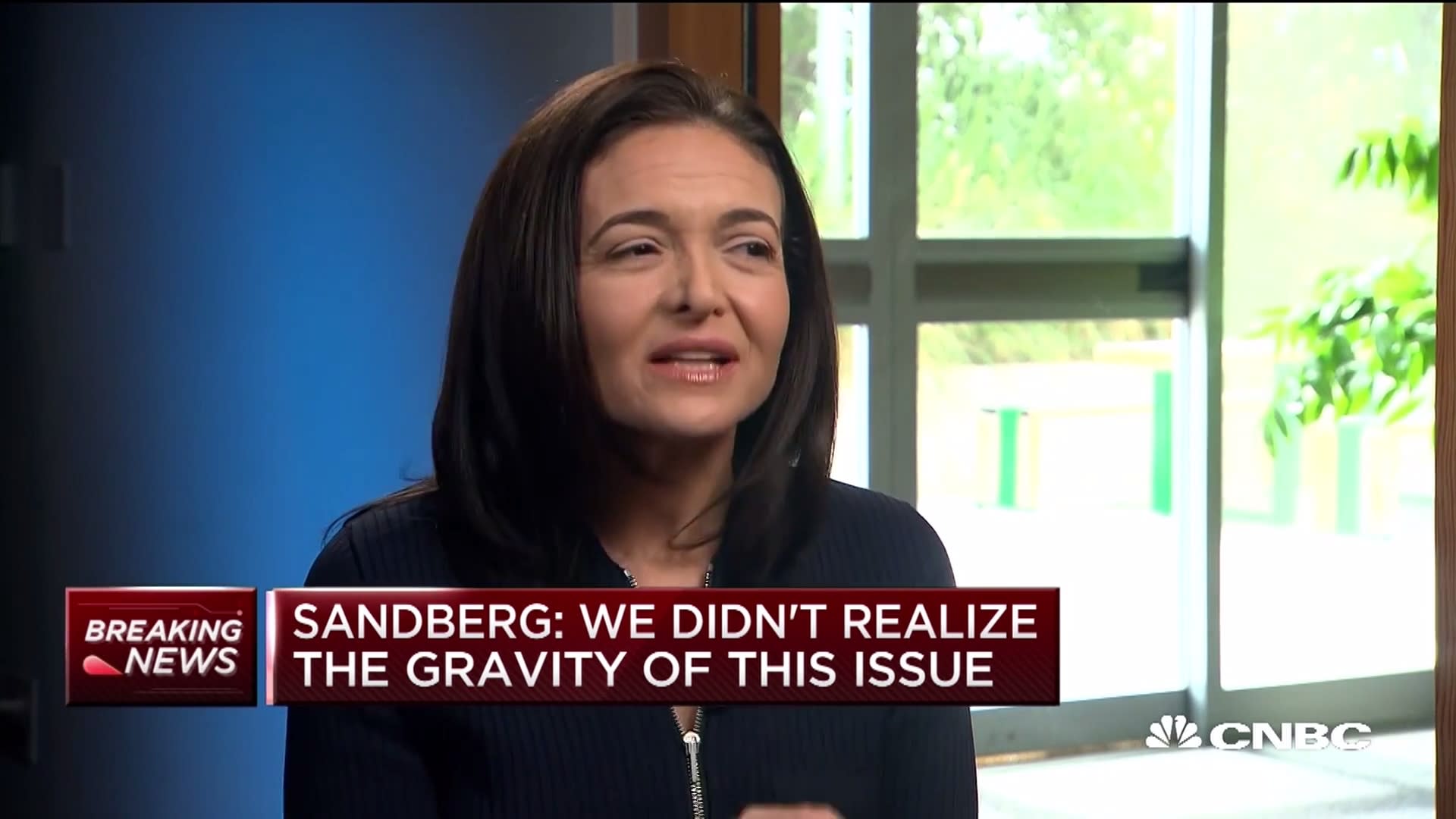 A day after Mark Zuckerberg's media tour, Facebook COO Sheryl Sandberg did her part in front of cameras to apologize and also make a muted reference to possible regulation. Speaking to CNBC the exec said "It's not a question of if regulation, it's a question of what type" and said that if she could do the last week over again, she'd have spoken publicly sooner on the company's dealings with Cambridge Analytica. Like Zuckerberg, there isn't much new in her comments, as Sandberg reiterated that Facebook changed the data privacy policies in question years ago, "but that wasn't enough."

She also declined to promise that something like this couldn't happen again, saying that "there will always be bad actors" along with everything else on the platform. From her viewpoint, Facebook does not "sell your data," since it doesn't tell advertisers who you are even though it lets them push targeted ads your way. All in all it feels like a very calculated appearance to try and manage an expected reaction that the company now feels includes inevitable regulation and ongoing scrutiny.

In this article: cnbc, entertainment, facebook, internet, SherylSandberg
All products recommended by Engadget are selected by our editorial team, independent of our parent company. Some of our stories include affiliate links. If you buy something through one of these links, we may earn an affiliate commission.