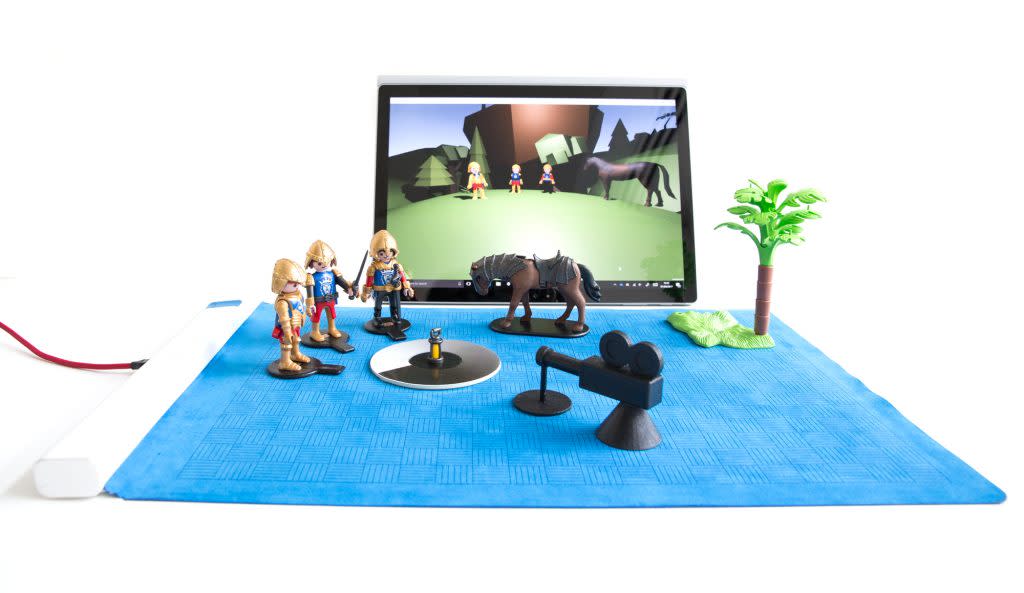 From Amiibos to Skylanders, game companies have led the 'toys to life' charge to translate real-world objects into digital worlds. But those have only transferred proprietary products. Microsoft researchers have developed a prototype smart playmat called Project Zanzibar that can scan in everyday items, even those that don't have a shred of computer tech.

Zanzibar is a 'sensing platform' that combines capacitive sensing to track finger movements with Near Field Communication (NFC) to detect objects. It's also flexible, both literally and systematically: Just hook it up to any tablet or screen and unroll the mat, and you're ready to go. It can sense objects simply by placing an NFC sticker on their bottoms, which tracks them spatially and even vertically, identifying distinct items stacked on top of each other.

There's obvious benefits for play and learning -- the video demonstration above shows off an ad hoc programming lesson made from stringing command blocks together, much like other kid-oriented 'learn-to-code' sets. But there's no reason it couldn't also be used at work for modeling real model objects in a digital space for architects, civic planners, or home designers. While Zanzibar is a long way off from becoming a consumer product, the team behind it will present their findings at the ACM CHI Conference in Montreal later this month, though their paper is downloadable here right now.

In this article: gadgetry, gadgets, gear, NFC, touchpad
All products recommended by Engadget are selected by our editorial team, independent of our parent company. Some of our stories include affiliate links. If you buy something through one of these links, we may earn an affiliate commission.