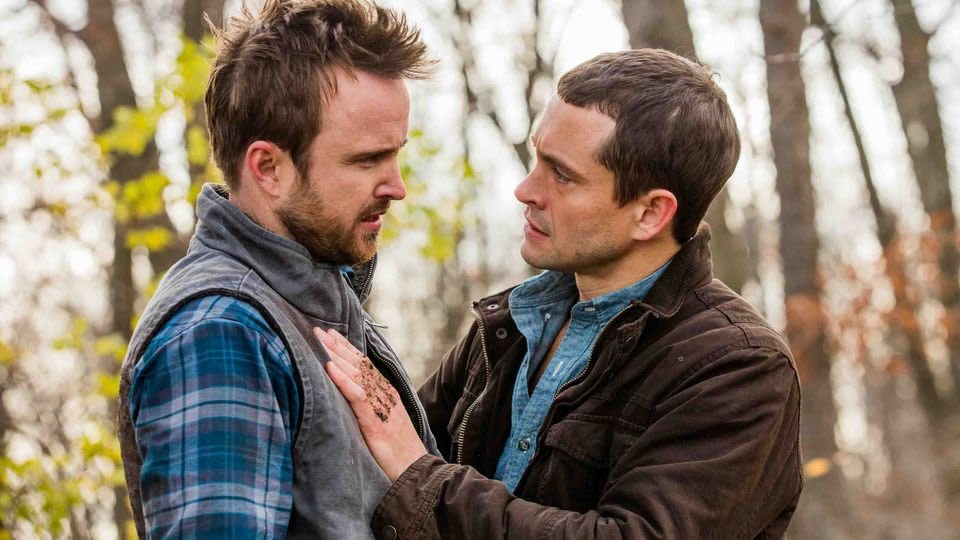 We're afraid some of the Meyerism Movement's unanswered secrets will forever remain a mystery, now that Hulu has chosen not to renew The Path. The streaming platform has canceled one of its most high-profile originals after three seasons -- the third season started airing in January and concluded in late March -- ending the Lane family's journey as part of a controversial cult with a bloody past and a dangerous present. The series starred Aaron Paul (Jesse from Breaking Bad) as the Lane family patriarch who's going through a crisis of faith, Michelle Monaghan as his wife born into the movement and Hugh Dancy as the charismatic cult leader.

Paul confirmed the news on Twitter, where he said:

Sad to say that The Path has ended. Can't thank @hulu enough for making this happen for all of us. What a gift these past three years have been. To everyone who tuned in for these three beautiful season...thank you. We appreciate your love and support. Love and light. 👁

The series' creator, Jessica Goldberg, also said in a statement:

"While it's sad that The Path is ending, I'm brimming with gratitude and pride. It was a gift to be able to tell challenging and emotional stories for three seasons in this very strange and unique world. The caliber of talent and passion everyone who worked on this show brought -- from my partners Jason Katims and Michelle Lee, the execs at Hulu, the writers, actors, directors, designers, and crew -- was something to behold, and for which I'm very thankful. Thanks Hulu and Universal Television for taking a shot on this show, it was a life changing experience."

While Hulu didn't reveal the reason for the cancellation, a study last year found that Hulu (and Amazon) originals just aren't as in demand as Netflix's shows. Hey, at least The Handmaid's Tale is coming back for another season today, and with a number of Emmys and Golden Globes under its belt, it's likely not going away anytime soon.

In this article: av, cancellation, entertainment, hulu, originalprogramming, thepath
All products recommended by Engadget are selected by our editorial team, independent of our parent company. Some of our stories include affiliate links. If you buy something through one of these links, we may earn an affiliate commission.