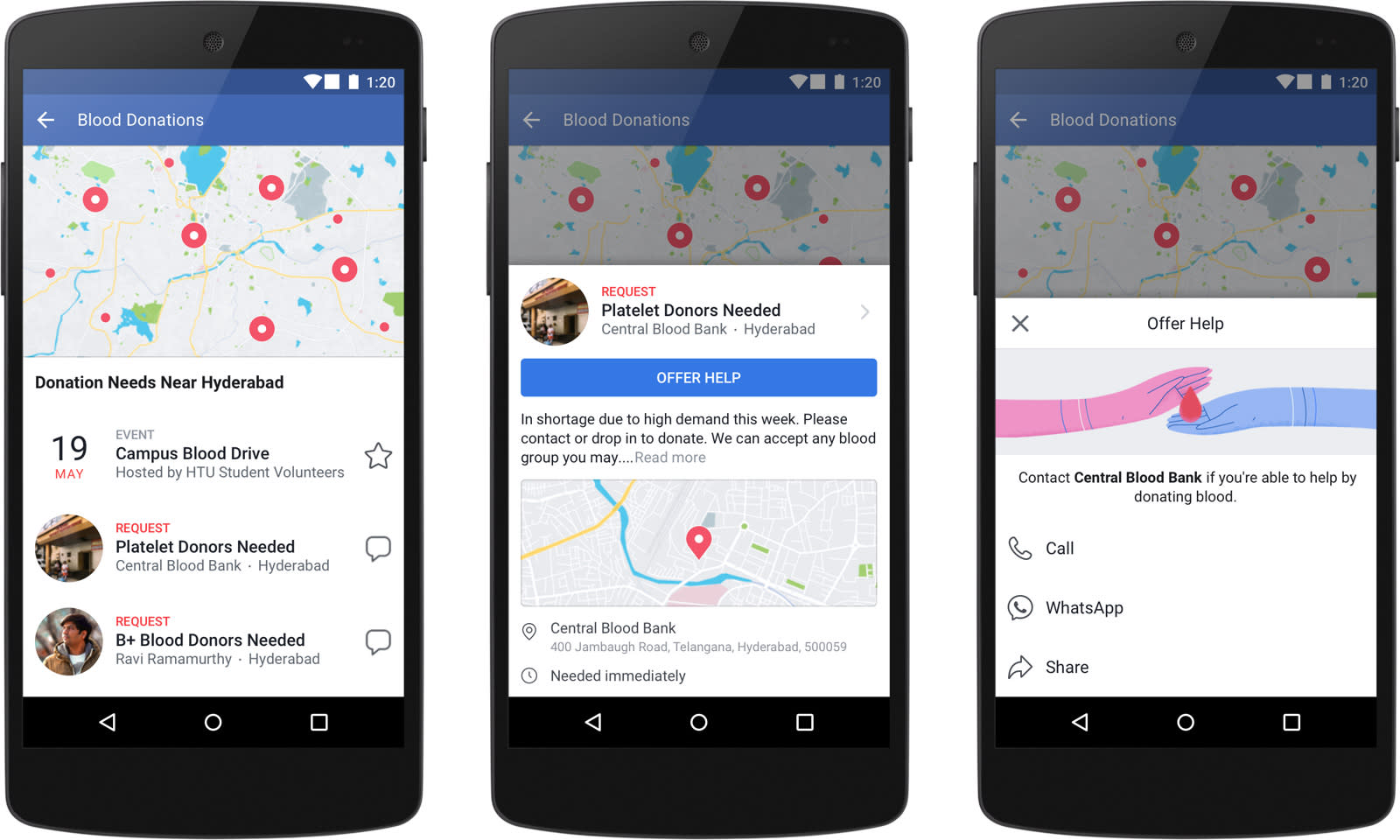 Facebook is offering two new ways to contribute when lives are on the line. For starters, it's launching a Blood Donations on Facebook feature that moves beyond signing up for donations to a full-fledged hub where you can find people and facilities looking for donations. You'll not only see nearby requests, but the urgency and specific details (say, the eligible blood types). From there, you can get in touch if they don't accept walk-ins.

The feature is rolling out to India, Bangladesh and Pakistan over a two-week period starting on May 15th. It'll only be available on mobile to start with. Facebook told Engadget that it's focused on what's "most applicable" to people in these countries, many of whom primarily use their phones to get online. Expansions to other countries will depend on what Facebook learns from this initial launch -- it's serving these initial countries due to demand.

Regardless of where you live, the Crisis Response feature is adding a feature that lets you share important information with other affected people, such as the state of your neighborhood, a damage video or a road closure. It'll be available sometime later this year. And in case you're wondering, Facebook is keenly aware of the potential for abuse: you can only contribute if you've marked yourself safe (in other words, you have to be in the affected area), and you're still subject to community standards. In theory, you'll only see updates from those in a position to know.

In this article: blooddonation, crisisresponse, f82018, facebook, gear, internet, mobile, socialnetwork, socialnetworking
All products recommended by Engadget are selected by our editorial team, independent of our parent company. Some of our stories include affiliate links. If you buy something through one of these links, we may earn an affiliate commission.