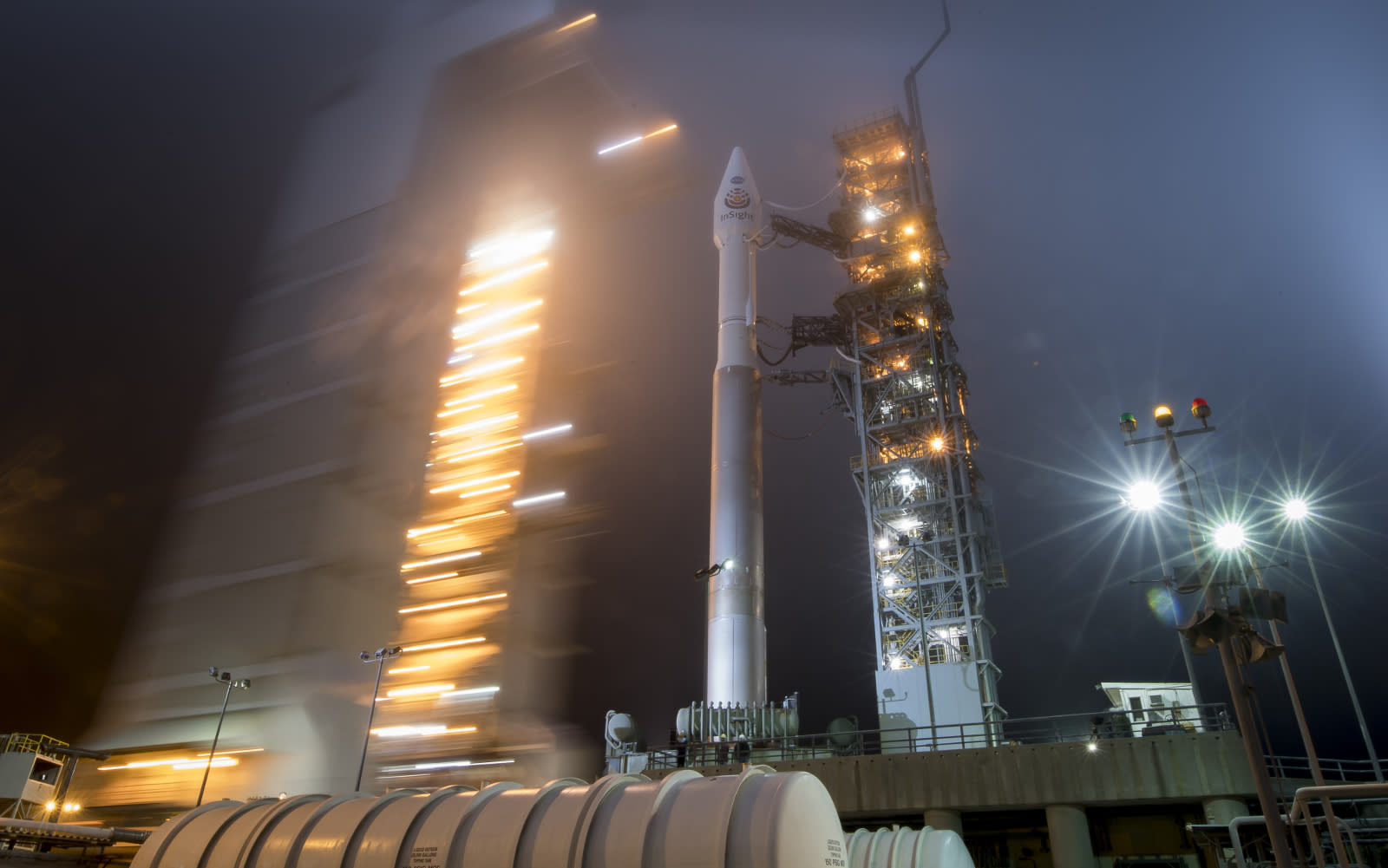 The first NASA mission that will look into the Martian interior is now on its way to the red planet. NASA's Mars InSight lander has launched on top of a ULA Atlas V rocket and is a historic launch in several ways. In addition to being the agency's first spacecraft to study the Martian subsurface, it's NASA's first lander since the Phoenix arrived on the planet in 2008. The Curiosity followed the Phoenix four years later, but as we all know, the car-sized spacecraft that loves taking selfies is a rover.

InSight is also the first NASA interplanetary mission to launch from the West Coast, particularly from Space Launch Complex 3E at the US Air Force Vandenberg Base. After it arrives on the planet on November 26th, (around 3PM Eastern time), it will deploy a seismometer and a heat probe to detect Marsquakes and monitor the flow of heat. Its findings will help us better understand what's underneath the Martian surface, such as how thick its crust is. The data it sends back could also shed light on how rocky planets and their natural satellites are formed -- including our own.

LIFTOFF! Humanity's next mission to Mars has left the pad! @NASAInSight heads into space for a ~6 month journey to Mars where it will take the planet's vital signs and help us understand how rocky planets formed. Watch: https://t.co/SA1B0Dglms pic.twitter.com/wBqFc47L5p

In this article: gear, insightlander, Mars, NASA, redplanet, space
All products recommended by Engadget are selected by our editorial team, independent of our parent company. Some of our stories include affiliate links. If you buy something through one of these links, we may earn an affiliate commission.