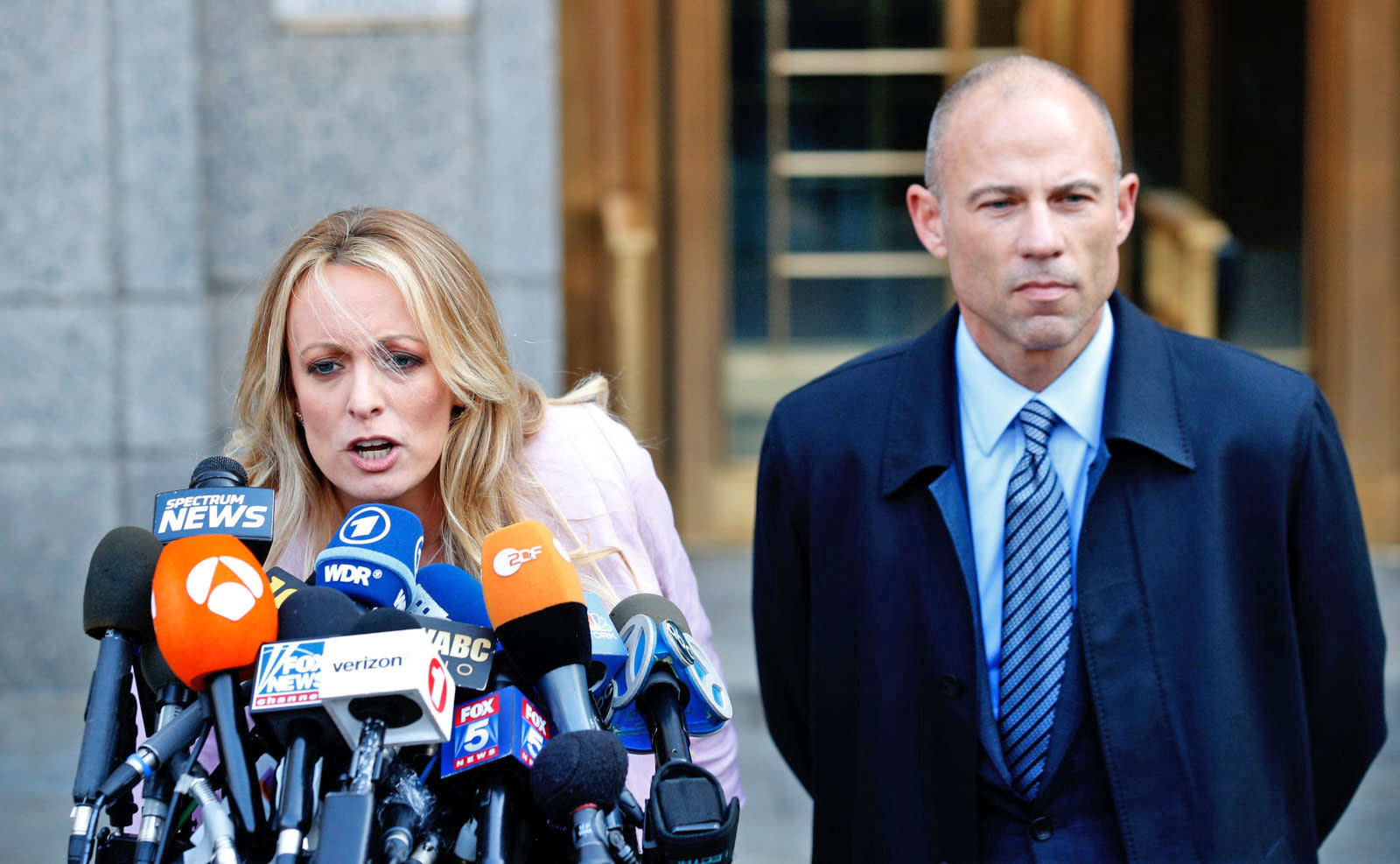 The story of a $130,000 payment from President Donald Trump's personal lawyer Michael Cohen to Stephanie Clifford, professionally known as the adult film actress Stormy Daniels, took another turn tonight and it involves AT&T. Daniels' lawyer Michael Avenatti tweeted earlier claiming the President and Cohen "have a lot of explaining to do," linking to a document detailing "suspicious financial transactions" involving the Essential Consultants LLC that Cohen formed in 2016 (PDF) to pay Daniels.

In a statement given to CNBC, AT&T confirmed the $200,000 payment reported by Avenatti, saying Cohen's firm was one of several engaged for "insights" into the new administration. In court, Cohen has said he represented only Trump, Elliott Broidy and Sean Hannity. Former New York City mayor and current Trump lawyer Rudolph Giuliani went on Fox News last week to say that Trump reimbursed Cohen for the payment, but the payments revealed by Avenatti suggest funding could have come from a number of other sources, including AT&T. Whatever they were for, they came at the same time the company has been seeking approval for its merger with Time Warner.

Cohen, the US Attorney in Manhattan and the White House have yet to comment on the transfer. As far as what this could mean for any of the parties involved, or AT&T's still-pending transaction, we will just have to wait and see.

Update (5/9): Reuters reports via a source that the $50,000 payments by AT&T were part of an annual contract that could have totaled as much as $600,000. AT&T's statement confirmed it paid Essential Consulting, but did not specify how much. The documents released by Avenatti also showed payments by a drug company, Novartis, which has issued a statement saying that it paid Cohen $1.2 million for advice on Obamacare, however, it also said he was unable to provide the advice.

The payments by AT&T in "early 2017" came at the same time the FCC decided to roll back net neutrality protections, which has attracted the notice of Democratic Senators Richard Blumenthal and Ed Markey, who called for an investigation by the Judiciary Committee.

Essential Consulting was one of several firms we engaged in early 2017 to provide insights into understanding the new administration. They did no legal or lobbying work for us, and the contract ended in December 2017

After significant investigation, we have discovered that Mr. Trump's atty Mr. Cohen received approximately $500,000 in the mos. after the election from a company controlled by a Russian Oligarc with close ties to Mr. Putin. These monies may have reimbursed the $130k payment.

The Executive Summary from our first Preliminary Report on Findings may be accessed via the link below. Mr. Trump and Mr. Cohen have a lot of explaining to do.https://t.co/179WvIkRlD

Here is a new link to our Executive Summary as the old link is no longer active. https://t.co/DabZ44dWgK