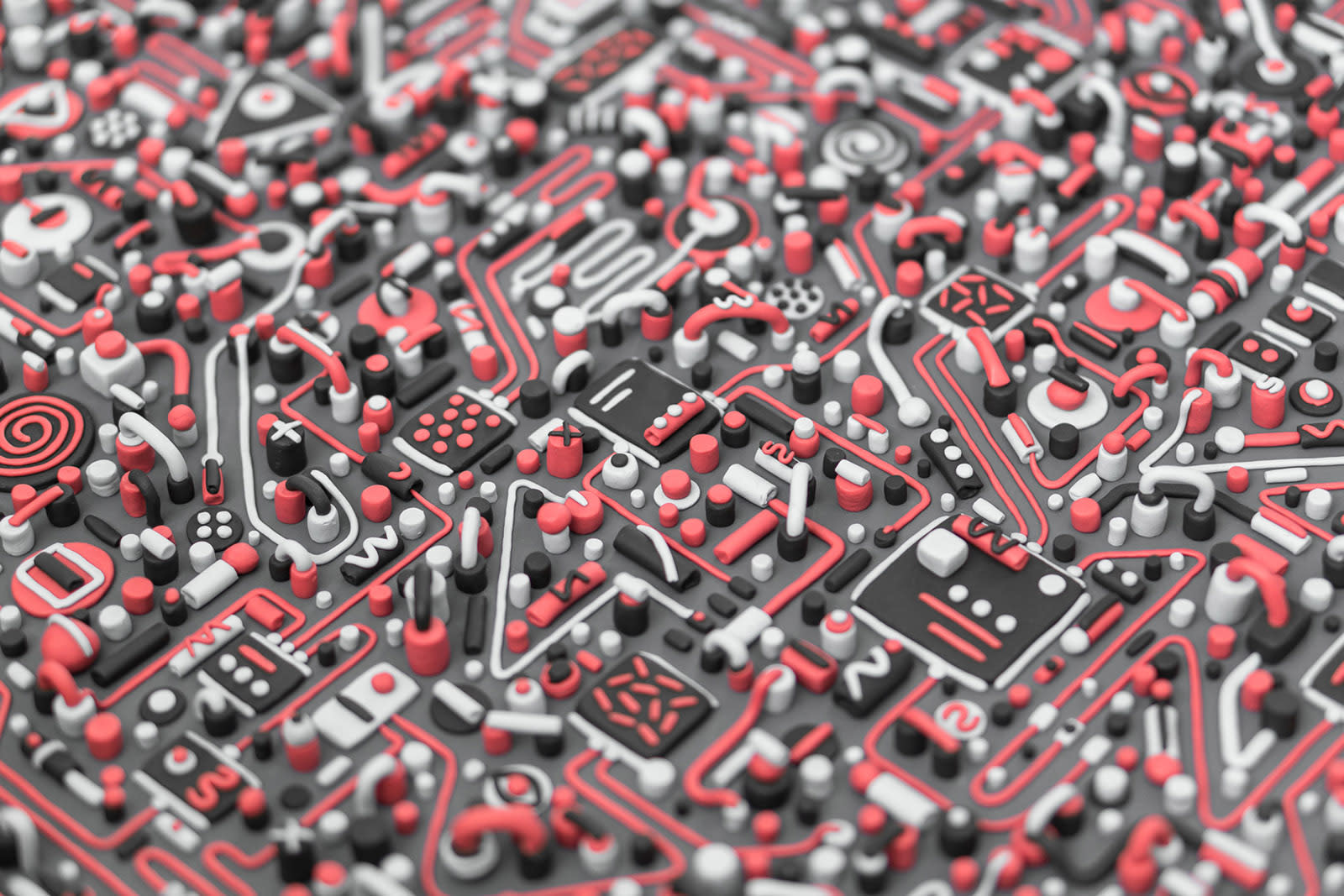 How will the people of tomorrow judge what we call advanced technology today? Artist Tim Easley explored that subject with a piece he created for the UK electronic dance music group Modified Man. Using plasticine clay, he created a highly detailed, fanciful circuit board measuring 20 by 20 inches (50 x 50 cm) for the cover of the duo's latest release, Modifications: Set 2.

Adam Scrimshire and Dave Koor, the pair behind Modified Man, create electronic music with jazz/funk/soul influences by marrying vintage instruments and live performance. "By surrounding themselves in tapes, synths, microphones and reverb boxes, they've sought not to wallow in nostalgia, but to grab some physical, real energy from solid objects," the album notes say.

To capture that vibe for the album art, Easley created a sculpture that also marries the analog and electronic. "The idea behind the cover was how the modified men of the future may make artwork out of ancient circuit boards, not quite understanding what they were for because of their crude appearance," wrote Easley on Behance. "For this I created a design with representations of computer chips and wires." He did the sculpture himself, using black, gray and white plasticine, starting with the chips in black, adding the white "solder" around them, and eventually filling in the electronic white traces and red wiring. The result is a whimsical, intricate design that must have required steady hands and a lot of fiddling.

"It was sculpted entirely out of plasticine and took around 80 hours to complete," he noted. "I then photographed the piece from many different angles, and from this I created the cover and did the design for the rear." Some of the other photos (above), he notes, will be used on future Modified Man releases.

The idea that our descendants might see today's cutting edge tech as so whimsically crude may be a bit hard to take. But then again, think about how silly 30-year-old Motorola brick cellphones look today, then think of how we'll see today's tech in, say, 200 years.

In this article: art, entertainment, Plasticine, TheBigPicture, thenewbigpicture
All products recommended by Engadget are selected by our editorial team, independent of our parent company. Some of our stories include affiliate links. If you buy something through one of these links, we may earn an affiliate commission.

What does Apple want from a VR events company?