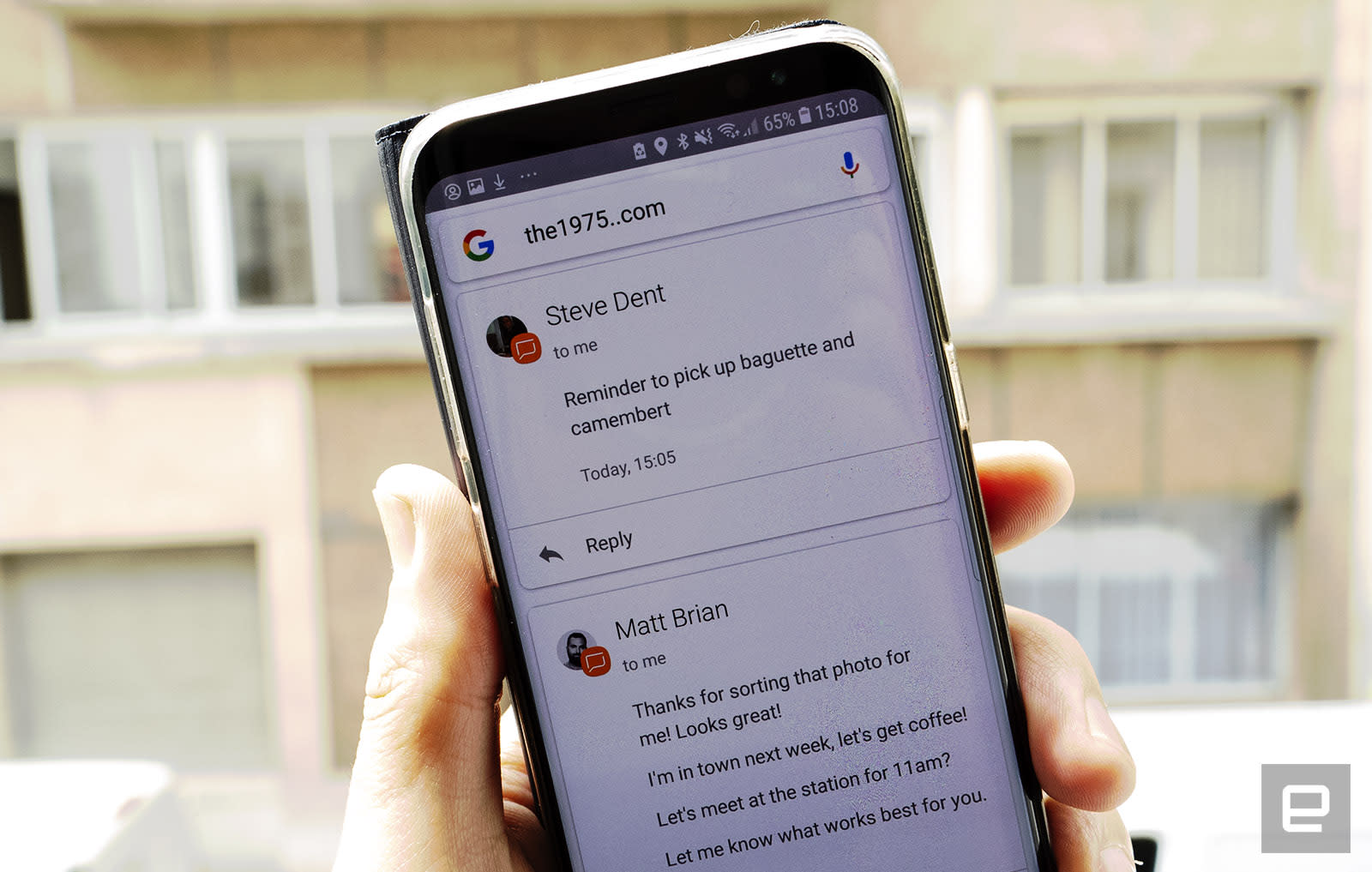 Android smartphones are susceptible to a strange glitch that shows recent text messages when a specific malformed web address is entered. If you type "the1975..com" (with two periods) into the Google app, it delivers a summary of recent conversations instead of performing a search or attempting to pull up the eponymous rock band's website.

Redditor Krizastro accidentally discovered the issue while using Google's Pixel Launcher. As 9to5Google explains, Android faithfuls can already view an SMS summary when they type "show my text messages" into the Google app. Accessing texts this way is not particularly new -- it displays message contents, the sender's number, and timestamps on a Google card. However, "the1975..com" query performing the same action is new, and rather strange.

Other Reddit users quickly pointed out that "Vizel viagens", "Izela viagens" and "Zela viagens" produced the same effect, and that the Galaxy S7, S8+, S9+ and HTC U11 weren't immune to the glitch either.

At any rate, the bug appears to be non-threatening and only affects users who've given Google permission to access their device contacts. Without that clearance, the glitch won't manifest and users instead see an access request prompt. At this stage, Google hasn't provided official comment, however, the likelihood is high that the glitch will be cleaned up in no time.

In this article: android, gear, glitch, google, mobile, TL18BUG
All products recommended by Engadget are selected by our editorial team, independent of our parent company. Some of our stories include affiliate links. If you buy something through one of these links, we may earn an affiliate commission.