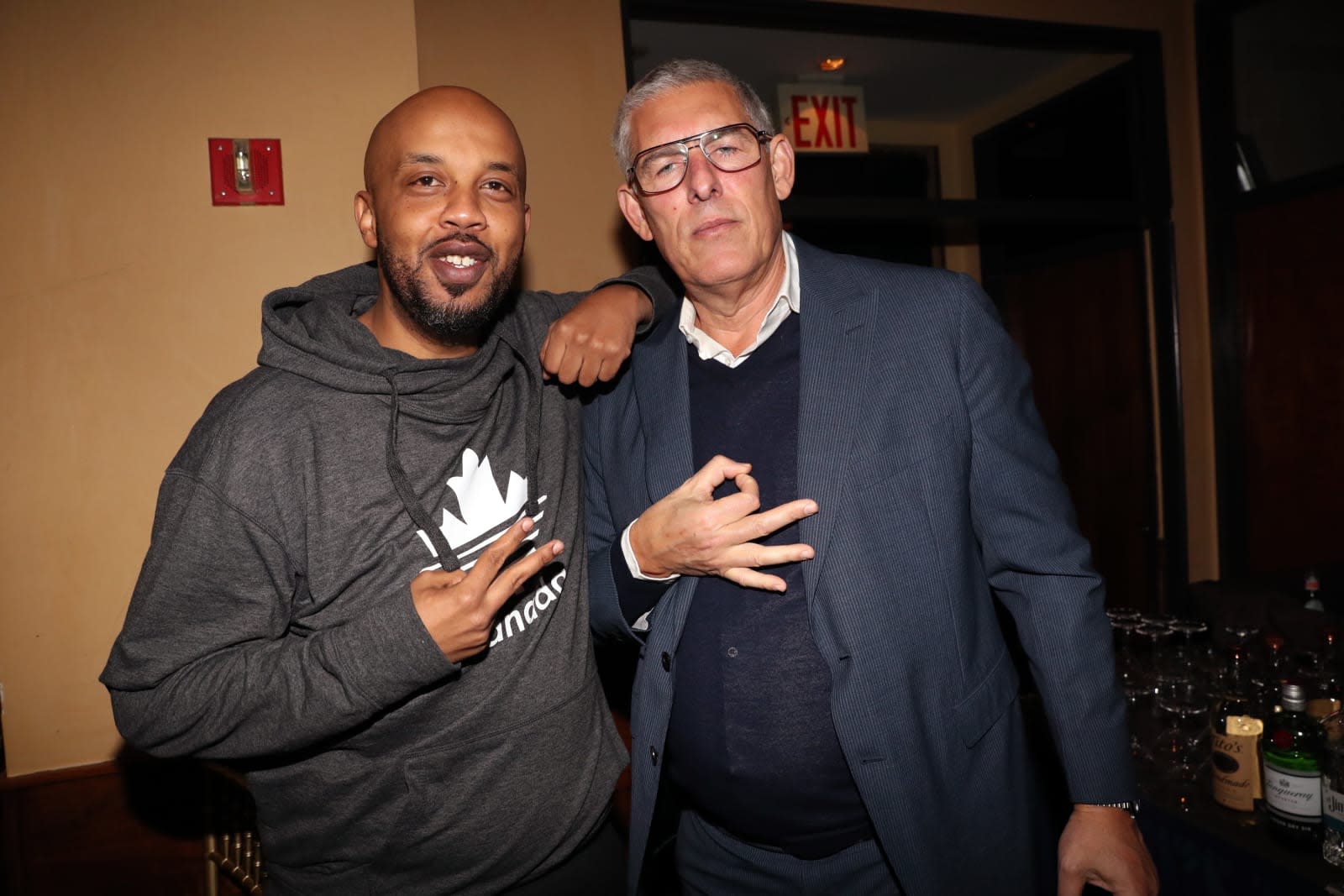 YouTube's latest streaming music initiative may be off to a rough start, but it's determined to step up its game. The service has confirmed months-long rumors that it hired Spotify's hip-hop programming head Tuma Basa (pictured at left) to become its urban music director. The music industry veteran will use his "deep knowledge" to help connect "artists and fans," according to YouTube's music lead Lyor Cohen (shown at right).

Basa is best known for curating Spotify's legendary RapCaviar playlist, both fueling its popularity (over 9 million followers to date) and providing exposure to artists. YouTube is clearly hoping for a similar effect, whether it's with its recently launched YouTube Music service or its videos. If YouTube breaks a hot new rap star or otherwise becomes extra-relevant to the urban music community, you'll know why.

This isn't the first high-profile poaching incident. Spotify recruited Apple Music's hip-hop programming lead in April, for instance, and likely for similar reasons to those that prompted YouTube's move. Streaming music services thrive on both discovering new artists and creating compelling playlists -- a top curator could easily be worth the expense if they encourage millions of people to switch services.

In this article: entertainment, gear, google, internet, music, services, spotify, streaming, tumabasa, youtubemusic
All products recommended by Engadget are selected by our editorial team, independent of our parent company. Some of our stories include affiliate links. If you buy something through one of these links, we may earn an affiliate commission.