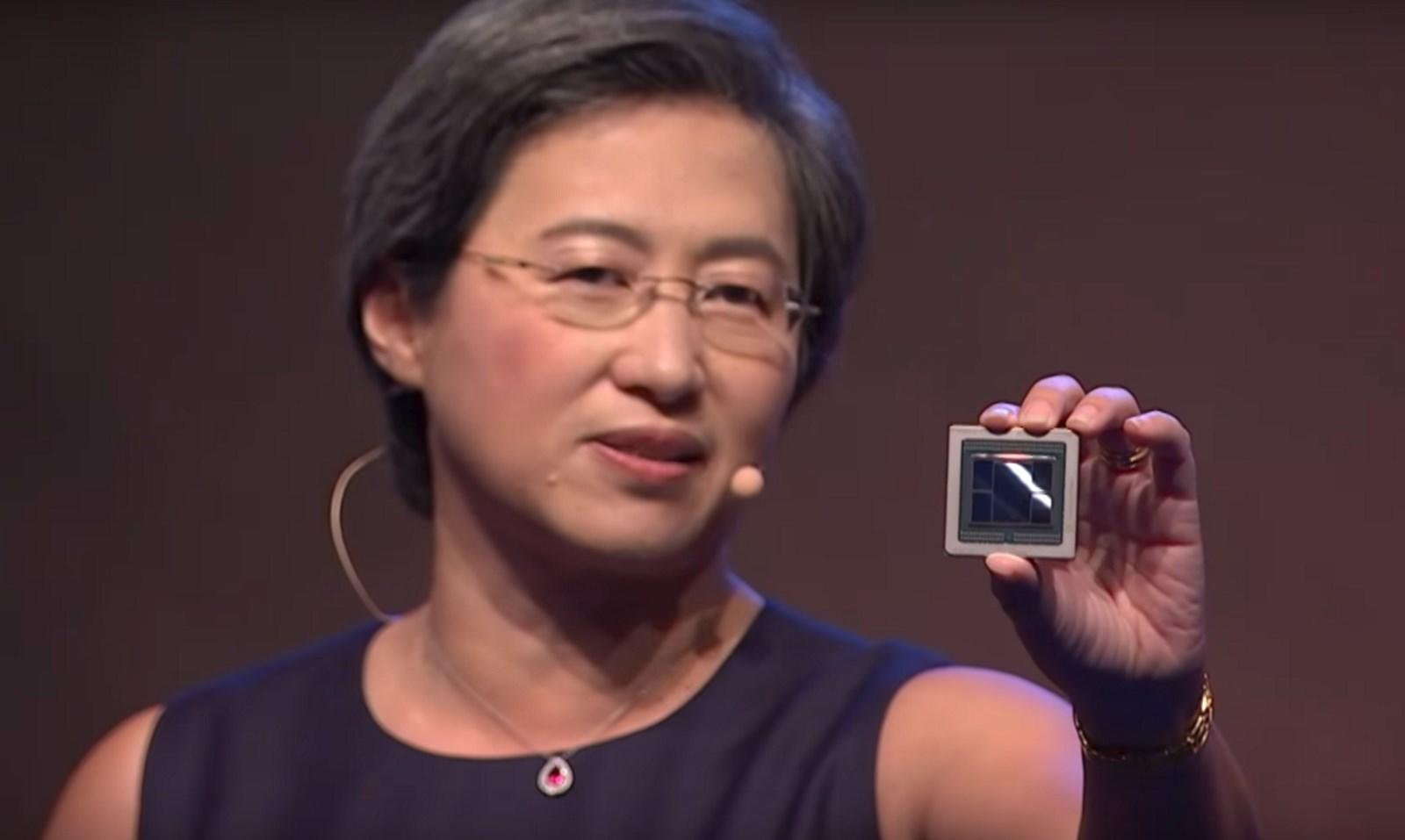 AMD wasn't content just to unveil its 32-core Threadripper chip today. The company also gave us a glimpse of the Vega 7nm GPU, the first graphics processor to be built on such a small process. It's part of the company's Radeon Instinct line, and consequently, it's mainly meant for servers and complex tasks like machine learning. AMD CEO Lisa Su assured the crowd that 7nm Navi chips are on the way for gaming cards, but there's a good chance we won't see those until 2019.

AMD didn't reveal many hardware details for the 7nm Vega except for the fact that it was toting 32GB of HBM2 memory. The company claims that its 7nm process technology will increase performance 1.35 times, double power efficiency and allow for twice the density. AMD is currently sampling the 7nm Radeon Instinct to select customers, and it'll officially launch for servers and workstations in the second half of the year. No pricing details were given, but Instinct cards are notoriously expensive (the MI25 sells for $8,330 online), since they're meant for heavy-duty workloads.

In this article: 7nm, amd, computex2018, gadgetry, gadgets, gear, gpus, RadeonInstinctVega
All products recommended by Engadget are selected by our editorial team, independent of our parent company. Some of our stories include affiliate links. If you buy something through one of these links, we may earn an affiliate commission.