Intel wants to get you excited for PCs with 'Creator' machines

They might even tempt over a disgruntled Mac owner or two.

Stylish gaming rigs aren't hard to find today, but with its "Creator PC" initiative, Intel is aiming to inspire hardware makers to develop high-end computers that'll appeal to a wider audience. You can think of it like Intel's push for thin and light Ultrabooks years ago, though the company isn't planning to spend nearly as much marketing Creator PCs. It's more of a "build it and they will come" approach, with an emphasis on design and cutting edge hardware like Intel's Optane SSDs and Thunderbolt 3 connectivity.

So far, the lineup includes recent releases like Dell's XPS 15 2-in-1, HP's Spectre x360 and MSI's GS65 Stealth Thin. But at Computex, we got a glimpse at some upcoming desktop offerings from ASUS, MSI and Corsair, and they don't look like your average rigs. The ASUS MiniPC ProArt PA90 (which desperately needs a simpler name), for example, is a semi-cylindrical mid-tower machine featuring NVIDIA's Quadro pro-grade GPU. Corsair also showed off a desktop that's similarly shaped, while MSI demoed the slim Trident X. Sure, they're still unmistakably PCs, but their designs have a touch of refinement that you'd typically find on gaming machines and Macs. 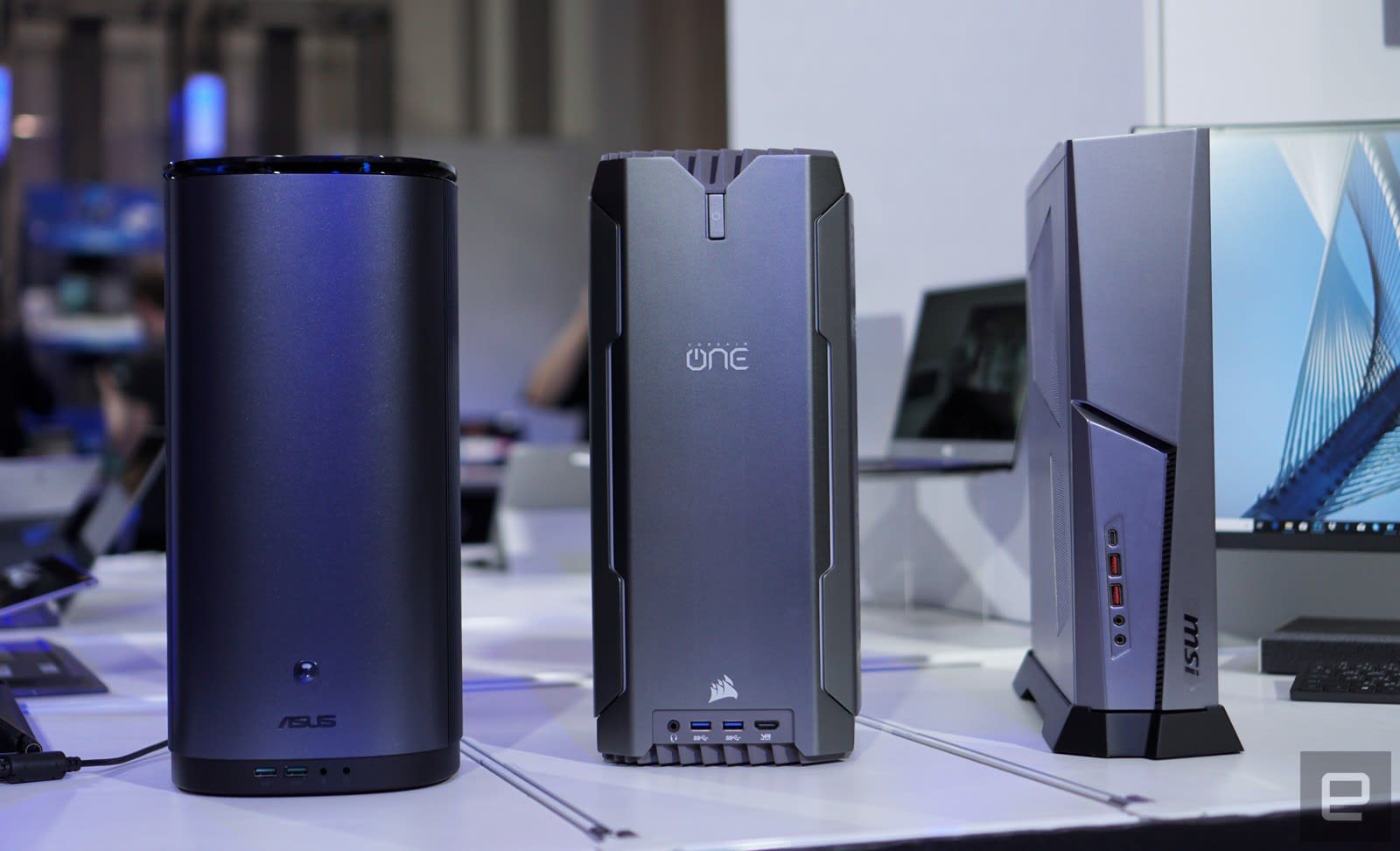 Intel is also working with partners like Tactual Labs to develop new touchscreen monitor technology meant to compete with expensive drawing tablets. In a brief pen input comparison, Intel clocked a Wacom device's responsiveness at 150 FPS, while its prototype monitor achieved a much smoother 400FPS. And of course, another benefit with Intel's solution is that it's also a regular capacitive touchscreen, whereas Wacom's hardware relies on electro-magnetic resistance. Intel seems to have taken a cue from Microsoft's Surface Studio -- the company tells me it's also exploring new hinge implementations for Creator monitors.

Based on what we've seen so far, Intel's Creator PC program mainly exists to remind professionals that they should look beyond Apple's hardware when they need a new computer. Techies might have noticed that Windows-powered machines are better than ever, but it's something mainstream consumers could easily miss.