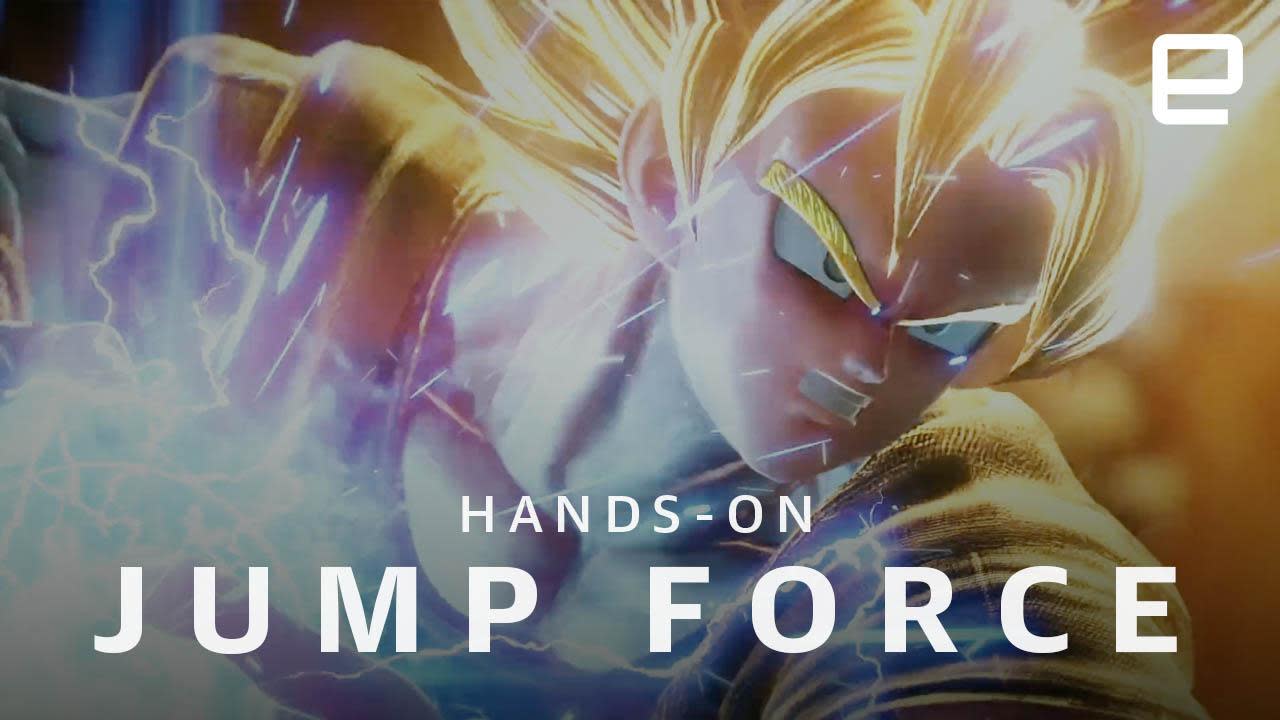 Bandai Namco continues to perfect the art of anime video game. Following its well-regarded Naruto Ultimate Storm series and last year's incredible-looking Dragonball FighterZ, it's time to bring all the heroes together. Jump Force, named after the best-selling line of manga magazines in Japan, draws on heroes (and villains) from hugely influential series like One Piece and Dragonball Z and fires it all at planet Earth. Yep, this manga crossover brings giant energy balls, elasticated limbs and ninjitsu to places like New York. Destructive, enjoyable, chaos ensues.

(And if you haven't heard of Jump, think of this game like a Marvel universe beat-em-up, but with more subbing and dubbing.)

This game looks amazing, and the characters' most high-powered attacks, without even going into your super form, are all spectacular. It's like a CGI anime movie: As you throw / punch / launch an enemy across stages, the combination of the motion blur effect and vibrant environments amp up the cinematic feel. That said, I'm not quite sold on the more realistic character design: I preferred FighterZ's cel-animated look (even if it was secretly polygons).

Bandai Namco has involved Jump (and the artists behind these characters) for input on its slightly more realistic characters. There are flecks of dirt on Naruto's ninja boots, Goku and Luffy have a sweaty glaze to their skin -- it adds to the Earth-as-battleground feel, at least. Said battlegrounds are still peppered with nods to manga and anime series, with the Swiss Alps acting as the crash site for DragonBall Z ships and pods. You don't need to be an expert beat-em-up player to enjoy this. Like FighterZ or Naruto fighters in the past, moves are simple to unleash, regardless of skill level. There might be a deeper game buried here, but at this early stage, it's hard to see where high-level play would come in. Bandai Namco has outlined the inclusion of tag attacks, combo breakers, not to mention level damage and transitions between different stages, but during my half-hour of play it was hard to grasp how they worked -- or even if they mattered in the grand scheme of so many bombastic specials.

After charging your energy gauge and then combining that same charge trigger with an attack button to launch one of four special attacks, including iconic moves like the genki dama, rasengan and death beam. Regardless of your skill level, every battle feels like an epic one, although the relentlessly grand scale can desensitize. Maybe it's too much of a good thing?

Jump Force is still in the early stages of development, with a launch date some time in 2019, and for some anime fans, too many over-the-top moves and a slightly foggy battle system won't detract from the fun.

In this article: art, e3, e32018, gadgetry, gadgets, gaming, sony, video
All products recommended by Engadget are selected by our editorial team, independent of our parent company. Some of our stories include affiliate links. If you buy something through one of these links, we may earn an affiliate commission.