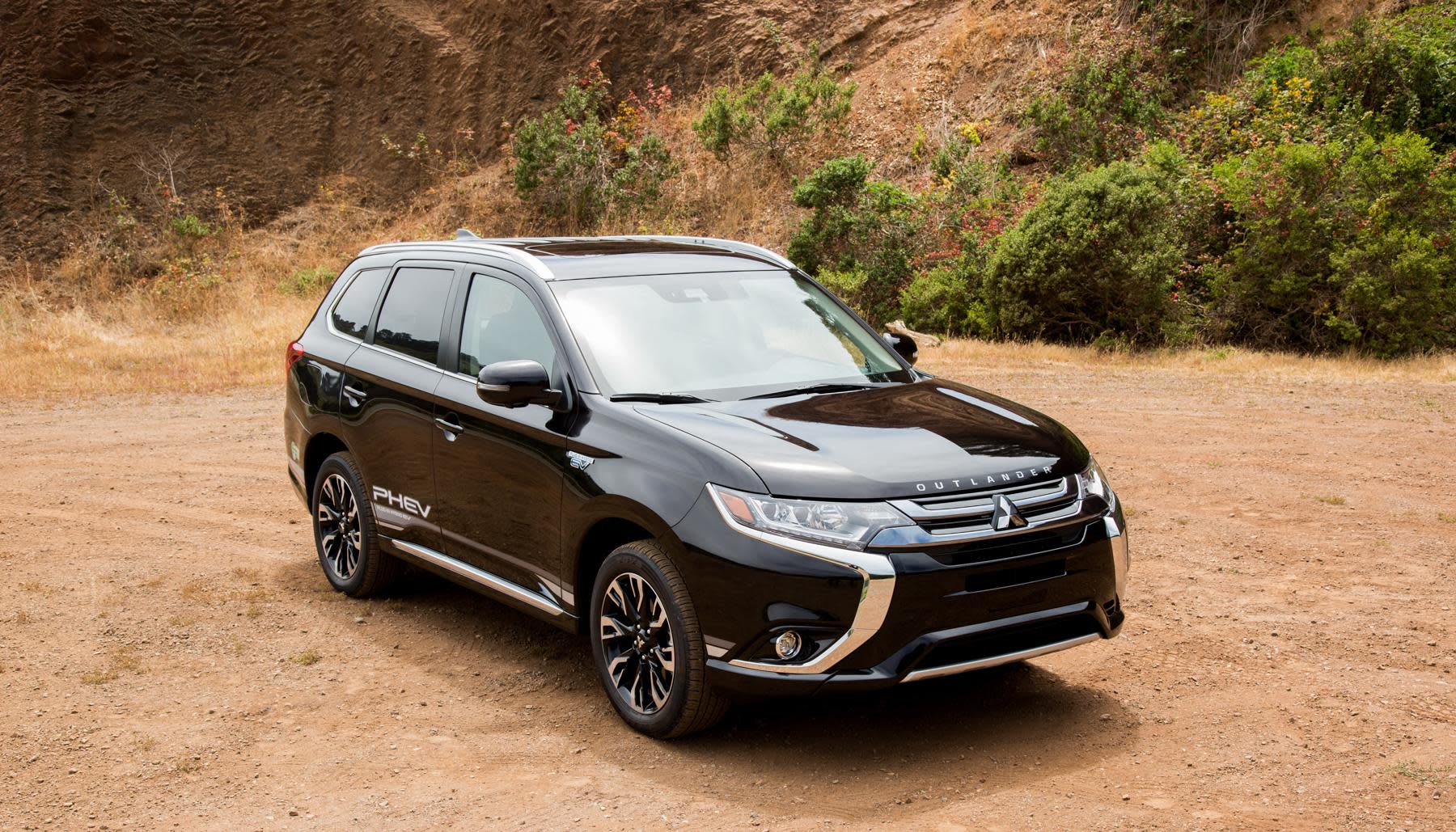 Mitsubishi is back, even though it actually never left.

No one would blame you if you thought Mitsubishi no longer sold cars in the United States. After being a major player in the sport compact segment during the '90s and 2000s, the automaker just sort of faded away from the vehicle zeitgeist. While its profile was almost nonexistent in the United States in the past few years, in Europe, the company's Outlander Plug-In Hybrid (starting at $34,595) has been a huge hit.

Now the hybrid SUV is available in the United States, and I got a chance to see what all the hype is about. What I discovered was a vehicle that nearly hits all the checkmarks for an electrified vehicle that surprised me with its comfort and puzzled me with its infotainment system. For every weird decision made by the automaker, thankfully there were two or more features that brought me back around.

The Mitsubishi Outlander PHEV (Plug-in hybrid electric vehicle) is comfortable. Typically there are a few things I have to get used to with a car. The seats might be great but only after you adjust them etcetera. The moment I got in the PHEV, whether it be in the driver, passenger or even the back seats, it was comfy. It felt more like the car equivalent of a La-Z-Boy than a high-end European-designed chair that cost more than your first car.

The ability to impress on a level that's less about keeping up with the Jones and more about just making you feel at home is part of the Outlander's charm. The dash and console -- well, let's face it, they're not ugly but do feel a bit dated. At least most of the buttons are placed in areas that actually make sense and don't require you to go hunting for features in an infotainment system. 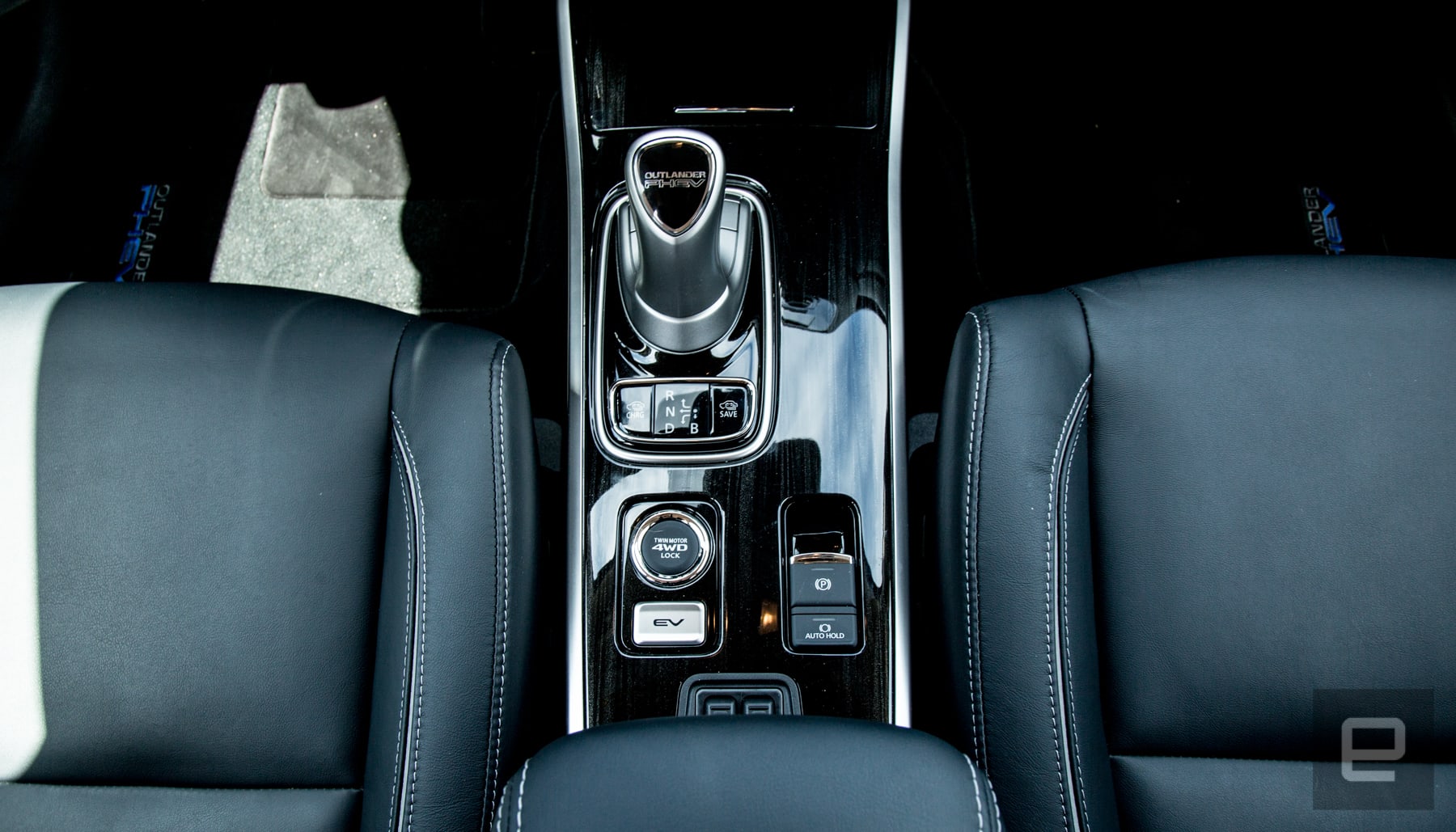 They also have pretty straightforward names. Like "Save" to save the battery charge until you reach a location where driving in pure hybrid mode makes sense. That's located along with EV and Charge buttons near the gear shift. You know, where you would expect them to be.

Another cool bonus to the many buttons of the Outlander PHEV is the standard 360 camera feature that can be turned on via a button on the steering wheel. Like most cars, the Outlander switches on the camera view while backing up, but also like a lot of cars, when you put the car in drive, the camera turns off, which is a pain while parallel parking. With the PHEV, a simple tap on the steering wheel, I was back to pulling into tight parking spaces.

When you're not parking and actually on the road, the Outlander PHEV offers up a smooth ride as long as you're going in a straight line. Tight corners will quickly remind you how high off the ground you are thanks to body roll.

Most of that forward comfort comes from the car's EV powertrain. Two electric motors push 80 horsepower each while a four-cylinder engine pumps out 117 horsepower. That internal combustion engine acts as a generator keeping the vehicle humming along even when the battery is low. The electrified ride is interrupted with the seemingly random moments when the gas powertrain kicks in to keep the SUV going. It never detracts from the ride and you do sort of get used to it, but it's like listening to a nice symphony then someone randomly added a loud guitar riff from the wings of the concert hall.

Fortunately, the AWD (all-wheel drive) Outlander PHEV has an impressive pure electric range of 22 miles, which means if you plug it in at night and at work and you have a 15-mile commute, you'll rarely hear the grumbling from the engine. I got about 18 miles between charges while driving mostly on city streets. 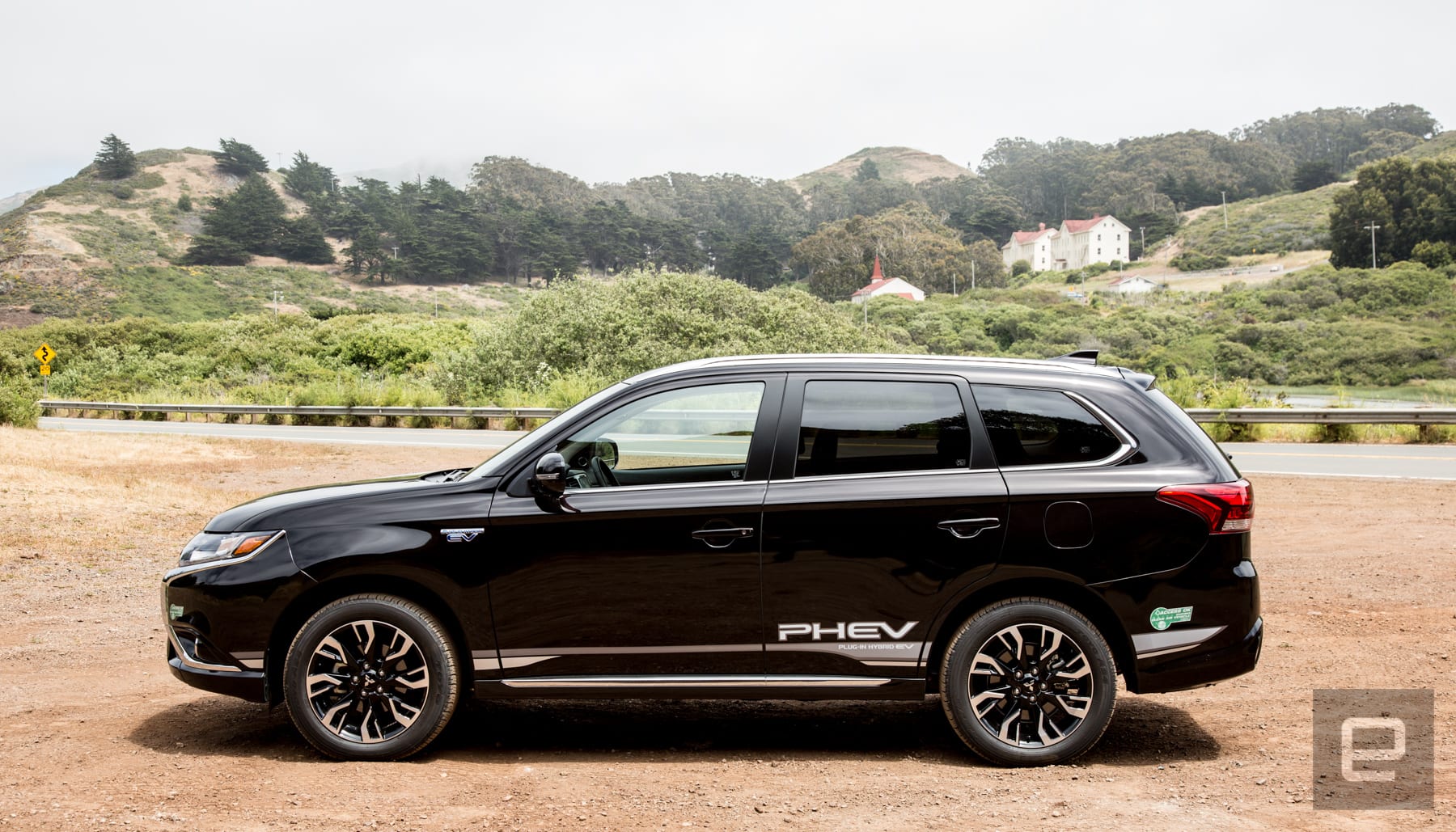 In hybrid mode, the vehicle is rated for 74 MPGe and 25 MPG running only on gas. During mixed driving (highway and in the city) in and around San Francisco beyond the rated 22-mile range, I got about 47 miles per gallon. That was without a mid-day charge when I got to the mall. All the stalls were full.

If spots were open, I wouldn't have had to worry about the type of charger I got because the Outlander PHEV supports both CHAdeMO DC fast charging and level 2 charging. It's got two ports! It's like if the MacBook Pro had a USB C and traditional USB port on it so you'd never have to use a dongle. So that's nice.

The electrified tech of the car is on par with the rest of the industry and is available at a reasonable price. In fact, it's even a bit better than most hybrid SUVs thanks to its all-wheel-drive powertrain (you know for snow and off-roading). Unfortunately, the infotainment system is way behind everyone else and in one case just plain weird.

First off, the trim level I tested (GT) supports Android Auto and CarPlay but doesn't have any sort of navigation. I found a GPS feature that shows you which satellites the car sees but no mapping. That's just weird.

The infotainment system is really just a way to select media modes and see and set EV features. It feels very dated, and I used my iPhone way more than I do in other cars I test. If you do opt for this car, just make sure whatever trim level you get supports your phone. You'll be way happier for it.

What it lacks in the in-dash tech of the last few years, it makes up for in other fun little features. Like two power outlets, in case you want to plug in your laptop. Also, the paddle shifters have been set to act as regenerative braking adjustments giving you fine control over how much you want the engine to slow the car when you take your foot off the accelerator. 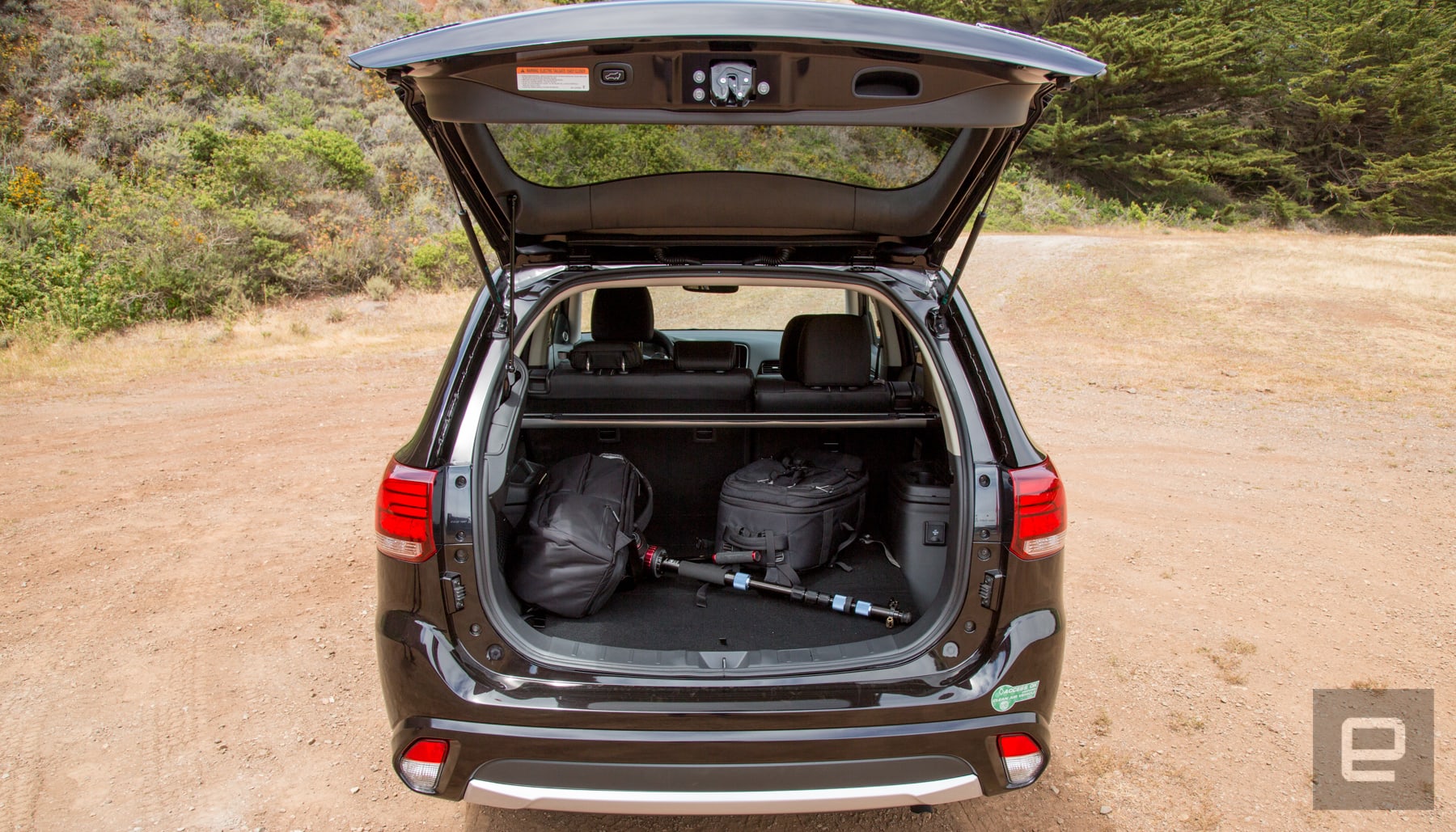 In all, I see why the Outlander PHEV does so well in Europe. It's mostly charming and delivers on the SUV promise of lots of room and the ability to actually tackle situations that require all-wheel drive. The infotainment system is a blast from the past and a stark reminder why people use Android Auto and CarPlay. But overall, for the price, it's a solid performer that's comfortable and sometimes, that's all you really want.