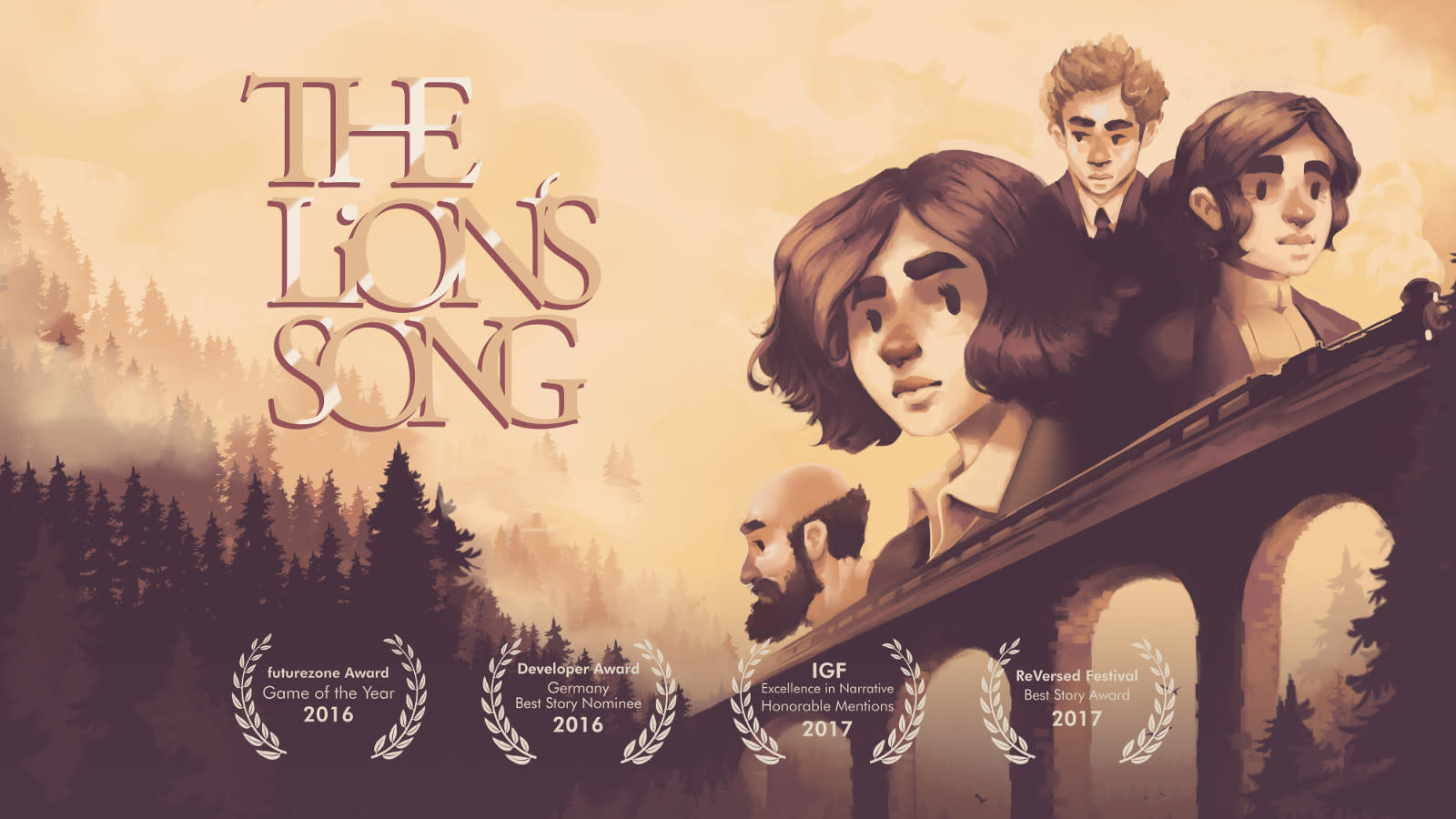 Very few people would add The Lion's Song in their Nintendo Switch wish list, but those who would now only have to wait a few more days. The critically acclaimed point-and-click adventure title by Austrian indie developer Mipumi Games is set in a sepia-toned early 20th century version of the company's native country. It features four episodes, each about a different character with creative and brilliant minds. One of them is a musician working on her composition before a big performance, another is an artist who sees the layers of someone's personality, while the other is a female mathematician who was turned down by a renowned math group due to her gender.

These characters' decisions impact one another and will determine how the fourth and final episode of the game, which connects their stories together, plays out. The game was originally released for Steam, iOS and Android in July 2017 and will arrive on the Nintendo eShop a year later: The Lion's Song will be available for the Switch on July 10th and will set you back $10/£10/€10.

In this article: eshop, gadgetry, gadgets, gaming, mipumigames, nintendo, pointandclick, switch, thelionssong
All products recommended by Engadget are selected by our editorial team, independent of our parent company. Some of our stories include affiliate links. If you buy something through one of these links, we may earn an affiliate commission.