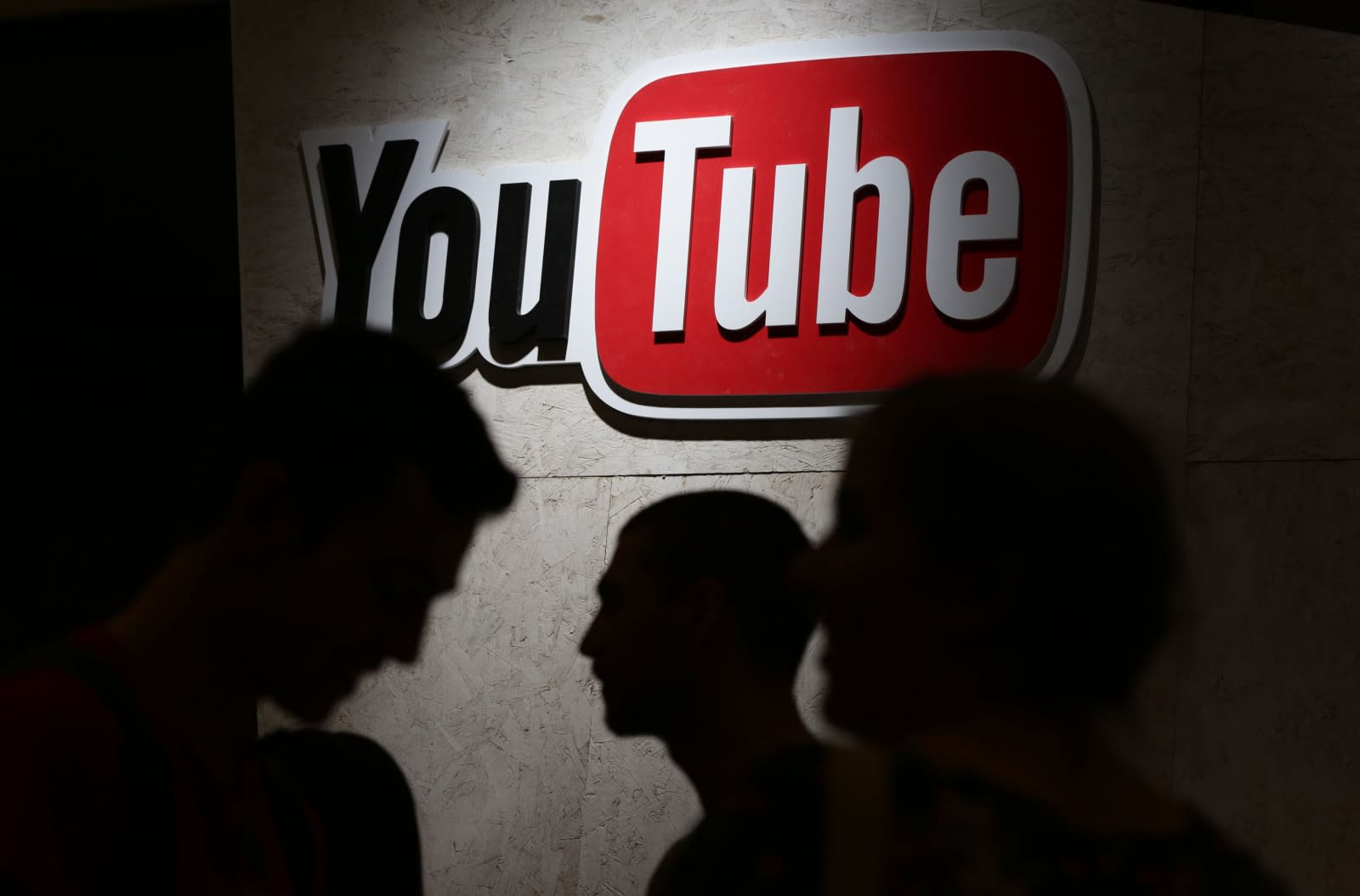 Jacques Slade was spending a week at the beach recently, away from the internet and his responsibilities as a full-time YouTube creator, where he's about to reach 1 million subscribers. It was supposed to be a time to relax and enjoy life. But being stress free, even on vacation, doesn't come easily for him. Slade, who makes videos about sneakers and technology, said he couldn't fully enjoy it because he was worried about not having anything to post on YouTube when he returned. "I don't have content for the next four or five days," Slade worried. "What's that gonna do to me? What's that gonna do to my bottom line? When I come back, are people still gonna watch my videos?"

For Slade (also known as Kustoo on social media) and other people who make a living from YouTube, the relentlessness and uncertainty of being an internet creator can cause great pressure. The life of a YouTuber, as exciting as it may seem from afar, requires just as much commitment, if not more, than any ordinary job. When someone like Slade doesn't post a video for a day or two, it could affect his placement in YouTube rankings and, therefore, how much money he makes. If you have an hourly or salaried job, you know exactly what you're getting every time a paycheck comes in; the same goes for freelancers who know exactly how much they're charging for work. But for YouTube creators, it just isn't that simple. Their earnings mostly depend on how many ads are in their videos, how long each one is and how many people are actually watching them. YouTubers also have to worry about Google's ever-changing advertising guidelines and algorithms, which have caused inoffensive videos to be demonetized or taken down for no good reason. There's a fear among creators that their videos could lose the ability to make them money at any given moment, even if they aren't controversial and don't violate YouTube's ad rules. These concerns are well-documented by now. Some of the biggest YouTubers, such as Philip DeFranco, have posted videos about how stressful it can be for random, inoffensive videos to be considered not suitable for advertisers.

But the pressure YouTubers have to deal with goes beyond money. As a YouTube creator, you're basically expected to make videos nonstop; otherwise you run the risk of losing relevance (and money) on the site. Doing too much too quickly can take a mental toll and lead to serious burnout. That's a struggle that Elle Mills, a YouTuber with about 1.4 million subscribers, talks about in a video from May titled "Burnt out at 19." She discusses how, despite having her dream job, she simply isn't content. "My life just changed so fast," Mills says in the video. "My anxiety and depression keeps getting worse and worse. This is all I ever wanted, and why the fuck am I so unfucking unhappy? It doesn't make any sense. It's so stupid. It is so stupid."

This has led other prominent creators, including Casey Neistat and PewDiePie, to open up about mental health issues with their viewers -- not necessarily only about themselves but also the YouTube community as a whole. Karen North, a clinical professor of communication at USC Annenberg who's an expert on social media and psychology, likened this situation to music, movie or TV celebrities who struggle with the pressures of fame. While what's happening among YouTubers isn't abnormal, she said, the difference is that internet creators have a more direct connection with their audience. That relationship between them is what makes their struggles feel more public, whereas stars from traditional mediums don't often share theirs with fans.

Beyond that, the YouTube grind is far more constant than filming a movie or TV show. "For YouTubers, the entire relationship [with their audience] is based on what they upload," North said. "And therefore there's a tremendous amount of pressure to maintain not just the quality but the image that they manufacture on a daily basis. There's no hiatus, there's no time off." The other challenge for creators, she added, is that fans are fickle. "[If someone is] absent due to illness or vacation for a few days, audiences want entertainment, and they won't just wait for next week's episode. Instead, they're going to go search for something else to fill their time."

Then there's the toxicity of the internet. Sam Sheffer, who quit his job in online media in 2016 to become a full-time YouTuber, said one of the toughest things he's had to endure is negative comments on his videos. He said it's taken him years to not let those, along with criticism (which can sometimes be constructive), affect him emotionally. This issue is magnified when you consider that many YouTube creators also produce content on other social media services, such as Twitch and Instagram. "It can be draining trying to grow on a platform like YouTube," Sheffer said. "I think if a creator is feeling burned out, they should definitely take a mental break -- even if that means not uploading for two weeks. As long as you do things with the right intent and come back strong, things will work out." That's obviously not a guarantee, but Sheffer is optimistic that viewers would be understanding.

As Slade pointed out, though, taking a break from YouTube can have a serious impact on earnings. But some creators have decided their mental health is more important than money. Beauty vlogger Michelle Phan unplugged from the site (and other social media) last year, after saying she became "a prisoner to her own vanity." She said that due to her quick rise in popularity on YouTube and apps like Instagram, she began to feel less like a person and more like a product, so she decided to take a yearlong hiatus from her fans and viewers. But Phan could afford to make that move because she's an established YouTuber with almost 9 million subscribers and has built a $500 million cosmetics empire.

YouTube has started to offer creators different ways to supplement their ad-based revenue. Last month, the company announced that YouTubers can now charge $4.99 for Channel Memberships to their viewers as well as sell merchandise directly from their video pages. The only caveat is that this isn't available to everyone: Memberships are only available to those who meet a 100,000-subscriber threshold, while the merch option is only open to people with more than 10,000 subscribers. YouTube did say, however, that it plans to expand these features down the road. 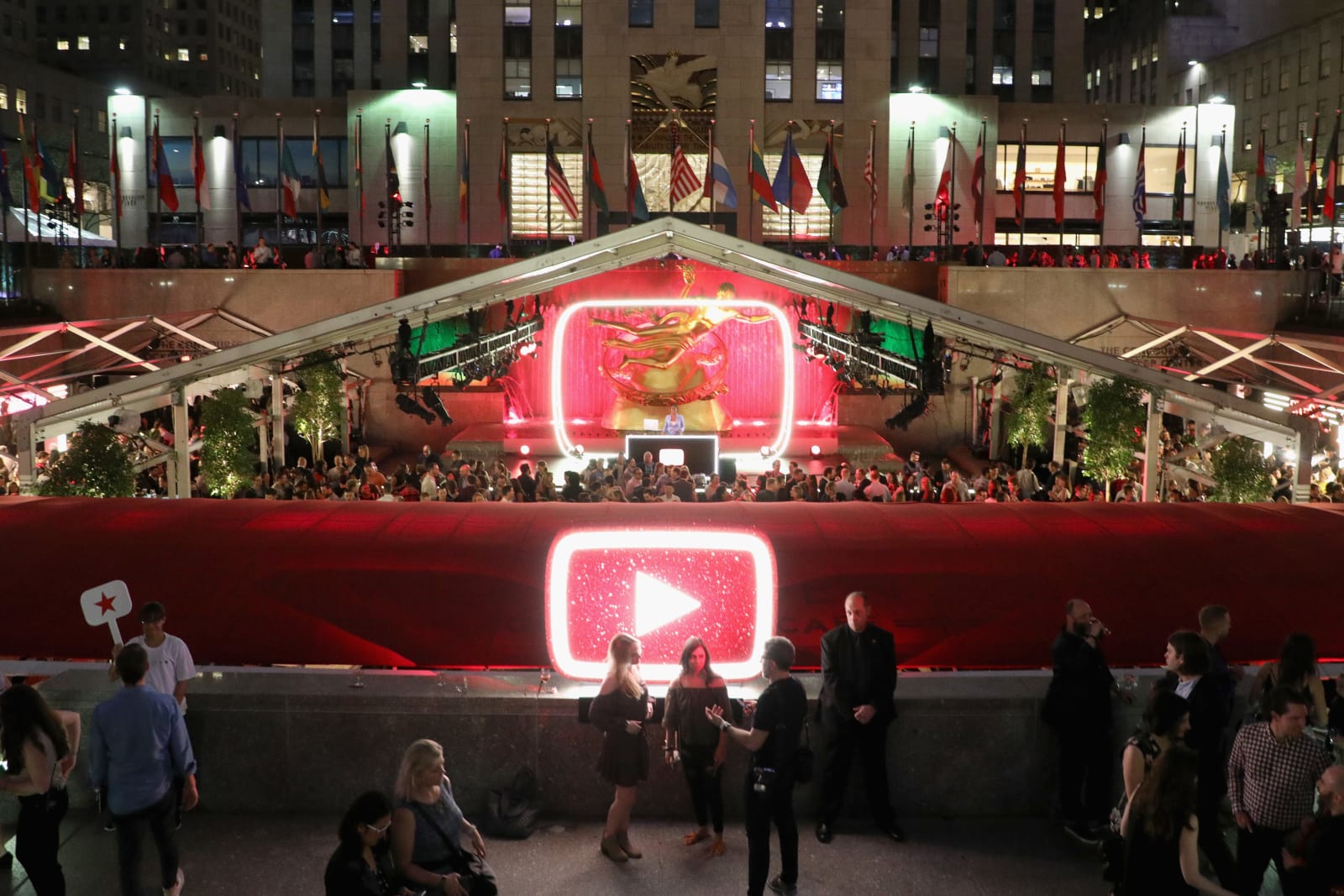 This is all I ever wanted, and why the fuck am I so unfucking unhappy? It doesn't make any sense. It's so stupid. It is so stupid.

A source inside the company told Engadget that YouTube wants creators to feel excited and invigorated about their channels, which is why it has developed videos and courses that address these issues "head-on" in the YouTube Creator Academy. The source added that at the end of the day, YouTube understands how demanding being a creator is, and that's why it encourages creators to take breaks, enjoy nights and weekends and take vacations -- just like with any other job. And more so if it's a single person doing all the on-camera, shooting and editing work.

Slade said he's also aware of YouTube reaching out to certain creators to offer mental health services, including meditation. However, North believes that it could be challenging for YouTube to be responsible for every creator's mental health, because that would come with (legal) liabilities of its own. "YouTube would be hard pressed to change its algorithm in order to be more humanitarian toward their creators," North said. "Changing [it] could hurt the very creators they're trying to support because of the way audiences consume entertainment these days. So the other approach is to provide support and provide services that address the emerging needs of those creators. And that is something where [YouTube] is in a position that no one else is in to help these people."

"I'd like to see YouTube take a more active and actionable role in helping creators outside of the platform, which itself still needs a lot of work." -- Sam Sheffer

For many YouTubers, it also helps to attend conferences like VidCon, where they have a support group of others dealing with the same issues -- though not everyone can afford to make a trip to those types of events. "I'm not sure YouTube can do anything to help with mental health issues," Sheffer said. "Maybe YouTube can offer an insurance plan for full-time creators that includes mental health services? Maybe free counseling at the YouTube Spaces? I'd like to see YouTube take a more active and actionable role in helping creators outside of the platform, which itself still needs a lot of work."

Slade, for his part, said that even though it may be challenging at times, there's no better place than YouTube for a creator. "Most people are making a living, myself included, by starting businesses and doing things that they would never have the ability to do," he said. " As much as there are these issues, [there are] a bunch of positives to it as well. You take the good with the bad, and you try to make the bad as good as possible. You try to fix those bad areas to complement the good ones."

Considering how important creators are to YouTube's success, it seems like it would be in the company's best interest to help them from burning out or hitting emotional breaking points. It could be challenging, sure, but their well-being will ultimately make YouTube a better place.

All products recommended by Engadget are selected by our editorial team, independent of our parent company. Some of our stories include affiliate links. If you buy something through one of these links, we may earn an affiliate commission. All prices are correct at the time of publishing.
View All Comments
Mental health and the relentless YouTuber life