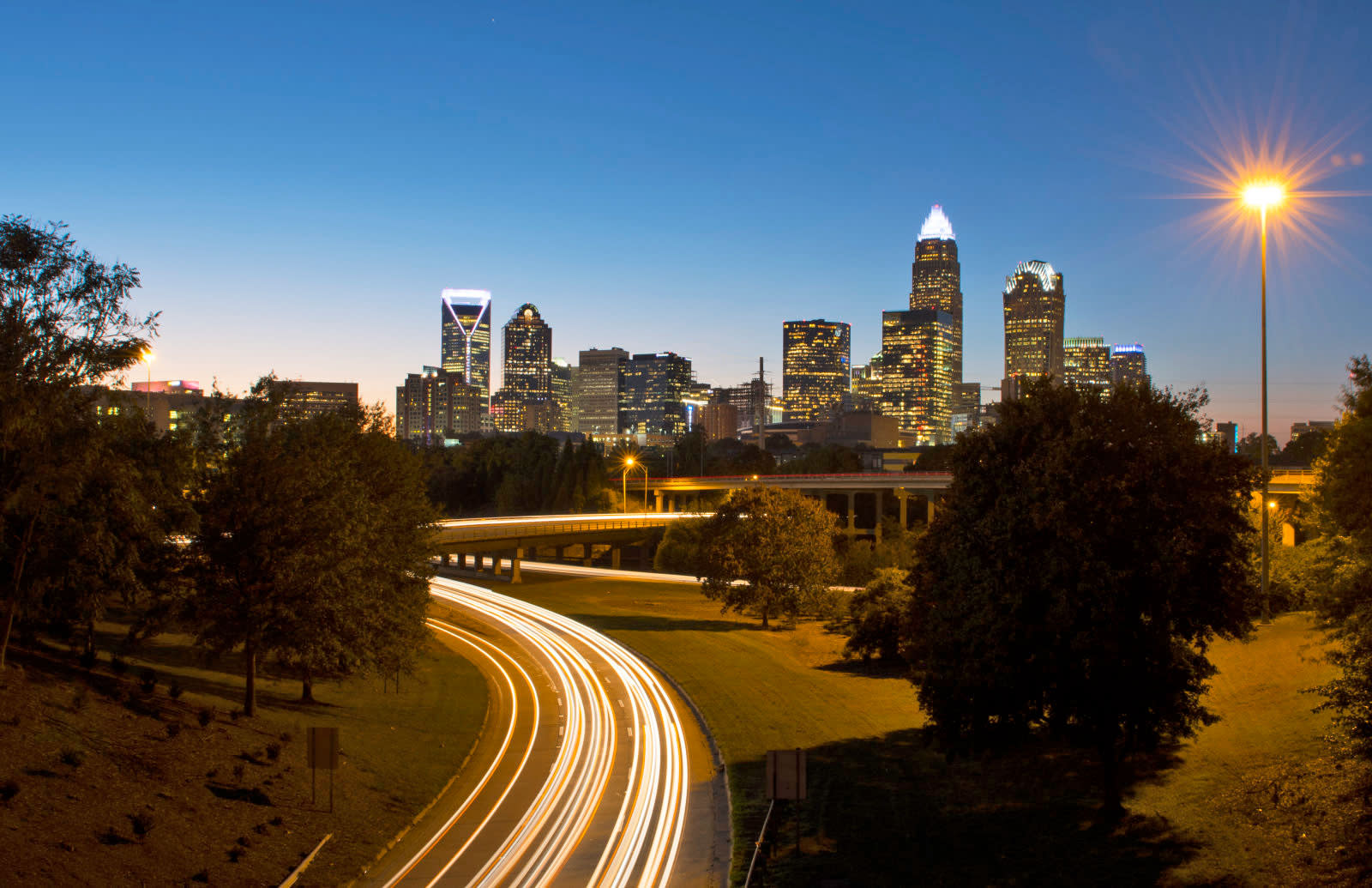 AT&T's mobile 5G network will expand to three new cities this year. Folks in two of North Carolina's biggest population centers -- Charlotte (above) and Raleigh -- and those in Oklahoma City will have access to the faster wireless signal. Previously, it announced Atlanta, and Dallas and Waco in Texas. "We're deliberately launching with a mix of big and mid-sized cities," AT&T said in a press release. "All Americans should have access to next-gen connectivity to avoid a new digital divide."

In addition to news about "real" 5G, AT&T also shed some light on the status of its pseudo-5G network. Another eight cities have come online with LTE-LAA today: Austin, Dallas, Houston, Little Rock, San Antonio, San Jose, Tampa and Tuscaloosa.

Back in January, the telco announced that its new true 5G network would be available in a dozen cities by year's end. Now to start speculating what combination of burgeoning metropolises and smaller burgs will gain access.

Update: It's Oklahoma City, not Kansas City as we originally reported.

In this article: 5g, att, austin, business, charlotte, dallas, gear, houton, internet, kansascity, littlerock, LTE, mobile, raleigh, sanantonio, sanjose, tampa, tuscaloosa
All products recommended by Engadget are selected by our editorial team, independent of our parent company. Some of our stories include affiliate links. If you buy something through one of these links, we may earn an affiliate commission.