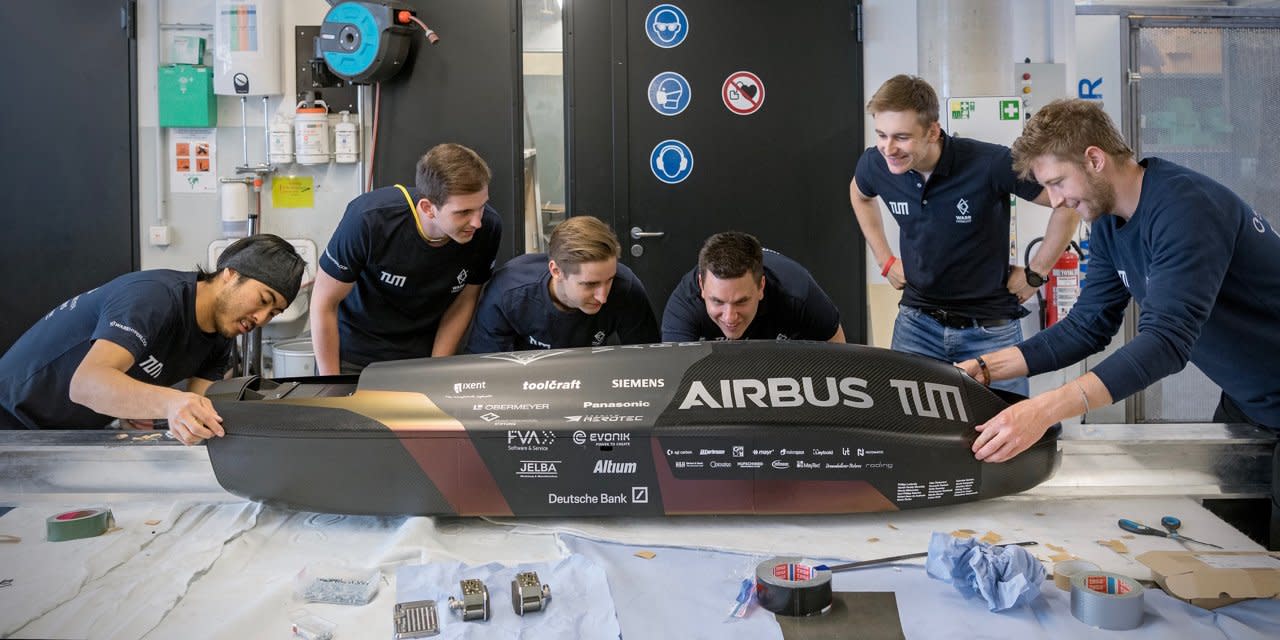 Contestants lined their prospective Hyperloop pods on SpaceX's 1.25-kilometer track at the company's Hawthorne, California headquarters -- and for the third time, the WARR student team from the Technical University of Munich won the competition. This time, their vehicle topped out at 290 miles per hour, which beat the team's previous record of 200 mph set last August.

We're excited to announce that our team WARR Hyperloop is the winner of the 2018 SpaceX Hyperloop Pod Competition!!!!!

We'd like to sincerely thank all our sponsors! pic.twitter.com/YpPTURnHp5

This was the third Hyperloop Pod competition to generate working prototypes of SpaceX's high-speed transit system, and WARR has won them all. But they've come a ways since the first outing in January 2017, which the Munich team's pod took with a pod reaching just 58 mph. The other two finalists were Delft University from the Netherlands (reaching 88 mph) and EPFLoop from Switzerland (reaching 53 mph), who advanced from a pool of 20 student teams from over 40 countries.

The competition's requirements have increased, too, as the previous two allowed teams to give their pod a boost from a SpaceX-made 'pusher' vehicle -- but this time around, all craft had to be completely self-propelled. There was also a secondary levitation competition, for which craft must keep their alignment while hovering over the track for some length of time. Each craft also had to pass tests and inspections for safety, including in vacuum chambers.

In this article: gear, HyperLoop, HyperloopPod, HyperloopPodCompetition, spacex, tomorrow, transportation, Warr
All products recommended by Engadget are selected by our editorial team, independent of our parent company. Some of our stories include affiliate links. If you buy something through one of these links, we may earn an affiliate commission.