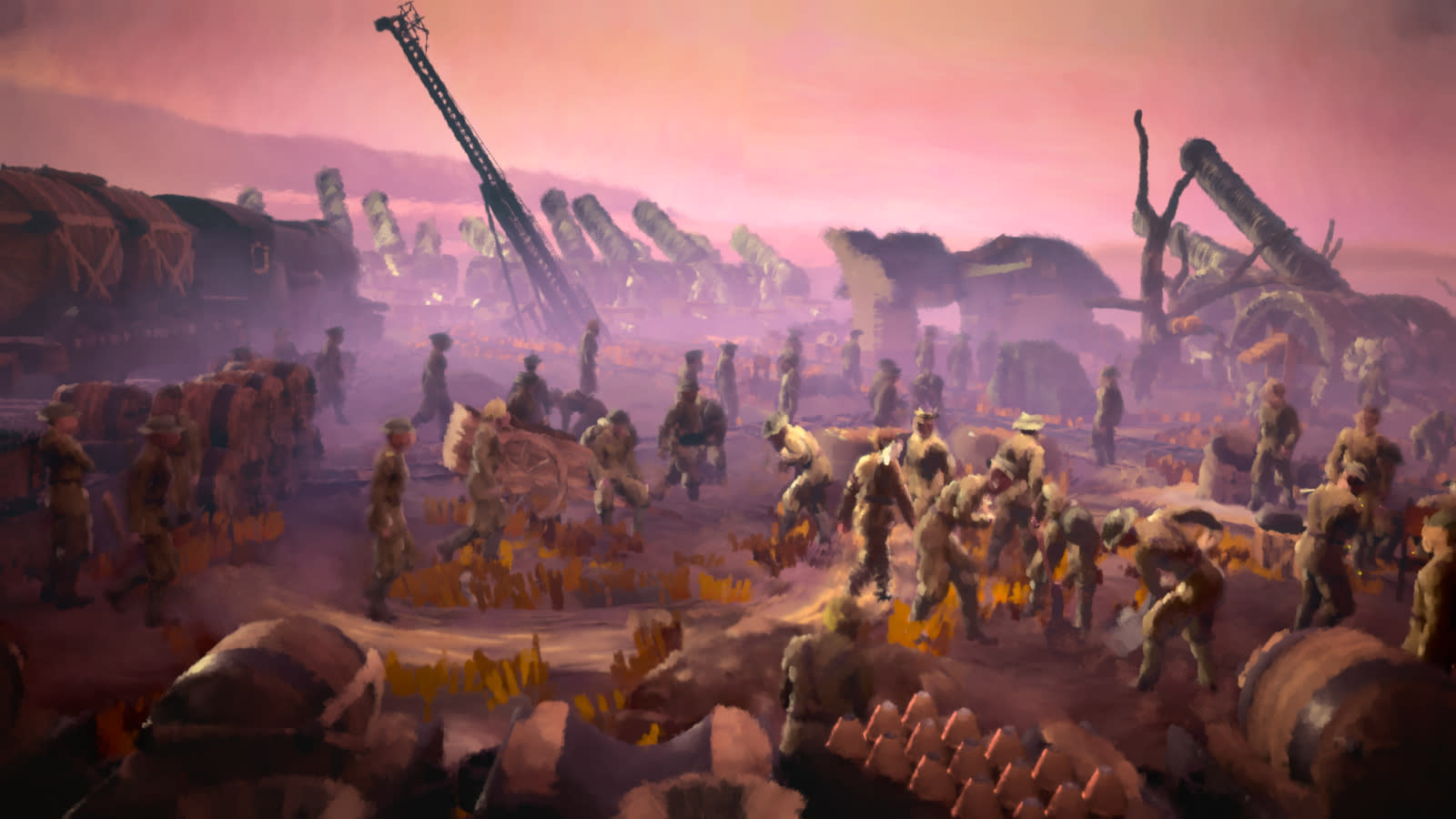 When 11-11: Memories Retold was announced, it promised a war drama rife with the "emotional" human experience. Now, Bandai Namco, Wallace & Gromit's Aardman Animation Studios and DigixArt have released the first trailer for the narrative adventure. It introduces you to the two main characters from opposing sides during WW1 and shows you the game's 3D painterly style and beautiful color palette. One of the main characters is a German soldier named Kurt voiced by Sebastian Koch (Steven Spielberg's Bridge of Spies) who joined the war to find his son who's missing in action. The other is Harry, a Canadian photographer played by Elijah Wood, who'll show you the harsh realities of war through his lens.

Unfortunately, the trailer doesn't quite explain its gameplay and plot, but we'll likely see more previews before the game drops. 11-11: Memories Retold will soon be available as a digital pre-order from Bandai Namco's European online store. It will come out for the PlayStation 4, Xbox One and PC on November 9th.

In this article: 11-11memoriesretold, art, bandainamco, gamescom2018, gaming, trailer
All products recommended by Engadget are selected by our editorial team, independent of our parent company. Some of our stories include affiliate links. If you buy something through one of these links, we may earn an affiliate commission.