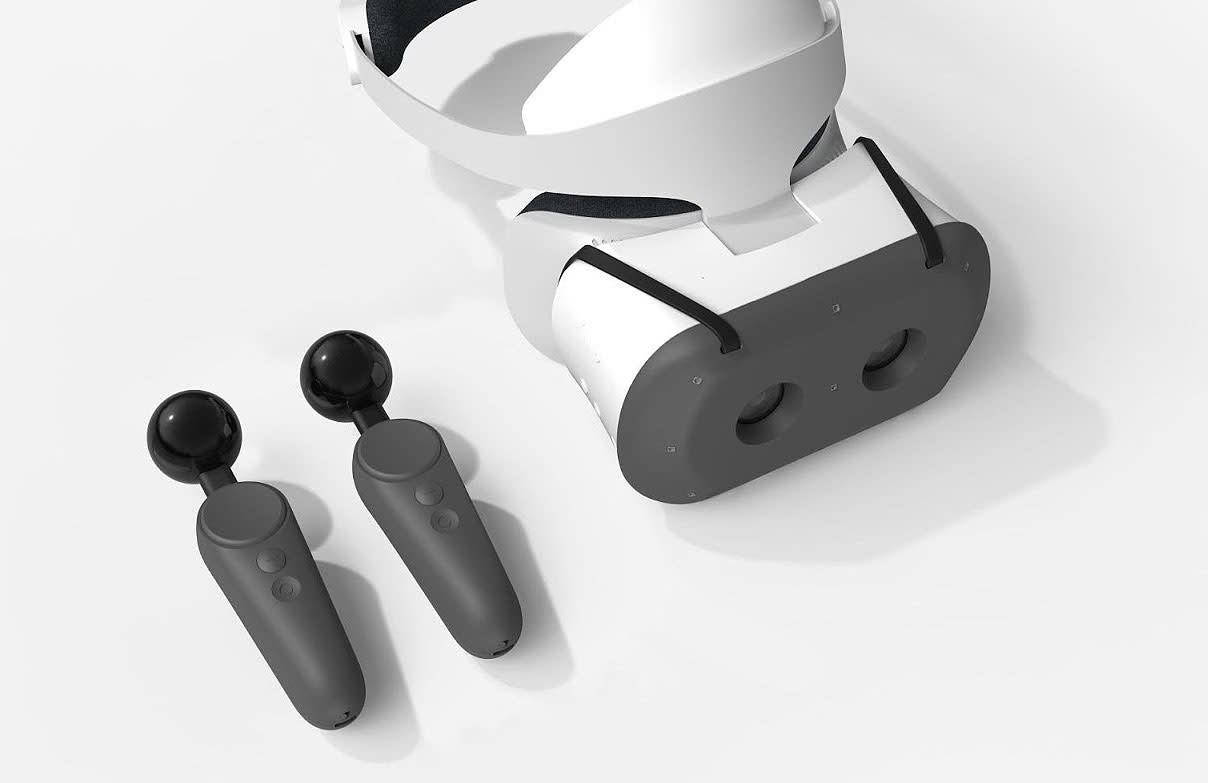 Google has introduced some new experimental features for developers working with the Lenovo Mirage Solo, the standalone Daydream headset released earlier this year. First up is see-through mode, a setting that lets the user see the real space around them through the VR headset. Google says this mode plus the Mirage Solo's tracking technology will allow developers to build AR prototypes. It demonstrated an application of this feature through an experimental app that lets Mirage Solo wearers position virtual furniture in a real-world surrounding.

Secondly, the company says it's adding APIs that support position controller tracking with six degrees of freedom, which will enable more real-world, natural movement in VR. Along with that, Google has developed a set of experimental 6DoF controllers (pictured above) using machine learning and off-the-shelf parts instead of expensive external cameras and sensors. "We're excited about this approach because it can reduce the need for expensive hardware and make 6DoF experiences more accessible to more people," Google said in a blog post. Some developers are already working with the controllers and those who would like to can apply here.

Lastly, Google is making it possible for developers to add Daydream VR support to their apps and users will be able to open any supported smartphone Android app on their Daydream device. That means users will have access to various games, tools and other apps in a larger 3D VR space. The company says developers will be able to try out see-through mode and Android Apps in VR soon.

In this article: 6dof, ar, daydream, gadgetry, gadgets, gaming, gear, google, lenovo, miragesolo, vr
All products recommended by Engadget are selected by our editorial team, independent of our parent company. Some of our stories include affiliate links. If you buy something through one of these links, we may earn an affiliate commission.