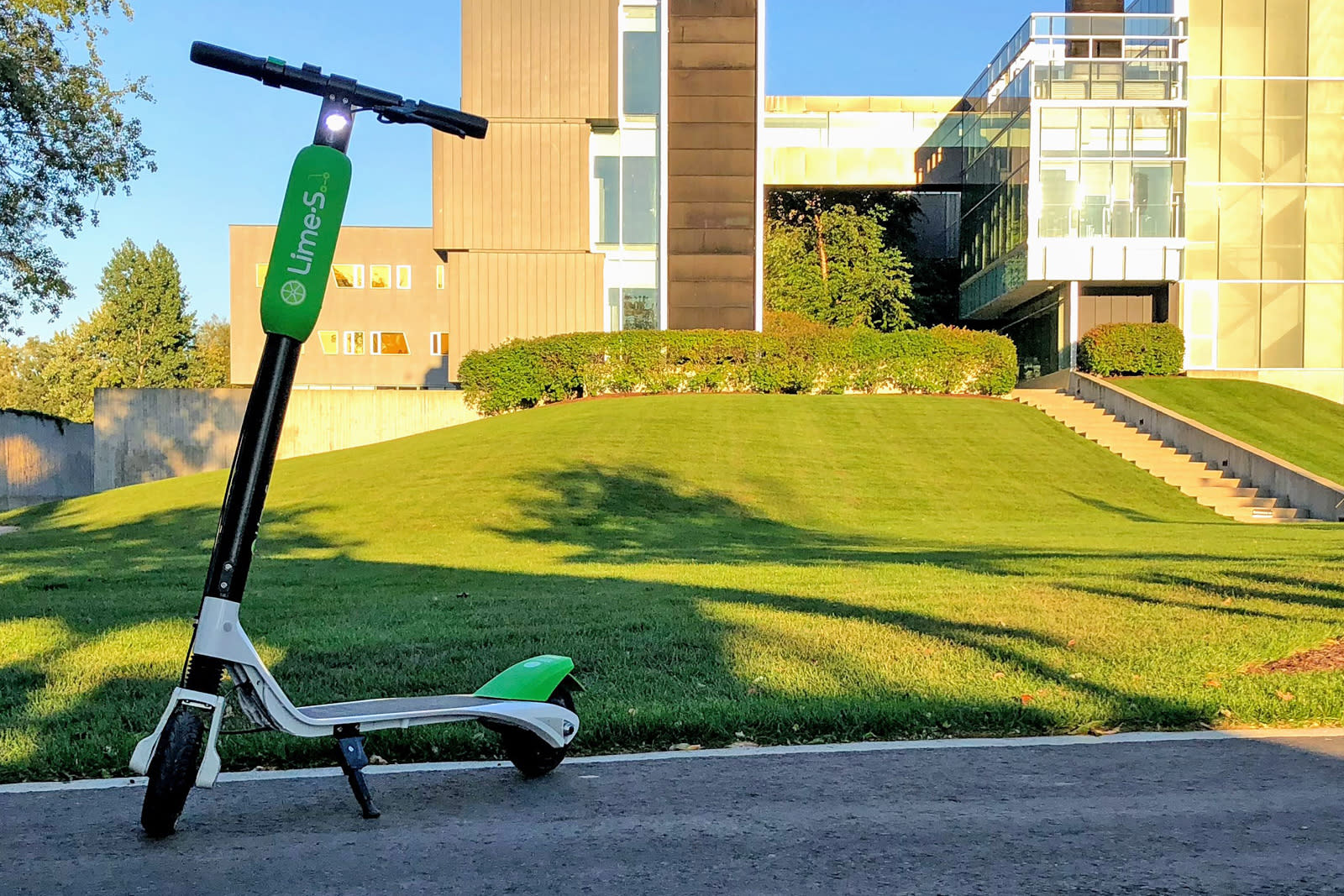 Like it or not, the electric scooter sharing trend is heading north. Lime has launched the first e-scooter sharing pilot in Canada, giving residents in Waterloo, Ontario (aka BlackBerry's home turf) a chance to see what this two-wheeled transport option is all about. It's not available across the entire city -- you'll have to be content with putting around a 6.5km (4mi) route between Waterloo Park and the David Johnston Research + Technology Park, including around the University of Waterloo's main campus. It's a start, though, and it makes sense given the tight links between academia and tech companies in the area.

The scooters still won't be docked, so you may have to contend with scooters obstructing the sidewalk. Lime has the city's approval for the program, though, and it's promising to work with provinces on a "safe introduction" for e-scooter sharing elsewhere in Canada. It hasn't provided a roadmap for that expansion, but it did expect launches in 50 international cities by the end of 2018.

Whether or not Lime can make inroads in Canada isn't certain, and might depend on how well the Waterloo pilot fares. Calgary has already greenlit an e-scooter pilot that would start in early 2019, but Toronto officials have been wary of the idea after seeing the problems that have cropped up in the States. It's also unclear how sustainable the companies really are. Lime and rivals like Bird or Spin may have to show that they've learned lessons from US launches, or at least that benefits (such as reduced car use) outweigh the drawbacks.

In this article: canada, electricscooter, gear, internet, lime, scooter, services, transportation, waterloo
All products recommended by Engadget are selected by our editorial team, independent of our parent company. Some of our stories include affiliate links. If you buy something through one of these links, we may earn an affiliate commission.