The Mercedes CLS 450 is a luxury mild hybrid for hipsters

An outstanding use of a mild hybrid that mostly looks great.

While Mercedes is pushing its EQ brand of hybrids and EVs, the two-letter electric signifier also resides in the automaker's more traditional vehicles. In the new 2019 CLS 450 (starting in approximately the low $70,000s), electrons are used to give the car a boost when you need it or turn the engine off while the vehicle is cruising at highway speeds. It's a wonderful feature on a wonderful car, and except for some old tech, the CLS 450 makes you forget Mercedes is calling it a coupe even though it has four doors.

OK, let's forget all about the "coupe" portion of the CLS 450 name. The four-door Merc seats five in an interior that's part luxury, part cut scene from the video game Myst. But in a good way. With wood paneling across the dash punctuated with Mercedes-Benz's propeller-like vents, you shouldn't blame me for wondering if I turned one of the vents in a particular order I would be whisked away to Myst island. 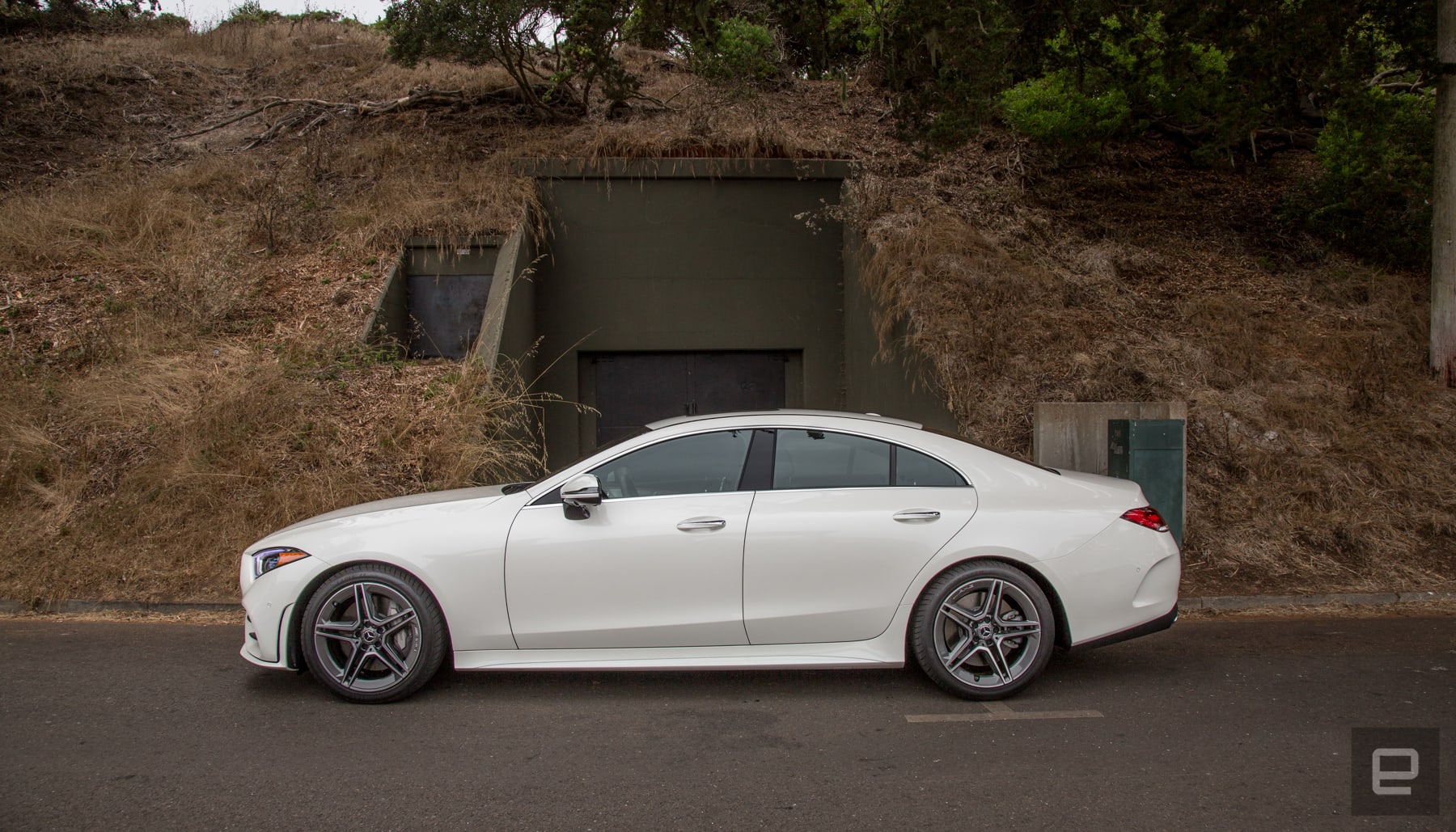 The mild hybrid EQ Boost system also creates an auto-stop and start feature that won't turn off. Typically, those auto off and on systems annoy drivers who are looking for instant acceleration when leaving a stoplight -- you have to wait for the car to turn on (which is quick but not quick enough for some), then drive away. Because of the mild hybrid system, the electric motor fills in that gap while the gas engine fires up.

The mild hybrid setup also creates the opportunity for the CLS 450 to turn off the gas engine while cruising at freeway speeds, albeit for a short amount of time. A 1kWh battery doesn't get you too far even when you're coasting. But it shows what these types of systems are capable of as automakers expand the use of electrification beyond the traditional hybrid and electric vehicle.

The result of this mild hybrid is smooth, spirited acceleration. Couple that with handling that's adept on the highway, in the city and for any weekend jaunts into the mountains and the CLS 450 makes driving in all environments a joy. I drove the all-wheel drive 4Matic version (a $2,000 option) around San Francisco and its nearby coastal roads, and it's clear that Mercedes is serious about capturing the midsize sports luxury market for folks who probably don't want to drop the extra cash for the AMG version.

On the highways, the car's driver-assistance features (the same found on the S-Class) did a solid job. Like the S-Class, the adaptive cruise control is more polished than the lane-keep assist. Mercedes is able to consistently keep the car in the center of the road, but the automaker could do with a bit more fine-tuning.

Unfortunately, the CLS 450 is still rolling with the Comand infotainment system instead of the new MBUX that's found in the A-Class. Comand has served the automaker well for years. At this point, it's long in the tooth, and MBUX is so much better it's a shame that the car is stuck in the past when the future of the automaker's in-car system is so improved.

MBUX will populate the rest of the automaker's lineup soon enough. But for now some cars are stuck with the old system --there's not much it can do about that.

What might make you forget about MBUX is the accent-lighting system Mercedes has been outfitting its cars with. I'll admit it's fun coming up with different color schemes for the vehicle. It's weird but fun. 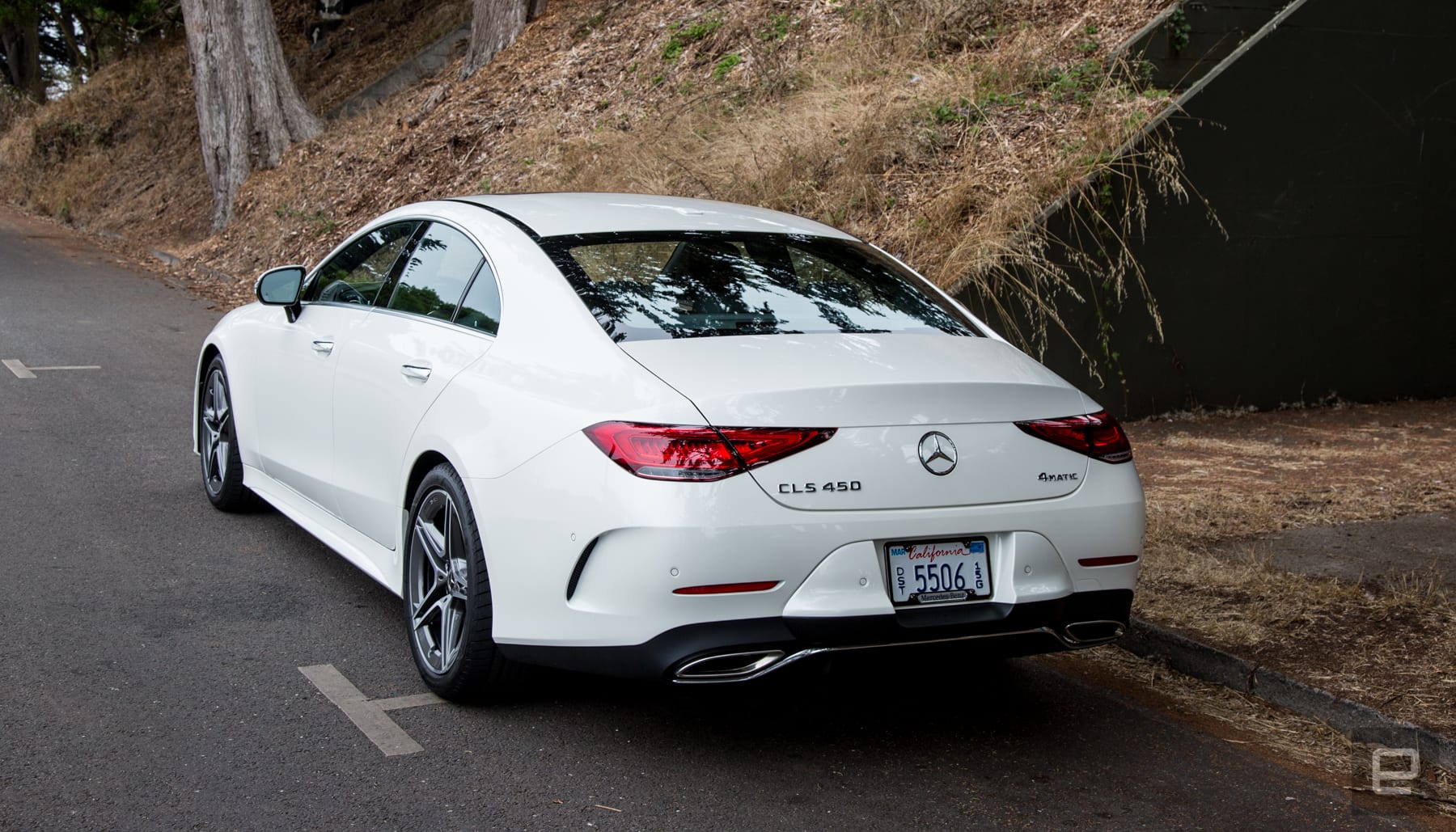 Another weird bit I'm less a fan of is the back of the CLS 450; it's not nearly as nice as the front. It seems a bit too long. But once I popped the trunk and was able to shove a few guitar amps into it, I was sold. We all have design elements we enjoy or despise. It's a personal preference, but I suppose I could live with it if I ever needed to fill a luxury car with all of my luggage and still have room for a quick trip to the store.

The CLS 450 is the car you get when the E-Class isn't cool enough for you. If you want something with some flair and fun acceleration and you're not too concerned about using last year's infotainment system, it's ready to make a dent in your bank account while giving you the room to take friends on a weekend trip.