You'll have to have access to Chrome OS' dev channel, though.

Google has finally started testing the Chrome OS platform's Android Messages integration, which has been in the works for quite some time. According to Chrome Unboxed, some users who have access to the Chrome OS developer channel are already seeing seeing an option to activate a feature that will allow them to send and receive text messages from their Chromebooks. 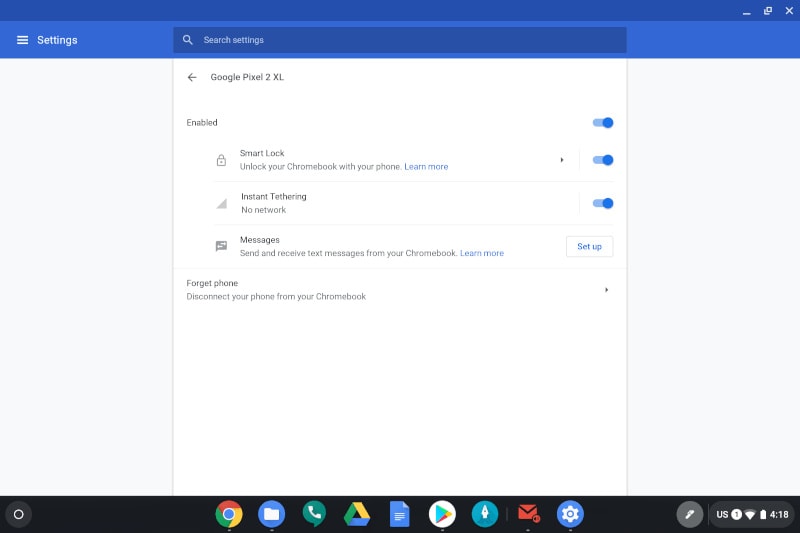 It's not entirely clear what the full requirements are to be able to access the feature. Some of those who were able to activate it have Pixelbooks, but at least one person who was able to switch it on has a Samsung Chromebook Plus. Those who do get access to it can find the option to set up messaging integration under the Connected Devices menu of Chrome OS, where it's now bundled with Instant Tethering and Smart Lock.

If you have a Pixel 2 or a Pixel 2XL device, a Chromebook and the guts to try out the Chrome OS dev channel, you might be able to test it out, as well. Otherwise, you'll have to wait for the feature to come out -- the good news is that we now have proof that Google hasn't abandoned the project.