They were engaged in inauthentic behavior, the company said.

Facebook has taken down dozens of additional Pages originating from Iran that it says were engaged in inauthentic behavior. Posting about political topics such as race relations, immigration and the US president, these Pages and accounts -- 82 in total -- posed as US, or in some cases UK, citizens. Facebook first discovered the Pages' activity a week ago, and its war room staff then investigated and ultimately removed the Pages in question. The company says it has shared information about these Pages and their activity with US and UK government officials, US law enforcement, Congress, other tech companies and the Atlantic Council's Digital Forensic Research Lab. 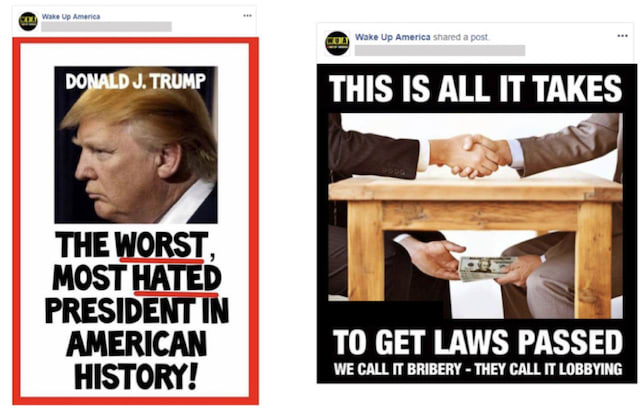 In August, Facebook removed hundreds of Pages connected to Iran and Russia. It said some Pages removed in this most recent round overlapped with those taken down in August.

Facebook says the Pages appear to be linked to Iran, but it hasn't yet found any evidence to suggest they're connected to the Iranian government. It isn't able to say at this time who is responsible. "Our elections war room has teams from across the company, including from threat intelligence, data science, software engineering, research, community operations and legal. These groups helped quickly identify, investigate and evaluate the problem, and then take action to stop it," said Facebook. "They will continue their investigations, including any additional information we get from law enforcement, other technology companies or other experts."