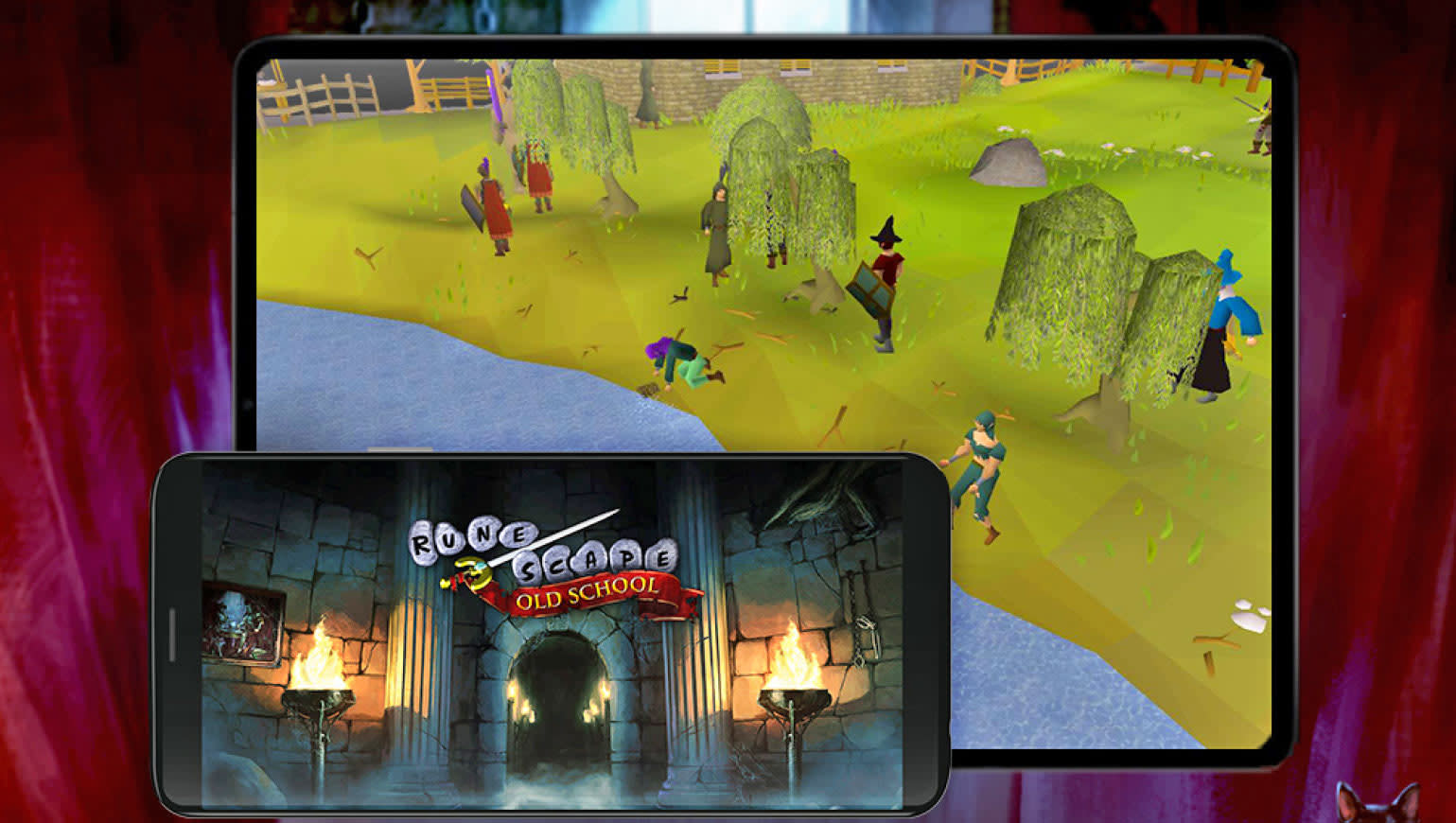 After years of being confined to computers, Old School Runescape has finally made it to mobile. More than a full year after developer Jagex promised the port, the throwback version of the wildly popular MMORPG is now available to play on iOS and Android devices.

The mobile version of Old School Runescape allows gamers who have invested an ungodly amount of time to the title to continue their quests while on the go. It offers cross-platform support so you can login to your existing account and pick up right where you left off from desktop.

If you've never played Runescape before, the mobile offering may also serve as a useful starting point. You normally navigate through the game primarily by pointing and clicking, so the interface transfers well to the gesture controls of a smartphone. Jagex highlighted an influx of new players signing up for the mobile version of Old School Runescape, so now is as good a time as any to dip your toes in.

Old School Runescape is not to be confused with Classic Runescape, which is officially dead. Classic Runescape was the original iteration of the game and had been limping along for some time before Jagex finally shut it down earlier this year. Old School Runescape is based on a 2007 backup of the RuneScape source code and was first released in 2013. The game that is now called Runescape is much more graphically intense than its Java-based predecessor. That version of the game still doesn't have a proper mobile offering.

In this article: android, gaming, ios, jagex, mmorpg, mobile, MobileGame, mobilegaming, oldschoolrunescape, rpg, runescape, runescapeclassic
All products recommended by Engadget are selected by our editorial team, independent of our parent company. Some of our stories include affiliate links. If you buy something through one of these links, we may earn an affiliate commission.