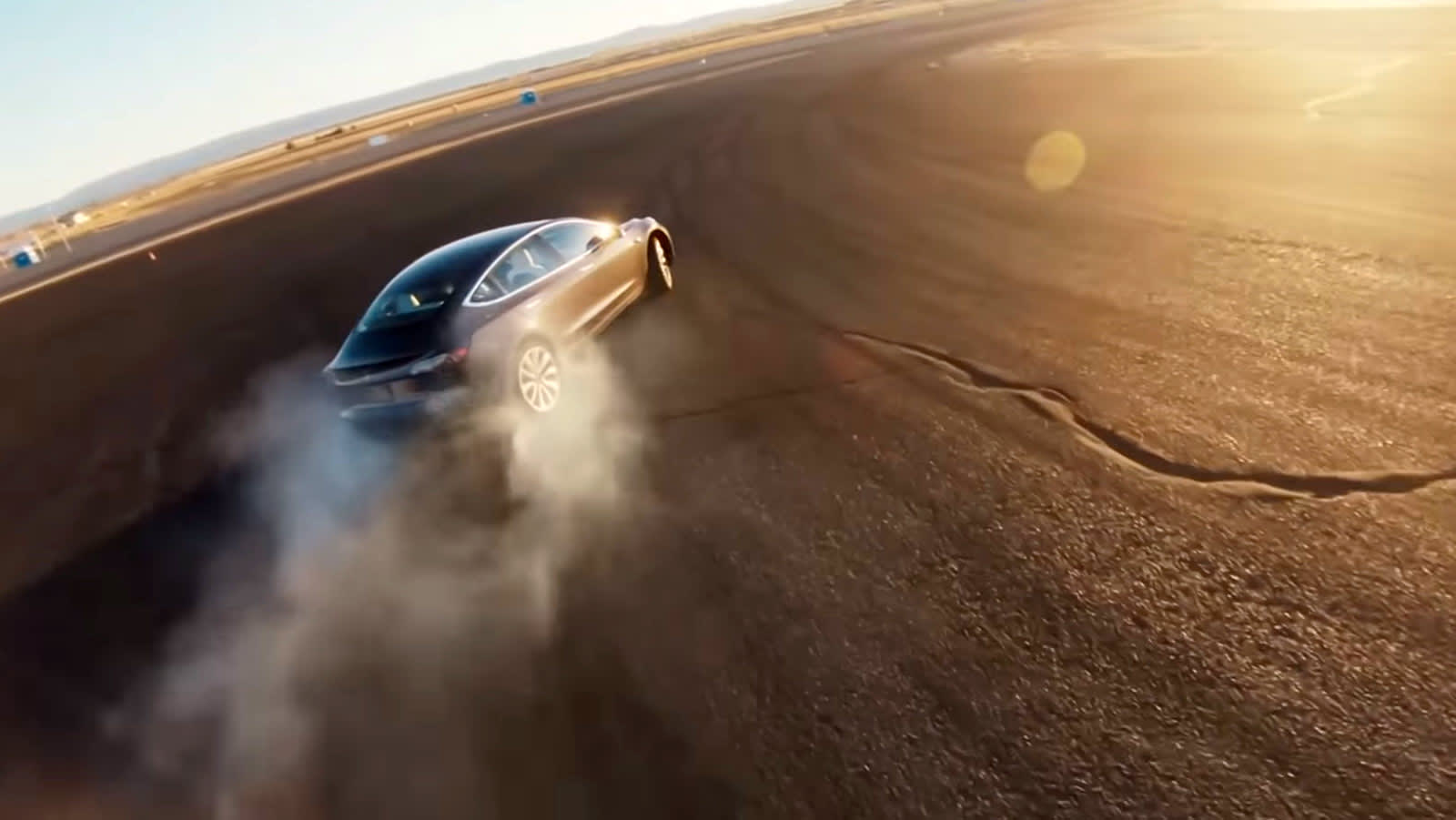 Tesla has just made your Model 3 Performance EV a helluva lot more fun with the launch of Track Mode. The software shuts down all the traction control protection that normally prevents wheel slip in order to keep your car between the scenery. With that turned off, the dual electric motors are repurposed to improve cornering and, judging by Tesla's demo video below, transform the Model 3 into a drifting machine.

All of the car's prodigious torque can be sent to the back wheels to make them swing out in order to maximize track speeds. At the same time, power can be quickly transferred to the front wheels if things get out of hand. The system also boosts the regenerative braking power and uses the brakes to simulate a limited-slip differential.

Motor Trend tested the Model 3 Performance with an early version of Track Mode a few months ago, and, to the distress of Tesla's engineers, beat it with an Alfa Romeo Giulia Quadrifoglio. In Motor Trend's rematch with the new software, however it thumped the latter car by a second and a half and matched the $86,000 Porsche Cayman GT4.

Motor Trend test driver Randy Pobst noted that Track Mode gives the driver more control, while carefully balancing the torque between the front and rear motors. "According to Tesla's calculations, Track Mode lets the car apex earlier and begin accelerating sooner," he said. "This simple ballet is kept carefully balanced from entry to exit by the lightning responsiveness of the electric motors and brake pads."

The Track Mode Release Version software is now available for owners of the Model 3 Performance. Tesla, naturally, advises that you only use it on the track -- so don't, you know, try to scare the bejeezus out of your passengers like folks did with "Ludicrous Mode."

In this article: Cornering, gear, Model3, Stability, Tesla, Torque, TrackMode, transportation
All products recommended by Engadget are selected by our editorial team, independent of our parent company. Some of our stories include affiliate links. If you buy something through one of these links, we may earn an affiliate commission.