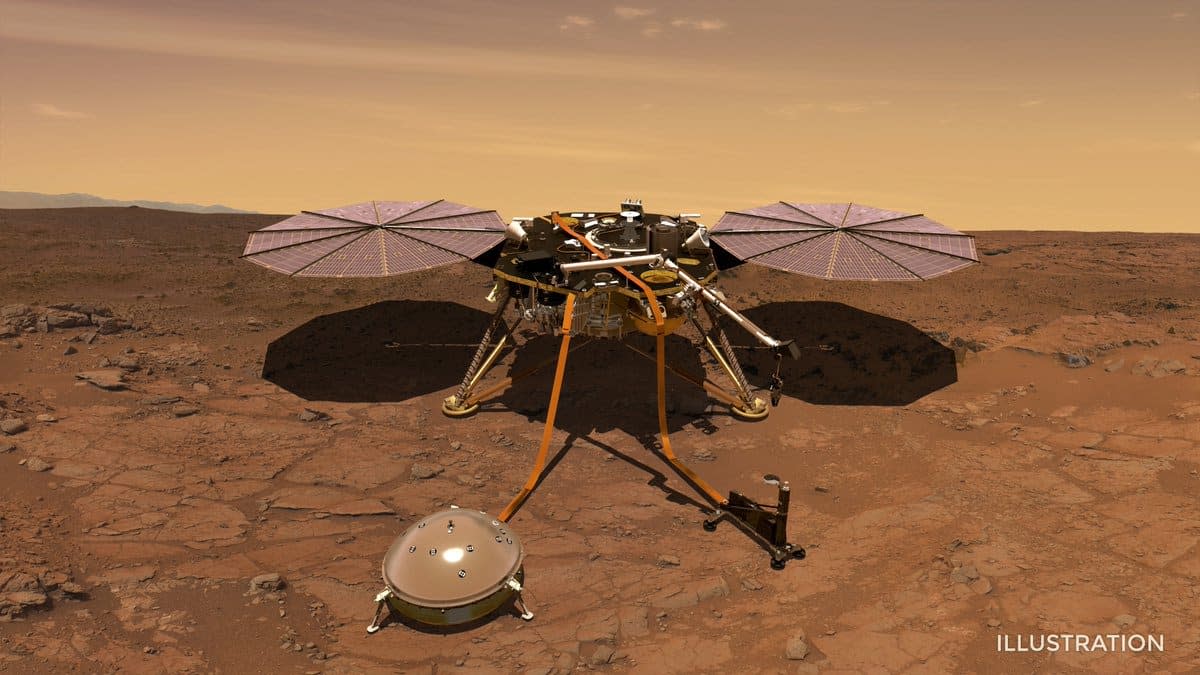 Now that the Insight lander has settled in on Mars, scientists are learning more about the spot it's in. With its 7-foot-wide solar panels fully deployed, it has already set a record for the most energy generated in a single day by any lander or rover on Mars at 4,588 wH. Also, the protective covers are coming off of its cameras, which should enable higher-resolution images.

Steadily easing into my workflow. It's been a busy few days and now, a new picture of Mars without the camera lens cover. Plus, a new view from my robotic arm camera. Read: https://t.co/5qCjNVZaRs

Fortunately, while the lander is tilted at a 4-degree angle inside its impact crater, it's designed to operate at up to a 15-degree tilt. Any more could have prevented the panels from opening, and they're needed to generate enough energy during its two-year mission to perate all of the instruments, even as dust and dirt flying around on Mars starts to cover them.

Next up? Picking out spots to deploy its subsurface heat-flow probe. As project manager Tom Hoffman said, "There are no landing pads or runways on Mars, so coming down in an area that is basically a large sandbox without any large rocks should make instrument deployment easier and provide a great place for our mole to start burrowing."

In this article: Insight, space, tomorrow
All products recommended by Engadget are selected by our editorial team, independent of our parent company. Some of our stories include affiliate links. If you buy something through one of these links, we may earn an affiliate commission.