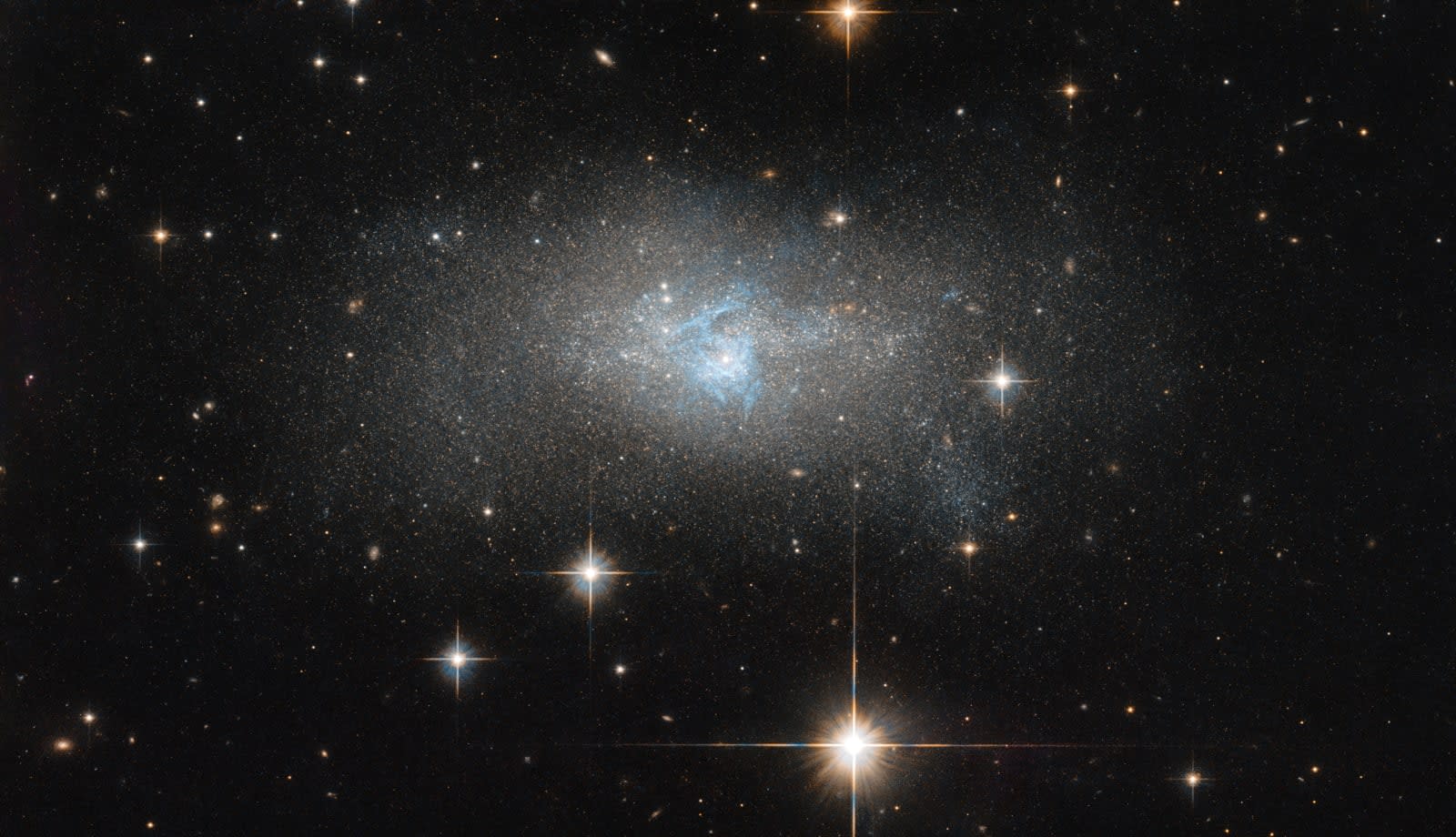 You'd think that it would be virtually impossible to determine the collective brightness of the observable universe, but a team of scientists has come surprisingly close. They've completed the most accurate measurement of the universe's light to date using both reams of Fermi Space Telescope gamma ray data and some unusual tricks. They searched for the background light of the universe by studying data from over 700 blazars, or black hole gamma ray bursts pointed directly at Earth. They noticed that the blazars indicate the brightness of the background light between galaxies as they cut through it. And when it takes billions of years for those gamma rays to reach human eyes, you can gauge the light levels for large portions of the universe's past -- 90 percent of its history, researcher Alberto Dominguez told Popular Science.

Based on this method, the sky would have the brightness of a 60W bulb seen from 2.5 miles away. It would be extraordinarily faint, but not completely pitch black.

Previous approaches relied on ultraviolet light from short-lived giant stars, but these weren't as reliable since they could miss the faintest stars. The blazar approach is measuring light from every galaxy, even when they're otherwise too small to detect. And while people have explored measuring the inter-galaxy background light before, they tried to study the light directly and had to fight interference from the Milky Way.

This isn't a completely accurate representation, at least not yet. In addition to that remaining 10 percent (important when it covers all the known universe), it doesn't include light that hit dust and was reemitted as infrared. The scientists have factored in that dust, though, and it may just be a question of capturing older blazars to fill in more data. As it stands, the information available now could provide a considerably clearer picture of star formation in the universe, including the frequency of new stars.

In this article: astronomy, astrophysics, blazar, fermi, fermispacetelescope, gammaray, gear, science, space, tomorrow, universe
All products recommended by Engadget are selected by our editorial team, independent of our parent company. Some of our stories include affiliate links. If you buy something through one of these links, we may earn an affiliate commission.