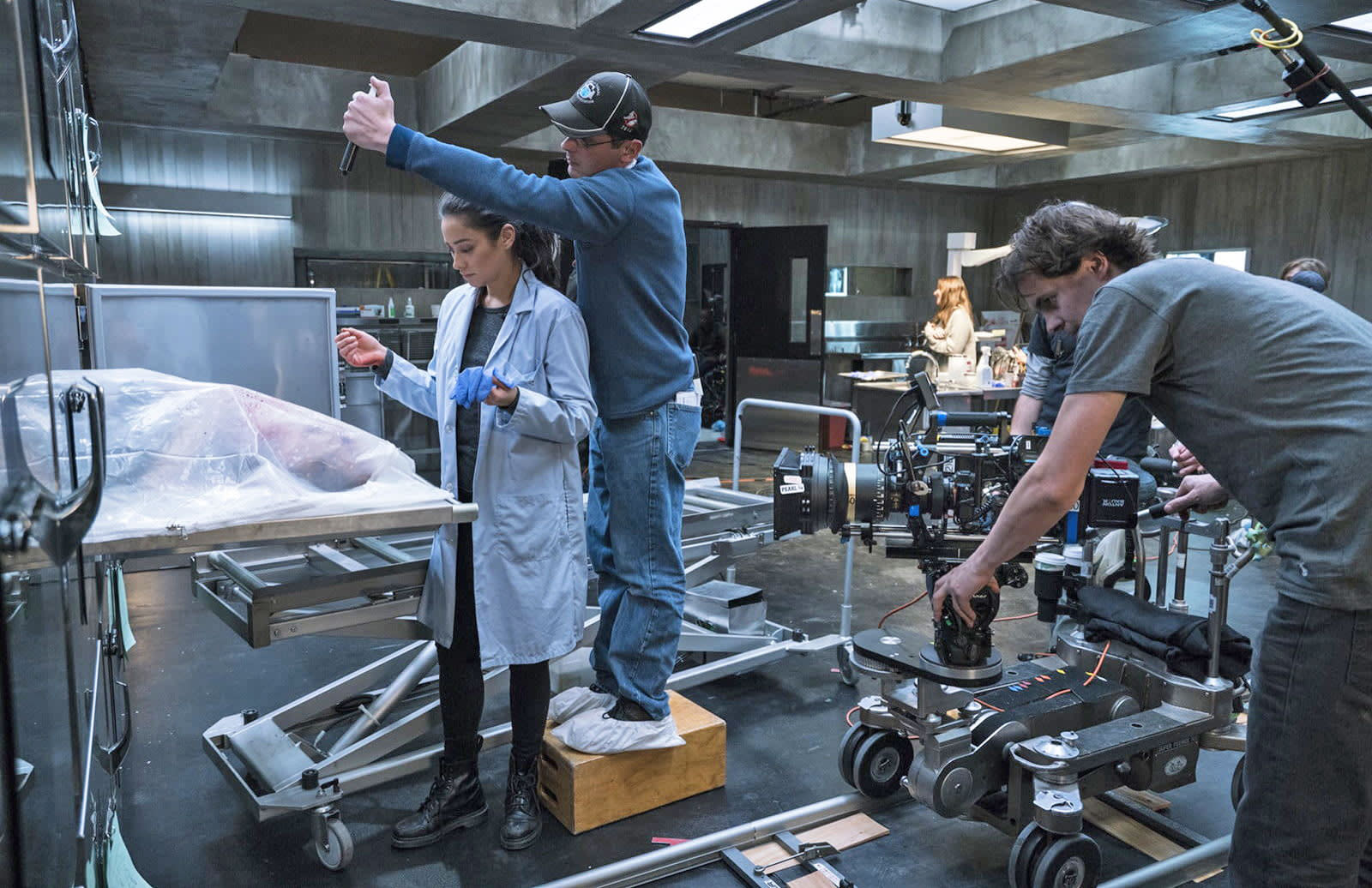 A small-budget thriller called The Possession of Hannah Grace is the first Sony Pictures film to be shot on a full-frame mirrorless camera. Sony said that the film was primarily shot on its own A7S II, a consumer camera that costs a mere $2,000. "The smaller camera's ability to see beautiful under low light conditions, the LED lighting technology, and the [eco-friendly] methods we used in set construction made this whole production a case study in how to be efficient and still tell a great story with a fantastic look," said producer Glenn S. Gainor.

Attached to the body were Vantage's Hawk 65 anamorphic models, each of which likely cost multiple times the camera itself. Those squeeze the normal 16:9 4K image down by 1.3 times to a widescreen size (2.40:1), allowing for a more cinematic look while still using most of the sensor.

While the A7S II is extremely cheap by Hollywood standards, it can do things that much more expensive RED, Arri and Panavision models can't. The full-frame sensor has a very shallow depth of field, for one thing, and is famous for allowing shooting in very low light at very high ISO settings.

The cameras were launched 2015, and unlike recent models like the Z7 from Nikon and Canon's EOS R, the A7S II is limited to 8-bit video. Sony's full-frame cameras are also known for high-levels of problematic rolling shutter that creates a jello effect. "There are definitely limitations to be aware of, but the image is spectacular," said Director of Photography Lennert Hillege. "It's not what you would expect with 8-bit. If you're not too dirty, and you keep to certain rules about exposure and color, you can shoot really beautiful, monumental images with it."

Because of the relatively low cost and portability of the cameras, the producers had multiple versions prepared, each with a different Hawk 65 prime (40mm, 60mm and 95mm). "We had four or five cameras at the ready at any time, so we were able to pick up and go," said Gainor. "We never had to wait for lens changes. I think the full-frame sensor is where the industry is going. Given the trends in digital cameras and the importance of lenses, you could argue that this is the future of cinema."

As for the The Possession of Hannah Grace, it follows young ex-cop Megan Reed (Shay Mitchell), who ends up working the graveyard shift at a hospital morgue after the titular character dies in the middle of an exorcism. It launched last weekend to a modest $6.4 million debut, but that's a good thing: It cost just $10 million to make, thanks in part to the use of those cameras.

In this article: A7SII, av, cameras, entertainment, FeatureFilm, Full-frame, mirrorless, sony, ThePossessionofHannahGrace, video
All products recommended by Engadget are selected by our editorial team, independent of our parent company. Some of our stories include affiliate links. If you buy something through one of these links, we may earn an affiliate commission.