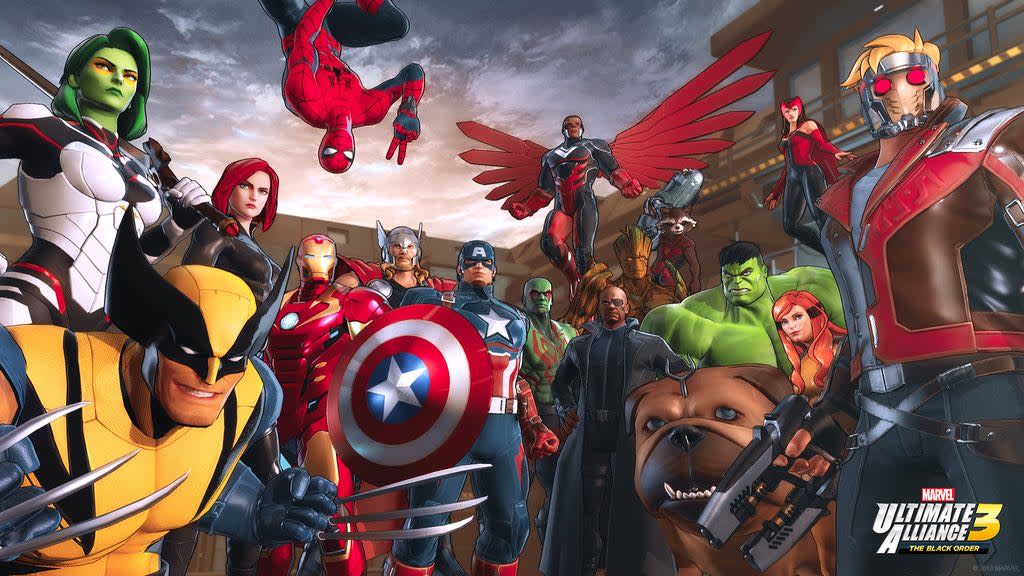 The next entry in Marvel's Ultimate Alliance series will arrive in 2019, but this one's only for players on Nintendo Switch. Announced tonight during The Game Awards 2018 event, Marvel Ultimate Alliance 3: The Black Order is the first new entry in ten years (excusing HD remasters), pitting heroes and villains in a race to find the Infinity Stones before Thanos and his Black Order crew can get them. The dozens of characters available will include "Avengers, the Guardians of the Galaxy, the X-Men and more."

As you'd expect from an Ultimate Alliance game there are plenty of ways to play with friends, including drop-in/drop-out co-op with four players on one system or playing on their own console. A feature that's new to the series is an over-the-shoulder "Heroic Camera" perspective. Don't expect it to go cross-platform later either, as it's published by Nintendo and is being developed by Team Ninja.

In this article: av, gaming, marvel-ultimate-alliance-2, marvelultimatealliance3, NintendoSwitch, switch, thegameawards2018, Ultimate Alliance, video
All products recommended by Engadget are selected by our editorial team, independent of our parent company. Some of our stories include affiliate links. If you buy something through one of these links, we may earn an affiliate commission.