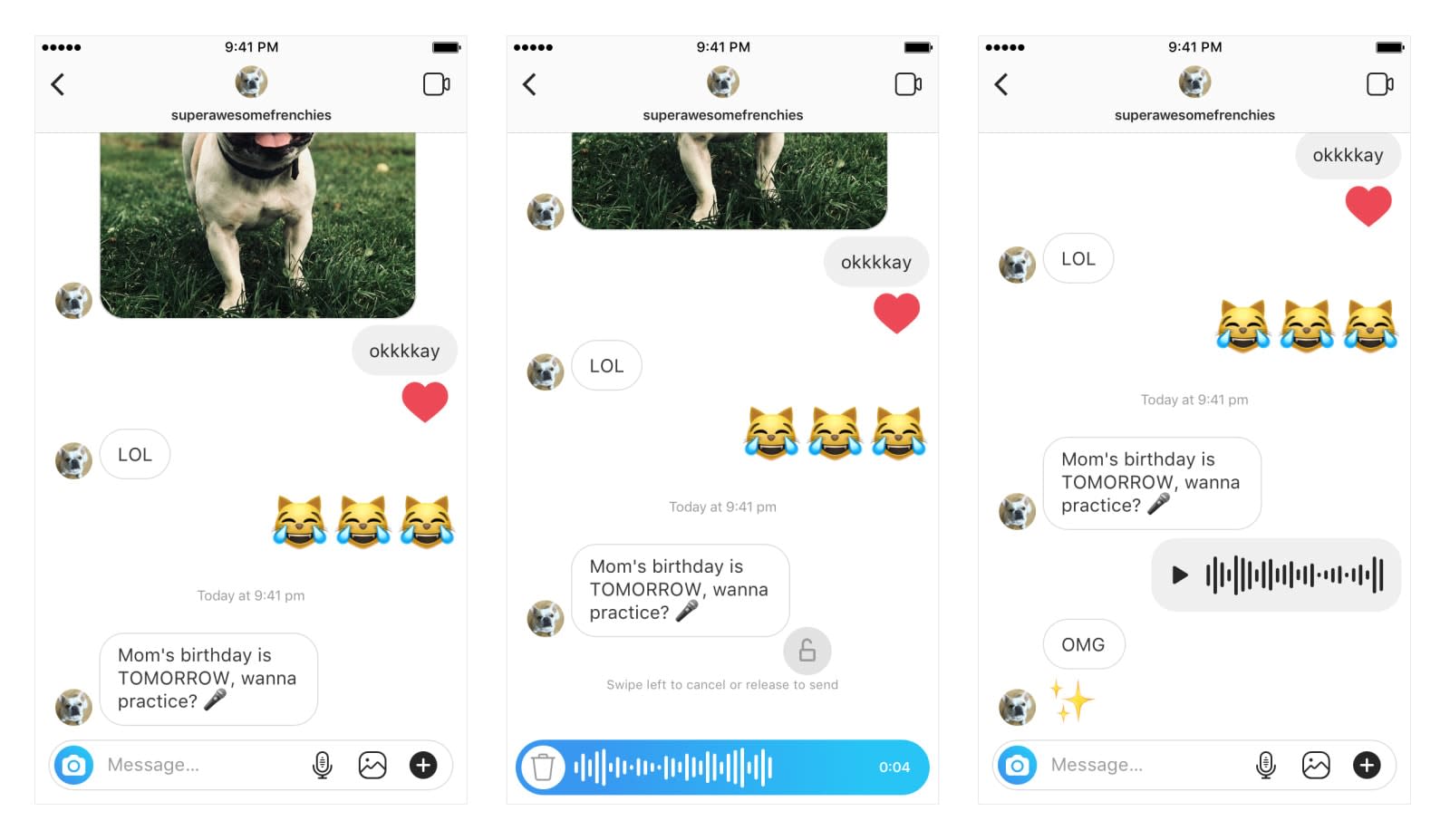 You no longer have to strike up a live conversation if you want voice chats on Instagram -- the social network has launched walkie-talkie style voice messaging feature for direct messages. If you want to speak your mind, you only have to hold down a microphone button to record a message that your recipients (either individuals or groups) can play on their own time. You can deliver a heartfelt message if text seems too impersonal, or dash off a quick reply when you don't have both hands free.

The feature should be available worldwide on both Android and iOS.

Voice messaging certainly isn't new to Facebook -- Messenger had it back in 2013. This is an acknowledgement that many people now use Instagram as their main chat platform, and that they want many of the same messaging features you expect from other apps. As TechCrunch explains, it could also be vital for people whose languages are either harder to type or just aren't represented properly in the digital world.

In this article: android, app, facebook, gear, instagram, instagramdirect, internet, ios, mobile, voice, voicemessaging, walkie-talkie, walkietalkie
All products recommended by Engadget are selected by our editorial team, independent of our parent company. Some of our stories include affiliate links. If you buy something through one of these links, we may earn an affiliate commission.