It asks for an IP address and a device serial number.

If you received a new Alexa device over the holidays and are working on setting it up, be warned that a fake Alexa setup app has been making its way up Apple's App Store charts. The app is called "Setup for Amazon Alexa" and it's from a company called One World Software that, as 9to5Mac points out, has two other shady apps in the App Store as well. As of writing, the app was ranked at #75 in the "Top Free" apps list and #6 in the list of top utilities apps.

According to 9to5Mac, when you launch the app, it asks for an IP address and your device's serial number, and so far, neither Apple nor Amazon seem to have taken any action against it. If you or anyone you know is setting up a new Alexa device, be sure to steer clear of this scam. 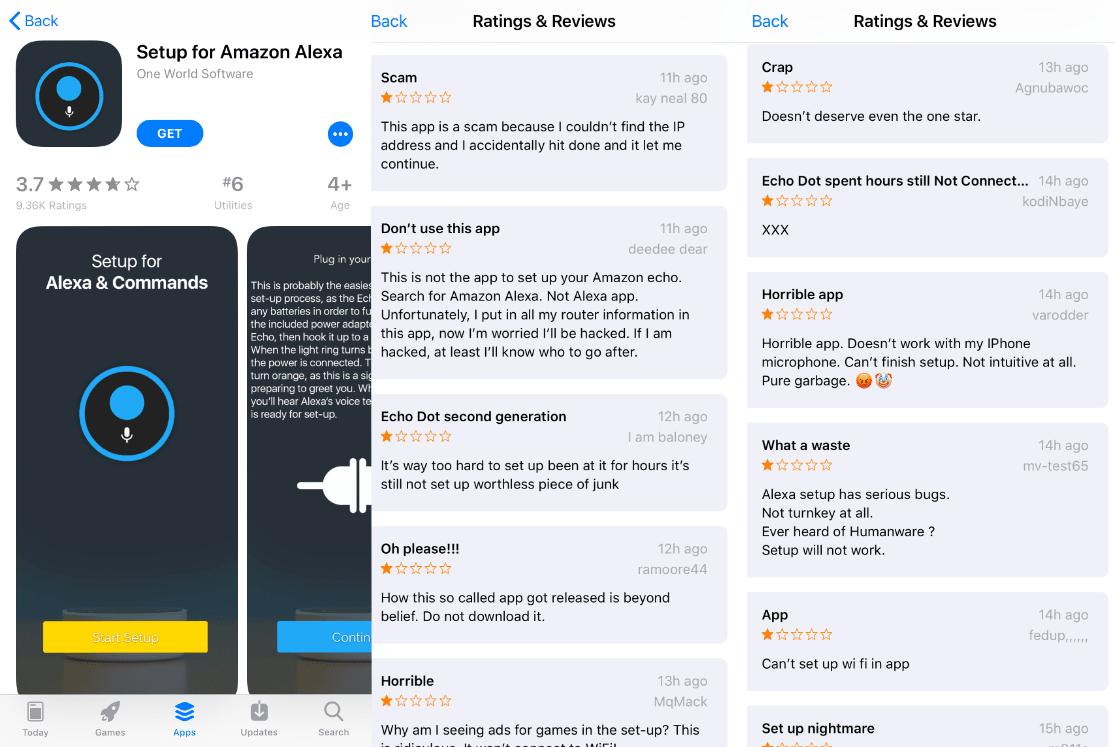 Update 12/28/18 9:20AM ET: An Amazon spokesperson has informed Engadget that the app has been removed from the App Store.