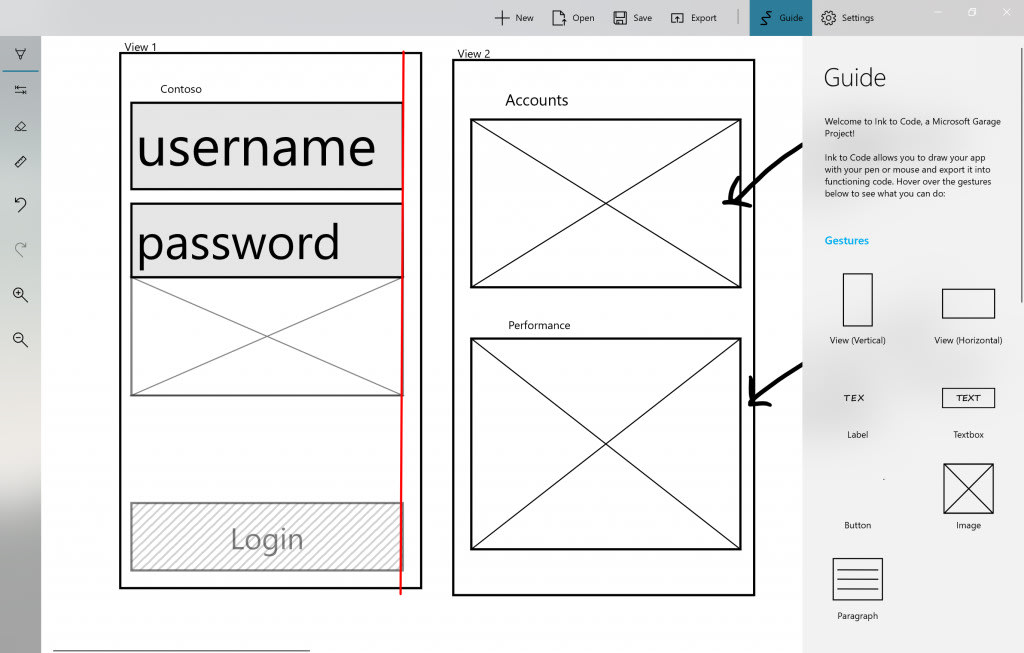 Sometimes, inspiration strikes in inconvenient places, and the best you can do to make sure the idea doesn't escape you is to write it down on scraps of paper or a napkin. The latest experimental project out of Microsoft's Garage program, which encourages employees to work on their innovative ideas, wants to make it easier to turn those "napkin sketches" into real products... for developers, at least. Called "Ink to Code," the Windows application takes rough notes and drawings and turns them into real code for Universal Windows and Android apps' user interfaces.

It can't magically turn your doodles into full-fledged working apps, but it can turn handwriting into text and transform boxes into buttons, text boxes and even image placeholders without you having to write code at all. According to Microsoft, the application uses Windows 10's Smart Ink to recognize objects and uses the tech titan's Visual Studio to digitize your sketches. It probably helps that Windows 10 Fall Creators Update gave Smart Ink's object recognition capabilities a boost.

Alex Corrado, one of the project's originators, explained the idea behind it:

"Getting your ideas for a new app or feature onto paper is one of the fastest, most natural parts of the brainstorming. But then, you ultimately need to turn that sketch into code and sooner than you know it, 10, 20, 30 iterations of a sketch really add up."

Ink to Code is in its very early stages, and the tech titan calls it a "prototype for prototypes." Microsoft believes, however, that the app can eventually serve as a "more productive canvas in brainstorm meetings" and can even encourage collaboration between people with different levels of design or technical knowledge. You can now access the Ink to Code Windows app if you're in the US and Canada -- unfortunately, it's unclear if and when it will make its way to other regions anytime soon.

Via: Ars Technica
Source: Microsoft
In this article: design, gear, inktocode, microsoft, microsoftgarage
All products recommended by Engadget are selected by our editorial team, independent of our parent company. Some of our stories include affiliate links. If you buy something through one of these links, we may earn an affiliate commission.