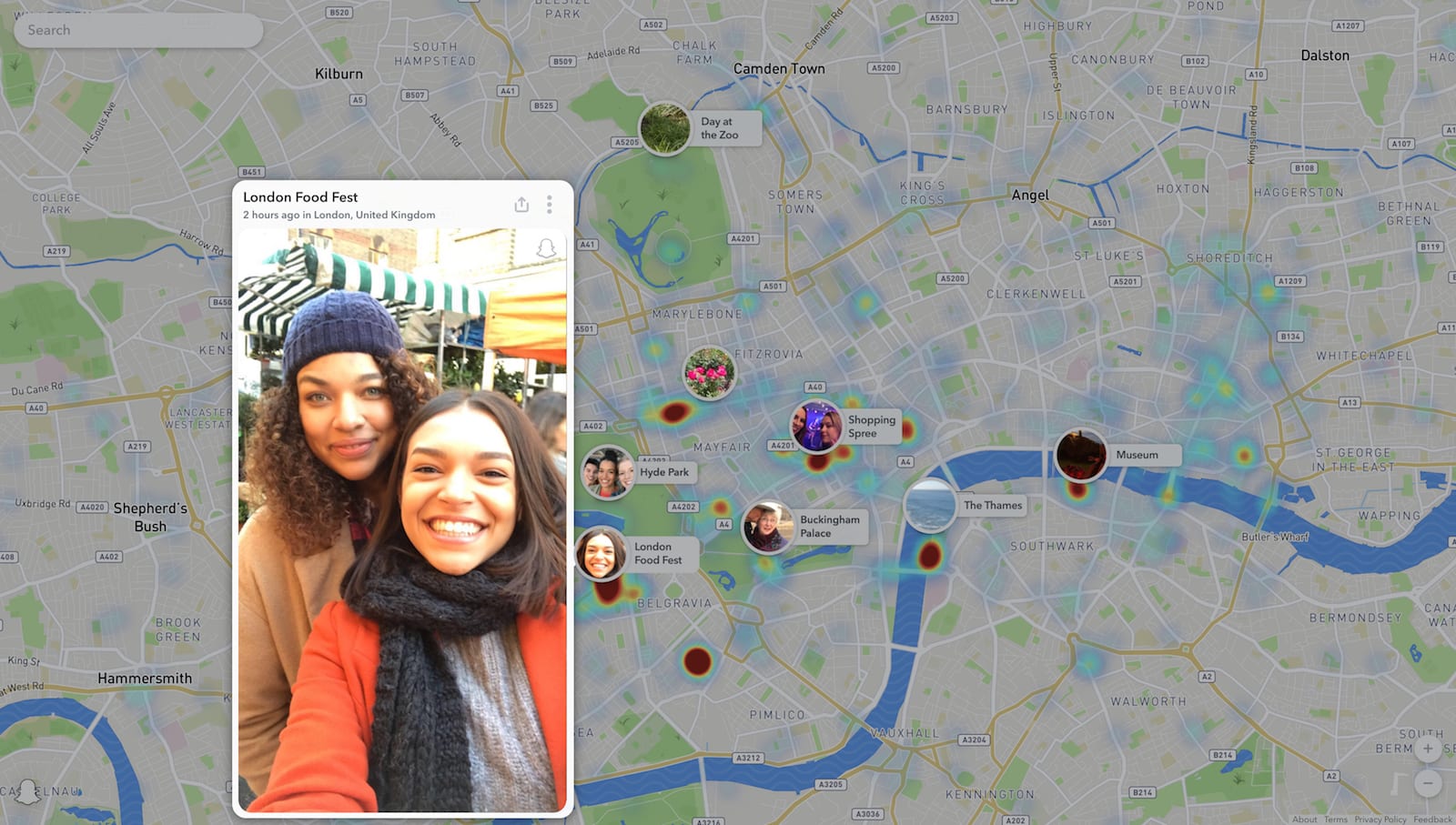 Last year, Snapchat released Snap Map, collections of public Stories laid out on a map so you can check out what your pals are up to or see if anything interesting is happening nearby. Now, Snapchat has made the map viewable on the web. Whether you're on Snapchat or not, you can head over to map.snapchat.com and view public Stories from around the world.

Snapchat says it's bringing Snap Map to the web in order to give everyone a look into events going on around them. The in-app version has allowed users to see what's going on in places outside of where they live and has become a tool for discovery and engagement during breaking news events, according to the company. In that regard, the web version of Snap Map can be embedded into other websites and Snapchat says it hopes the map will become a resource for media outlets. However, giving everyone a peek at what Snapchat offers could entice more people to sign up, which is also surely at play here.

This is one of the rare instances where Snapchat seems to be following the lead of other social platforms instead of the other way around. Instagram has brought more and more of its features to the web, while Snapchat is just getting started. Last month, for example, Snapchat began allowing users to share certain Stories outside of the app.

For users concerned that their Stories will be available on the web for anyone to see, only those that you've opted to share publicly through Snap to Our Story can be uploaded to Snap Map. The content is also moderated before it's loaded to Snap Map and won't show users' locations through their Actionmojis. The web map is available now and you can check it out here.

Source: Snap Map
In this article: av, gear, instagram, internet, snapchat, snapchatstories, snapmap
All products recommended by Engadget are selected by our editorial team, independent of our parent company. Some of our stories include affiliate links. If you buy something through one of these links, we may earn an affiliate commission.