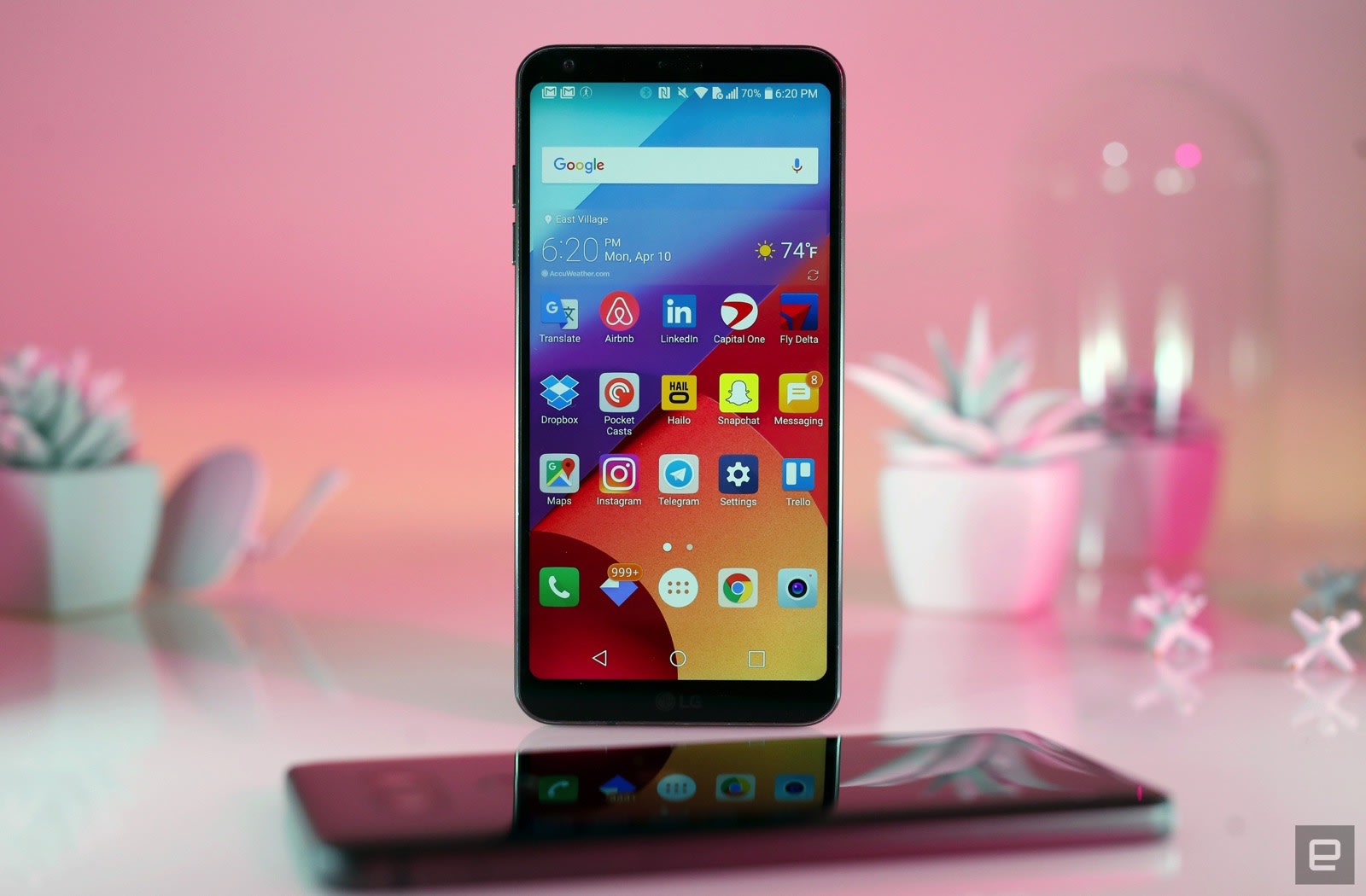 Just because LG is shying away from typical smartphone release cycles doesn't mean it will have nothing big to show in 2018. Well-known leaker Evan Blass has heard that LG is planning to unveil a new flagship phone, nicknamed Judy. The star attraction, as with the G6, would be the display -- though not for the usual reasons like size or resolution. Judy would have a 6.1-inch, 18:9 ratio screen whose MLCD+ technology (which includes white sub-pixels) promises a high 800-nit brightness while consuming 35 percent less power than a typical IPS LCD panel. You could use the phone outside on a sunny day without killing your battery as quickly as usual.

After that? Mostly, LG would be ticking checkboxes on what you'd hope for in a 2018 smartphone. You'd get a Snapdragon 845 processor (albeit with 'just' 4GB of RAM), dual 16-megapixel rear cameras with glass optics and f/1.6 apertures, stereo speakers, HDR visuals, water resistance and wireless charging. Logically, the AI camera technology from the upcoming V30 upgrade would also make the cut.

Don't expect to see it at Mobile World Congress later in February. Reportedly, LG launches Judy in June -- later than usual for the company, and certainly later than Samsung's Galaxy S9. The company will have to convince buyers that it was worth the wait, and a clever display will only go so far.

Source: VentureBeat
In this article: android, gear, judy, lg, mlcd, mobile, smartphone
All products recommended by Engadget are selected by our editorial team, independent of our parent company. Some of our stories include affiliate links. If you buy something through one of these links, we may earn an affiliate commission.