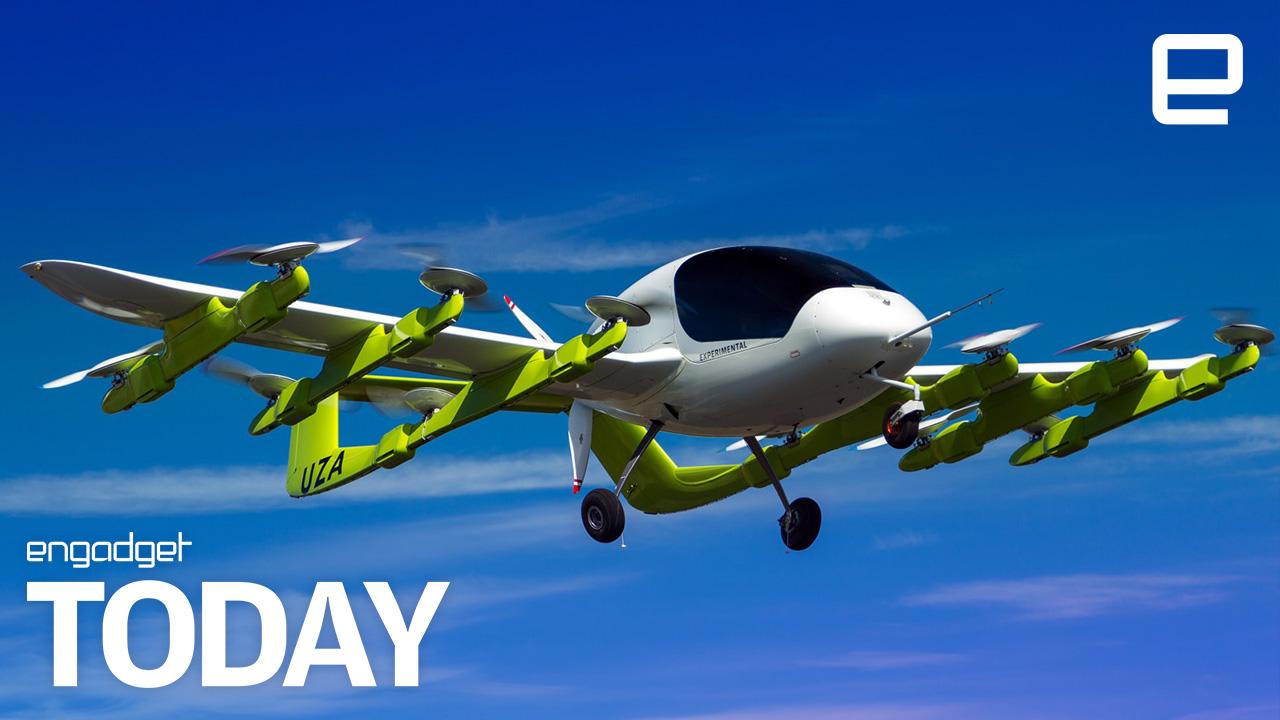 Reports surfaced in 2016 that Google co-founder (and now Alphabet CEO) Larry Page had two "flying car" projects in the works, and while we saw the Flyer recreational vehicle unveiled last year, today it's time to meet Cora. An "air taxi" developed by Page's Kitty Hawk company, the electric aircraft is intended for use as part of a transportation service instead of sale to individual users. It's built to use self-flying software, and uses 12 lift fans for vertical take-off and landing (VTOL) like a helicopter, so there's no need for a runway.

Once it's in the air, a single propeller drives Cora at about 110 miles per hour, between altitudes of 500 and 3,000 feet. According to the company's FAQ, the plane has three independent flight-computers and can navigate even if one goes down, while each rotor works independently and just in case things really go wrong the plane has a parachute for landing without its fans.

Vertical take-off and landing: Cora is powered by 12 independent lift fans, which enable her to take off and land vertically like a helicopter. Therefore, Cora has no need for a runway.

Range: Initially about 62 miles / about 100 kilometres.

Kitty Hawk is run by former Google X head Sebastian Thrun, while Cora's initial blog post makes out New Zealand as its base to make a future "where the freedom of flight belongs to everyone" in the same way that the Wright Brothers initially took off in North Carolina. As the New York Times explains, today the company will join with New Zealand Prime Minister Jacinda Ardern to announce an agreement to test the vehicles there.

Formerly Zee.Aero, Zephyr Airworks is Kitty Hawk's operator in New Zealand, although the companies haven't put a timeline on when it will be available for rides. A timeline on the website shows how far things have come over the years, from its first hover in 2011, first self-piloted transition in 2014 and the beginning of self-piloted testing in New Zealand last October. Of course, Kitty Hawk isn't the only company working on "air taxi" concepts, but others like EHang and Uber Elevate aren't in operation yet either.

Source: Cora, Cora Launch video (YouTube)
Coverage: New York Times, Stuff.co.nz
In this article: alexroetter, cora, dailyshow, Engadget, EngadgetToday, engadgetvideo, gear, google, kittyhawk, larrypage, newzealand, sebastianthrun, tomorrow, transportation, vtol
All products recommended by Engadget are selected by our editorial team, independent of our parent company. Some of our stories include affiliate links. If you buy something through one of these links, we may earn an affiliate commission.