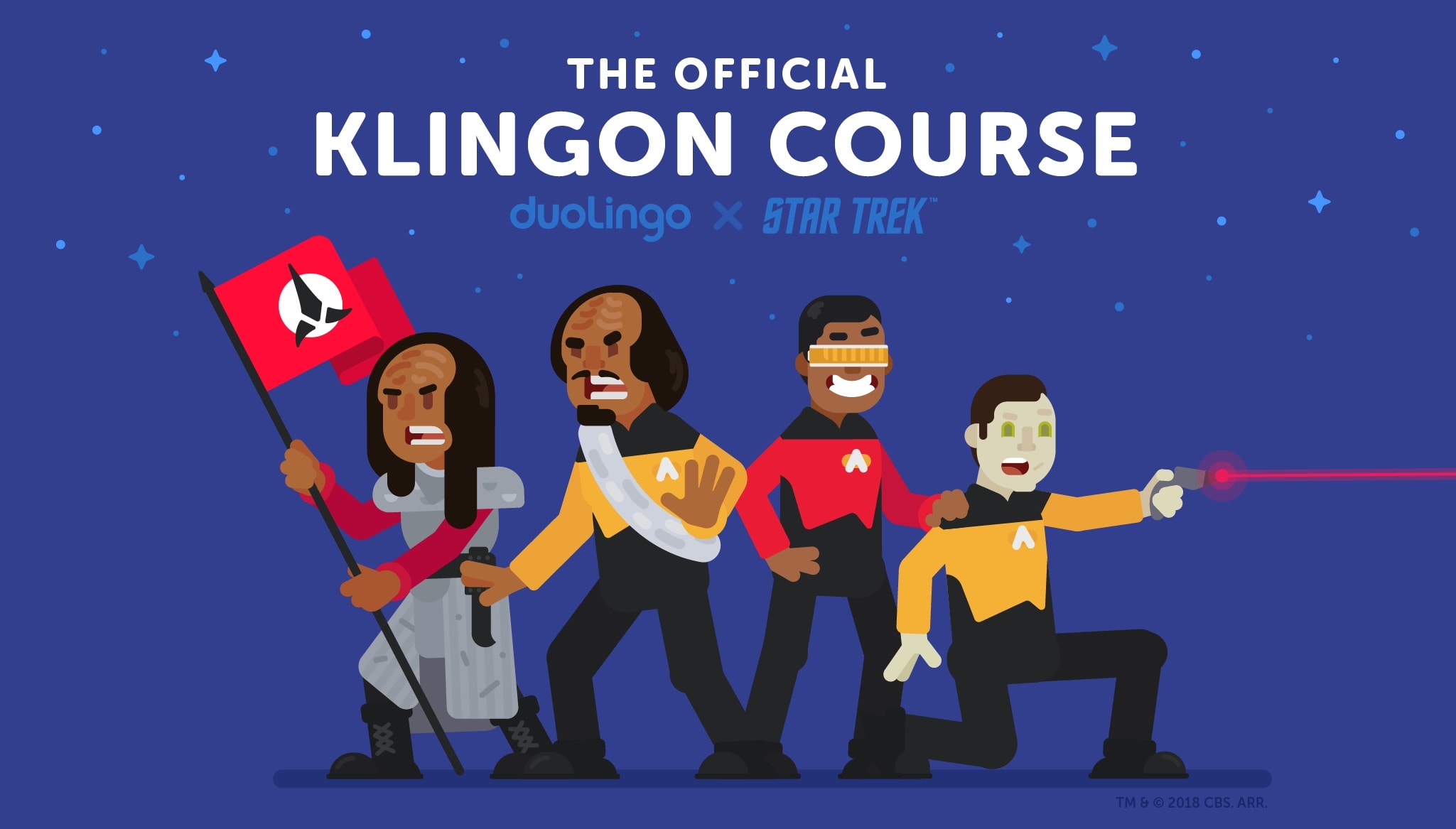 It's not an exaggeration to say we've been waiting for Duolingo's course in Klingon for years. Now, it's finally making its debut. Star Trek fans (or really, anyone who's interested in taking a course in a constructed language, or conlang) can access a Klingon language course for free via the Duolingo website. It will be made available on the iOS and Android apps at a later date. The course is under license by CBS Consumer Products.

It's not the first conlang that Duolingo has a course for. The service's 200 million users currently have access to both Esperanto and High Valyrian (from Game of Thrones). But how does an organization decide to create a language course for a fictional language like Klingon? Michaela Kron, Duolingo's senior PR manager, explained that it was all about the company's volunteer system.

"While some of our earliest courses were built internally, most Duolingo courses are built by volunteers using the Duolingo Incubator," Kron explained to Engadget. "Through an application process, we carefully vet the volunteer contributors to ensure their skill level and commitment to the project needs. Then our team of language learning experts, linguistics PhDs, and tech staff help review the courses and provide QA and testing."

Once there were enough volunteers fluent in the language who were willing to spend time on the project, development could begin on a Klingon course. "In the case of Klingon, the course development was led by Felix Malmenbeck, the course's lead contributor who is a fluent Klingon speaker and has been passionate about the language even before he became a fan of Star Trek," Kron said. 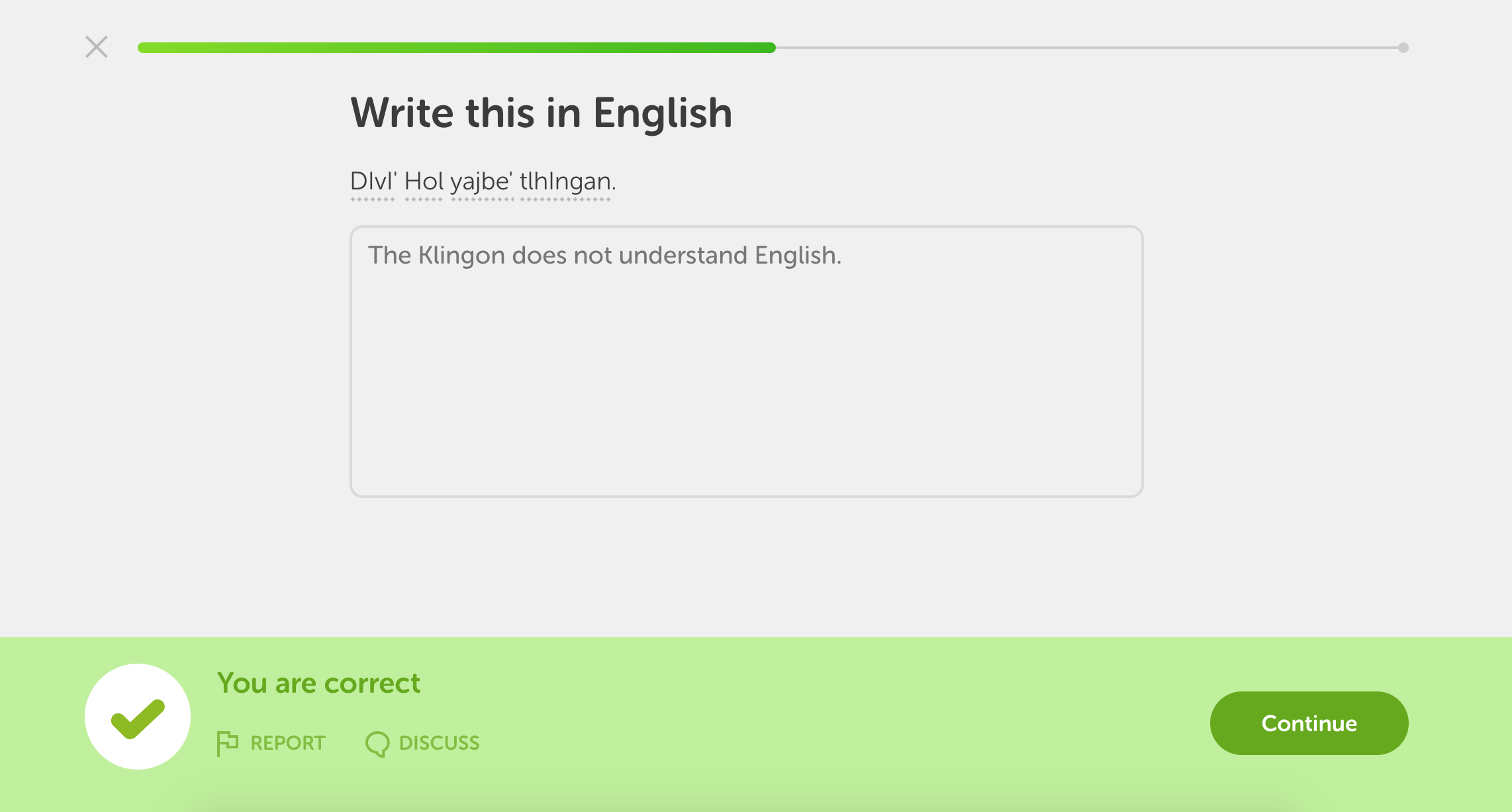 It was somewhat of a bumpy road to bring this course to market, though. Part of that is because, again, it's an all-volunteer team. "On our end, it took some time to find Klingon experts who could commit the time and effort to creating a full-fledged course, as we wanted the course to be substantial and cover a lot of ground," clarified Kron. However, it was more than just that. Klingon is an exceptionally complicated language, as any Star Trek fan is aware.

The language had some quirks of its own, and Duolingo's software team had to adjust the platform to compensate. "For example, Klingon uses apostrophes in the middle of words, which is not something our system was able to handle at first, since no other language does it," Kron recalled. "Klingon also has case sensitivity, which means that a word can take on different meanings if it's capitalized or lowercased." In the latter case, the team was able to implement a tweak they'd already developed for the German language, which has a similar facet. 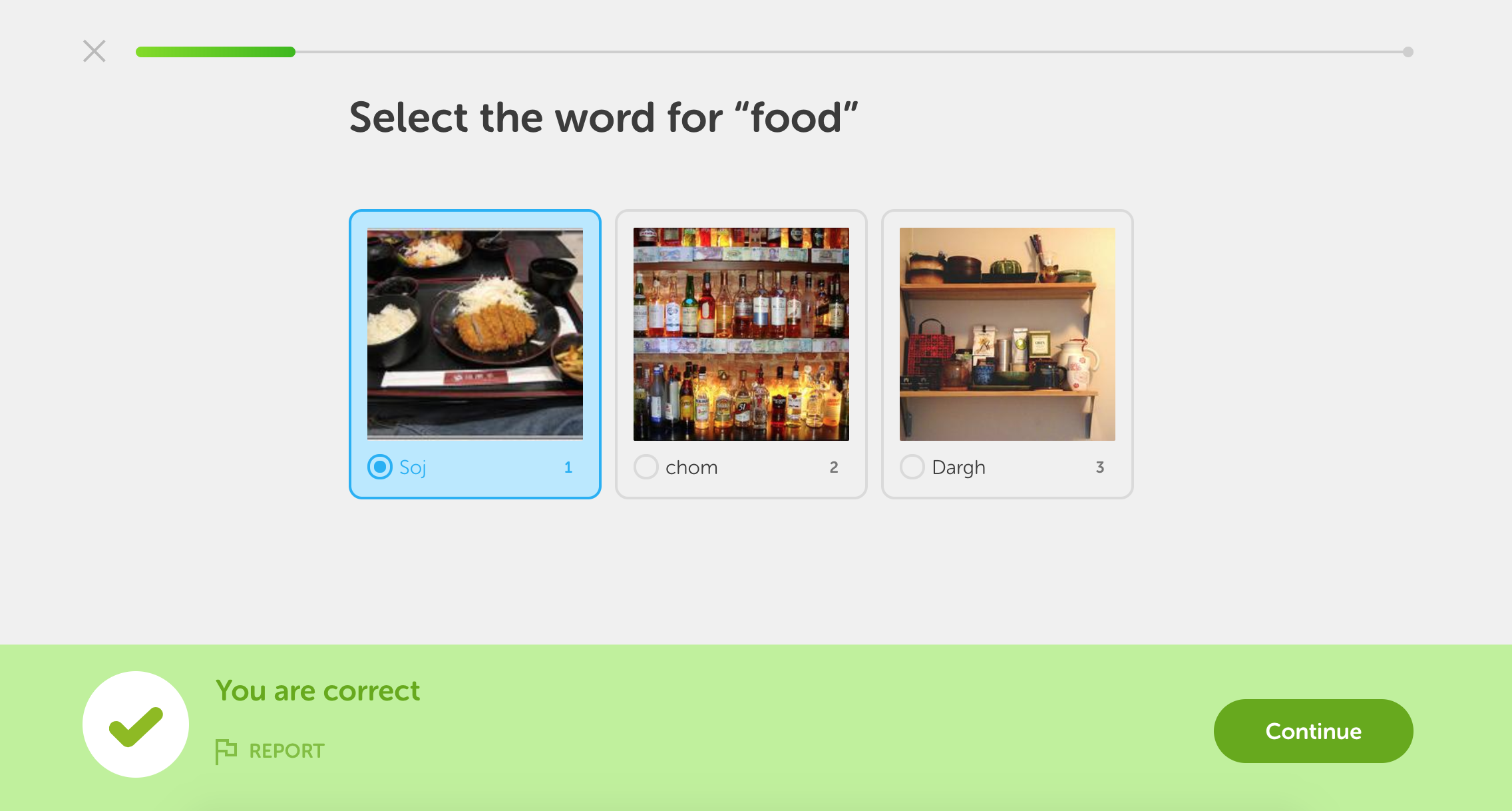 But why would anyone want to learn a fictional language? As course creator Felix Malmenbeck, who resides in Stockholm, Sweden, points out, it's another way to express fandom and a love for the franchise, especially for those who are interested in the mechanics of language. "Many Star Trek fans become curious about the Klingon language at some point, but learning a language takes time, energy and regular practice, especially when you're just starting out," Malmenbeck explained to Engadget. "Therefore, if the language isn't one of your primary interests, chances are you'll end up investing that energy elsewhere, whether it's cosplay, fan fiction, reading novels or any of the multitude of forms that fandom can take."

The course couldn't come at a better time. The Star Trek franchise's newest installment, Discovery, has featured the Klingons and their language heavily in its first season. It's provided for a renewed interest in the franchise as a whole and Klingons in particular, and now Duolingo has lowered the barrier for entry to learning the language. "I suspect that this will lead to an increased number of Star Trek fans continuing their studies of Klingon," Malmenbeck concluded.

In this article: duolingo, entertainment, klingon, services
All products recommended by Engadget are selected by our editorial team, independent of our parent company. Some of our stories include affiliate links. If you buy something through one of these links, we may earn an affiliate commission.