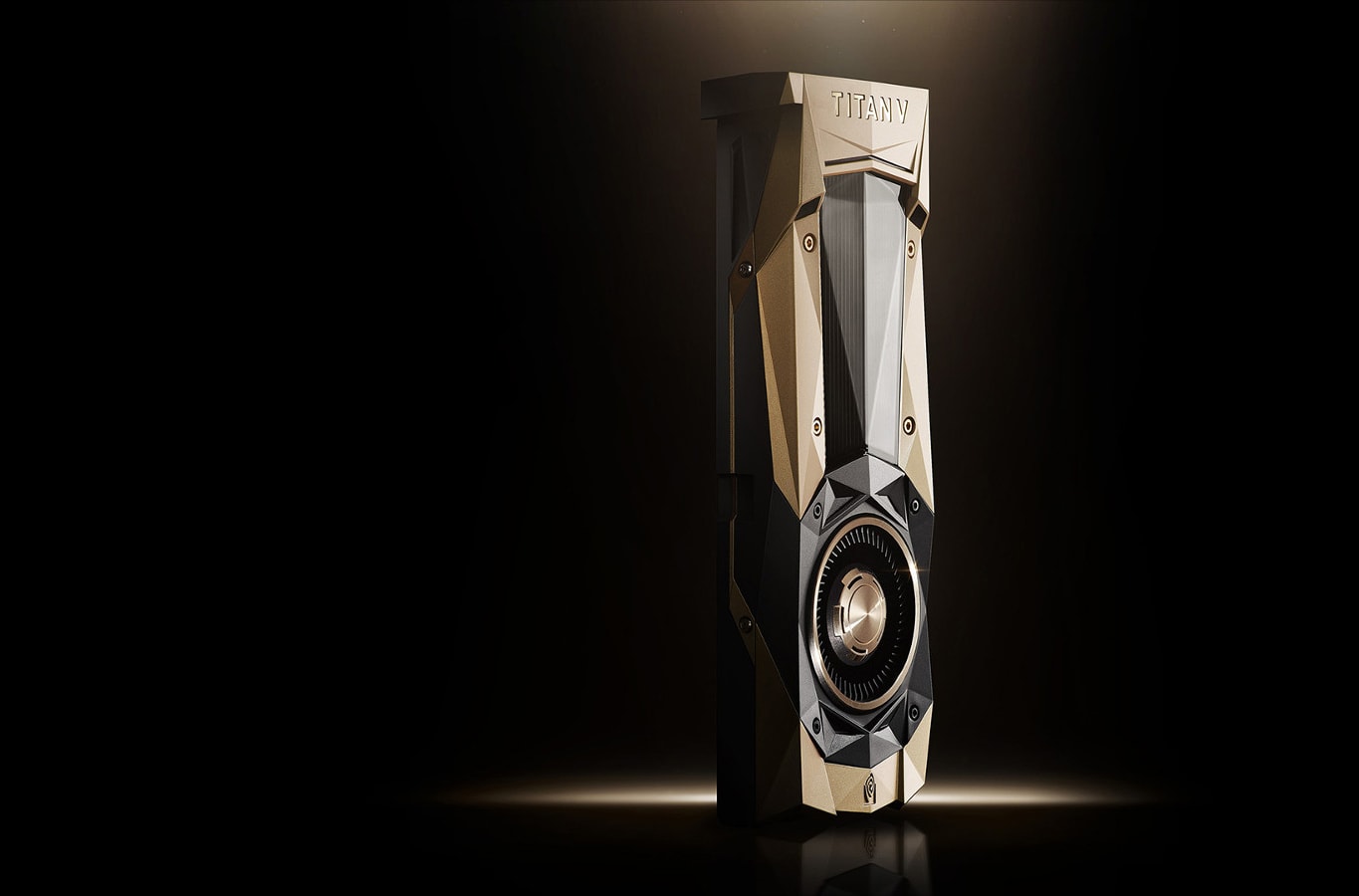 It's been exactly five years since NVIDIA announced Volta, its next-generation GPU architecture. The closest thing to a Volta consumer graphics card we've seen since is the Titan V, a $3,000 offering targeted at scientists that was announced three months ago. Well, today at GDC, NVIDIA is... still not announcing a new GeForce card based on Volta. What it's doing instead is teasing that Volta cards will have some exclusive GameWorks features.

The new features are part of "RTX," a "highly scalable" solution that, according to the company, will "usher in a new era" of real-time ray tracing. Keeping with the acronyms, RTX is compatible with DXR, Microsoft's new ray tracing API for DirectX. To be clear, DXR will support older graphics cards; it's only the NVIDIA features that will be locked to "Volta and future generation GPU architectures."

So, what's ray tracing? It's a rendering technique based on how we see the world. In nature, light photons bounce off of various objects before they hit your eyes. Because simulating every photon in real-time is a little ambitious, ray tracing reverses that process, sending millions of lines outwards from the camera towards the scene in front. When a ray hits something, it then checks the object's properties as well as the light sources around it to calculate the exact color that pixel on your screen should be.

There's more to it, of course, but no one wants to read about algorithms on a Monday morning. All you need to know is that it makes scenes look much more realistic. Pretty much all pre-rendered CGI (think, any Hollywood blockbuster) utilizes ray tracing, but it's been thought of as too demanding for use in gaming outside of certain effects.

NVIDIA says lots of developers are on board and will be showing off real-time ray tracing at the GDC this week. Engine partners include Epic Games (Unreal Engine), EA (Frostbite) and Unity; in addition, EA, 4A Games (Metro series) and Remedy (Quantum Break) are signed up on the development side. As previously mentioned, Microsoft is also an API partner with DirectX. What we probably won't see on show are the new GameWorks features, which "will support Volta and future generation GPU architectures" and enable ray-traced area shadows, ray-traced glossy reflections and ray-traced ambient occlusion.

GameWorks, for those of you that aren't into PCs and/or controversy, is NVIDIA middleware that allows developers to add extra bells and whistles to their games. A lot of it is related to physics and lighting, but the features you've probably heard of are HairWorks and TurfWorks, which, in games like Final Fantasy XV, allow for richer grass and fluffier creatures. GameWorks is also fairly controversial in PC gaming -- the features are heavily optimized for NVIDIA cards, and running them on an AMD GPU often leads to terrible performance, as NVIDIA won't share its source code with its rival. (Some would argue they lead to terrible performance on NVIDIA cards as well, it's just not quite as pronounced.)

RTX and the as-yet-unnamed GameWorks features were announced on a briefing call last week. The short Q-and-A session that followed can essentially be summarised as "journalists find creative ways to ask if NVIDIA is going to announce a Volta GeForce card." Despite some inventive phrasing, none of the question-askers were successful.

Recent rumors suggested that the next GeForce line won't even be based on Volta, but rather some sort of bridging architecture called "Ampere." That seems unlikely, given the announcement of Volta-specific features, but the "future generation GPU architectures" mention does mean NVIDIA could announce wider compatibility if and when Ampere is announced. Now that NVIDIA's GDC is done, the next date for a graphics card announcement would be its GPU Technology Conference (GTC) at the end of the month. GTC is more focused on self-driving cars and AI, but the March 27th keynote could make a nice platform for an announcement.

In this article: api, av, cgi, directx, gadgetry, gadgets, gameworks, gaming, gear, gtx, nvidia, raytracing, rtx, volta
All products recommended by Engadget are selected by our editorial team, independent of our parent company. Some of our stories include affiliate links. If you buy something through one of these links, we may earn an affiliate commission.