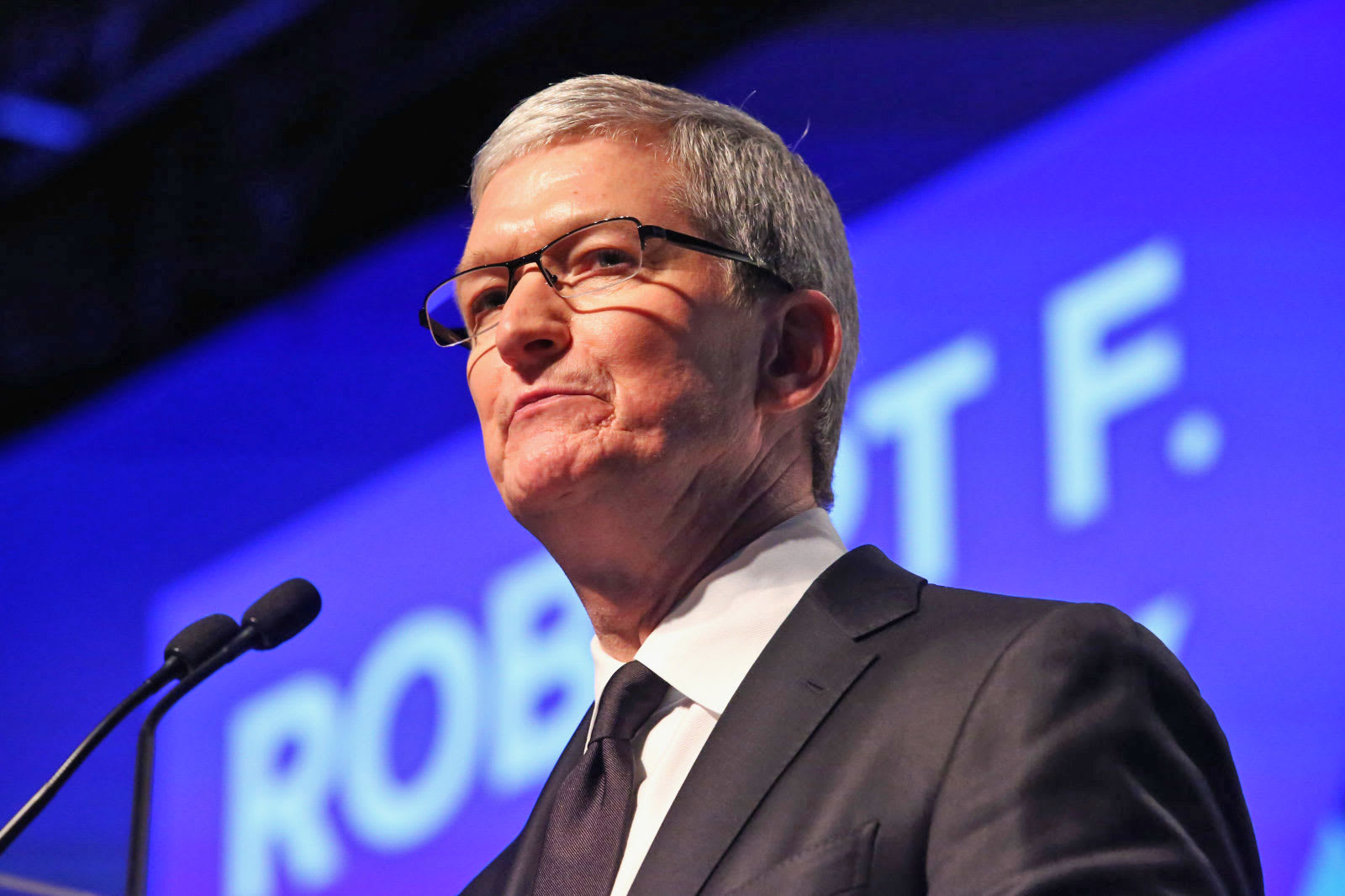 In a conversation with MSNBC's Chris Hayes and Recode's Kara Swisher, Apple CEO Tim Cook criticized Facebook and the way it manages its users' data, Recode reports. During the interview -- which will air on MSNBC next month -- Cook commented on Facebook's data privacy standards as well as the ongoing Cambridge Analytica scandal. "We've never believed that these detailed profiles of people, that have incredibly deep personal information that is patched together from several sources, should exist," he said, adding that these sort of profiles "can be abused against our democracy. It can be abused by advertisers as well."

Apple's Tim Cook on how to protect privacy:
- I would make sure I understood the privacy policy of every app and every website you frequent.
- I would go into private browsing mode. Think about blocking cookies.
- The only way to protect your data, is to encrypt.#RevolutionCHI pic.twitter.com/ZpTsRxn4KN

On the topic of regulation, Cook said that no regulation is best in his opinion since it can come with unexpected consequences. "However, I think we're beyond that," Cook said. "I do think it's time that a set of people think deeply about what can be done." When asked what he would do if he were Facebook CEO Mark Zuckerberg, Cook replied, "I wouldn't be in this situation."

Cook called for regulation earlier this month in light of the Cambridge Analytica situation, saying at the China Development Forum that "well-crafted" regulation is now "necessary." And he's been critical of Facebook and Google before in regards to their privacy standards. "The truth is, we could make a ton of money if we monetized our customer -- if our customer was our product," Cook said during the interview. "We've elected not to do that."

The interview will air at 8PM Eastern on April 6th.

Source: Recode, The Verge
In this article: apple, facebook, gear, google, internet, privacy, regulation, security, TimCook
All products recommended by Engadget are selected by our editorial team, independent of our parent company. Some of our stories include affiliate links. If you buy something through one of these links, we may earn an affiliate commission.