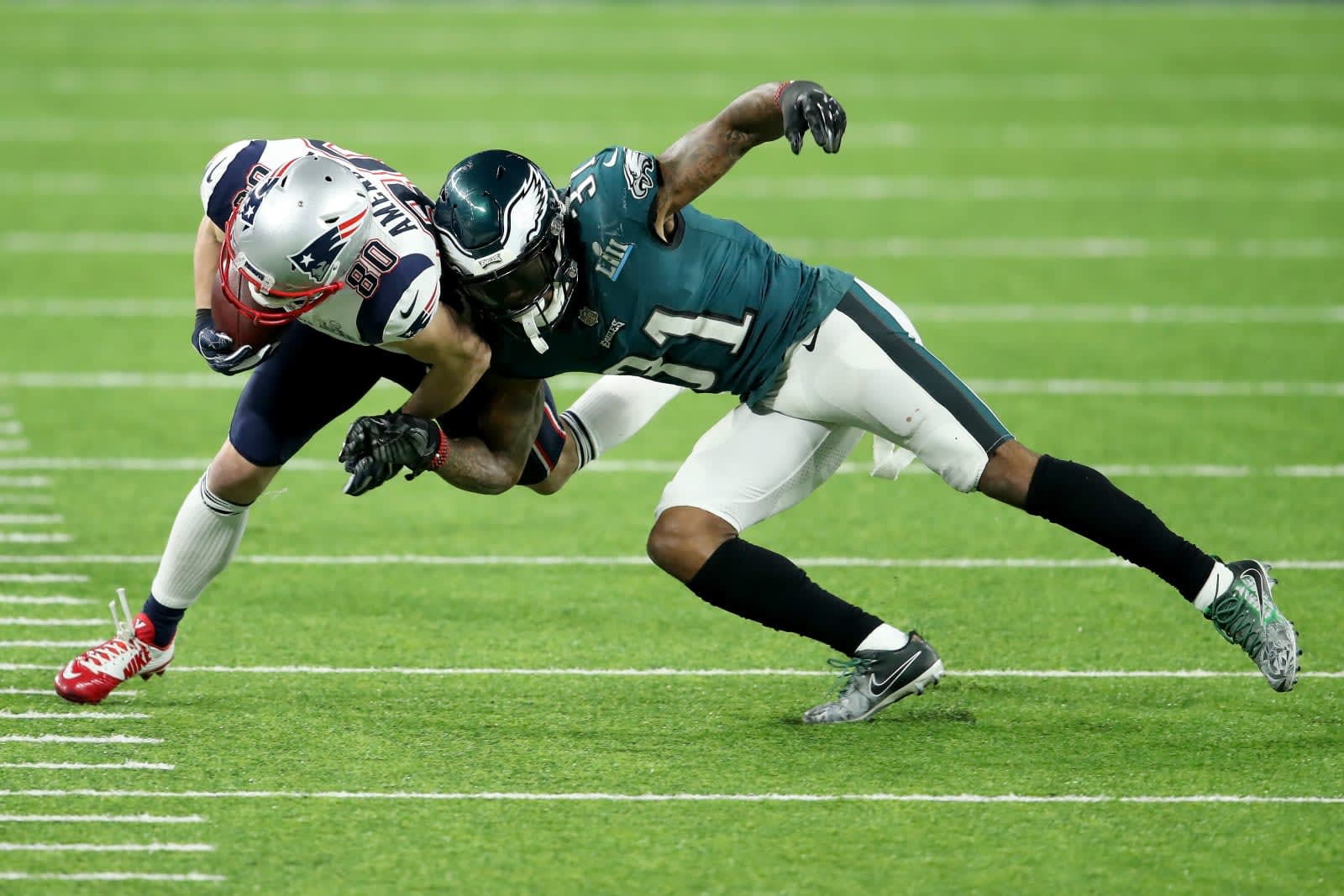 Researchers may have uncovered some really useful information about what goes on in the brain during a concussion. Getting that kind of information is pretty difficult since it's not exactly practical to image a brain while sustaining an injury and not exactly ethical to introduce an injury to a living person for the purpose of study. But with the help of some computer modeling and head impact data collected from special mouthguards worn by football players, the researchers found that injury is more likely to occur when separate parts of the brain vibrate at different frequencies.

In a previous experiment, the researchers collected head impact data from football players using mouthguards outfitted with accelerometers and gyroscopes. For this study, they used data from 189 head collisions, two of which resulted in a concussion, and simulated how the brain moved during each of those hits. They found that in a typical hit that didn't result in an injury, the brain wobbled back and forth about 30 times per second and the whole brain did so fairly uniformly. But with more intense impacts, the simulations showed that some parts of the brain vibrated differently than other parts, and when that happened, it put a lot of added strain on brain cells.

Notably, the team found that in one of the concussion cases, which resulted in the player temporarily losing consciousness, a part of the brain called the corpus callosum that connects the right and left hemispheres vibrated more quickly than other areas surrounding it. That difference in vibration can cause the tissue to stretch and strain and could explain some of the effects of a concussion.

There are some limitations. There were few concussion cases included in the study and the simulations are largely based on measurements taken from cadaver experiments, not living people. The researchers further note that there are some errors in the mouthguard measurements. But it's definitely a start, and with more research, these sorts of findings could help inform better helmet design and treatment strategy.

The research was recently published in Physical Review Letters.

Via: Stanford University
Source: Physical Review Letters
In this article: brain, BrainInjury, concussion, football, gear, medicine, research, TraumaticBrainInjury
All products recommended by Engadget are selected by our editorial team, independent of our parent company. Some of our stories include affiliate links. If you buy something through one of these links, we may earn an affiliate commission.