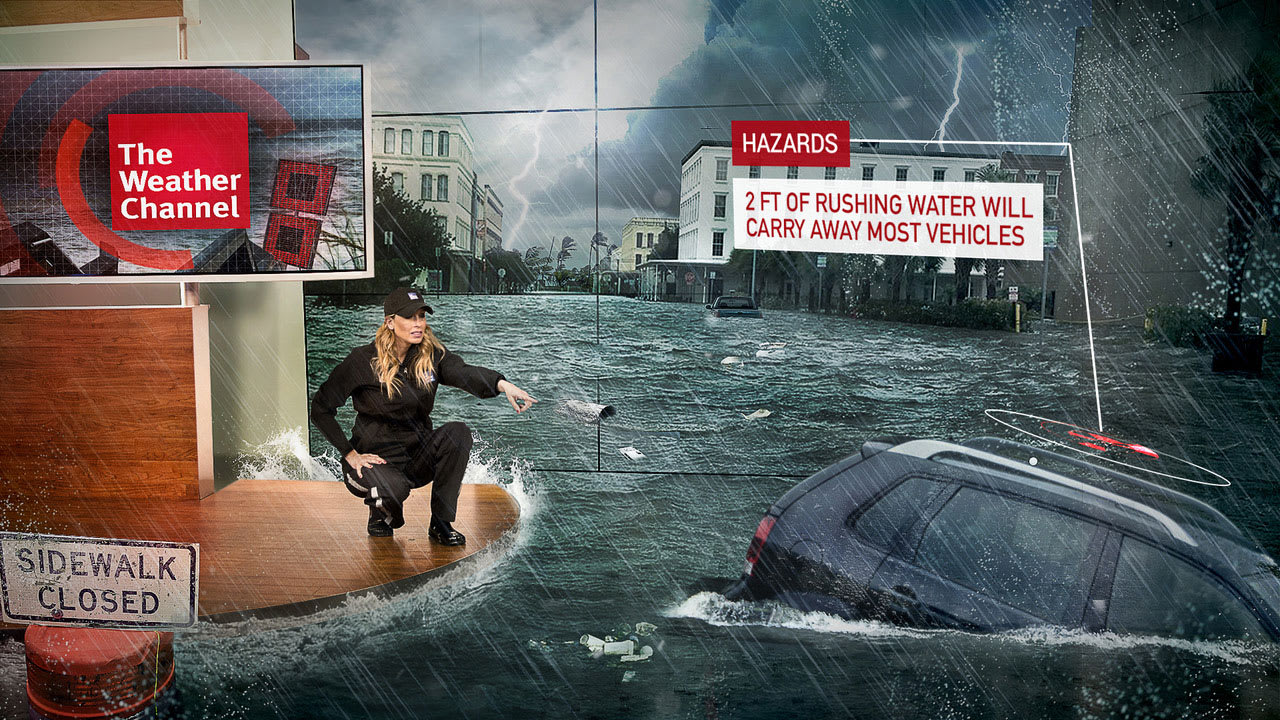 It looks like The Weather Channel's broadcasts are about to get a lot more immersive. The channel's parent, The Weather Group, is teaming up with The Future Group, powered by the Unreal Engine, to present broadcasts in mixed reality. And, quite frankly, it looks pretty cool, judging from the pictures included with the blog post. 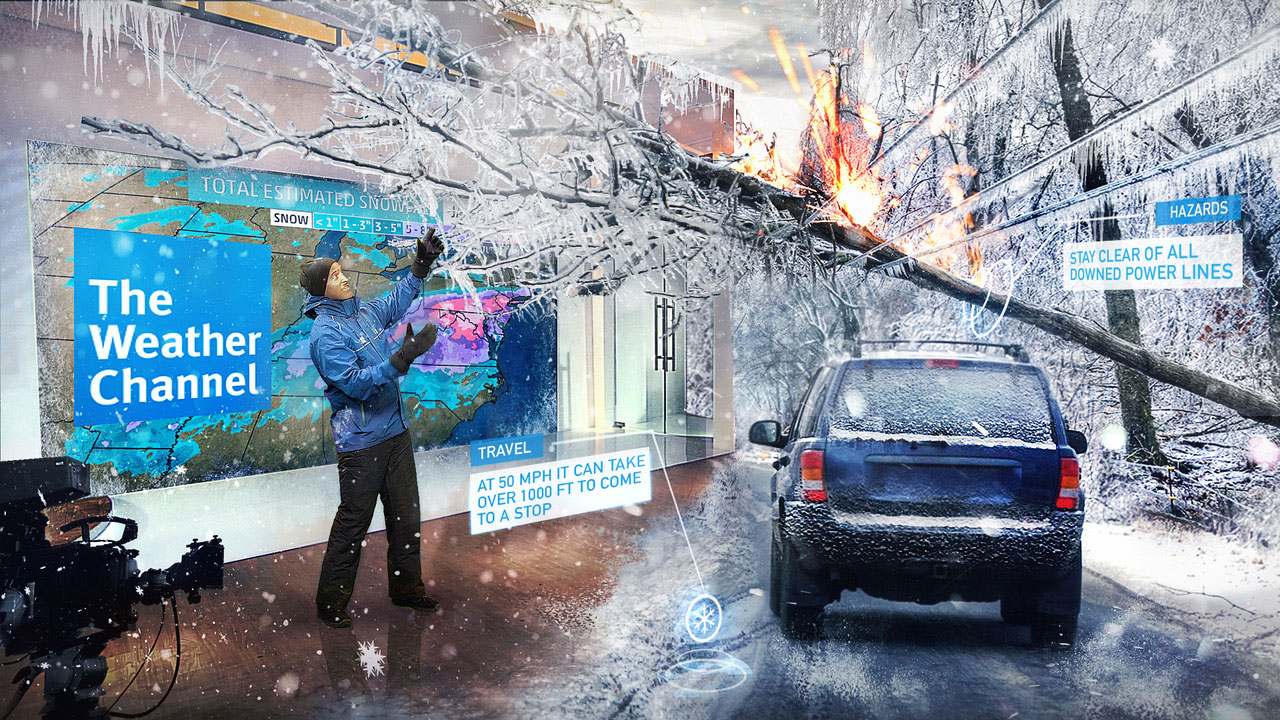 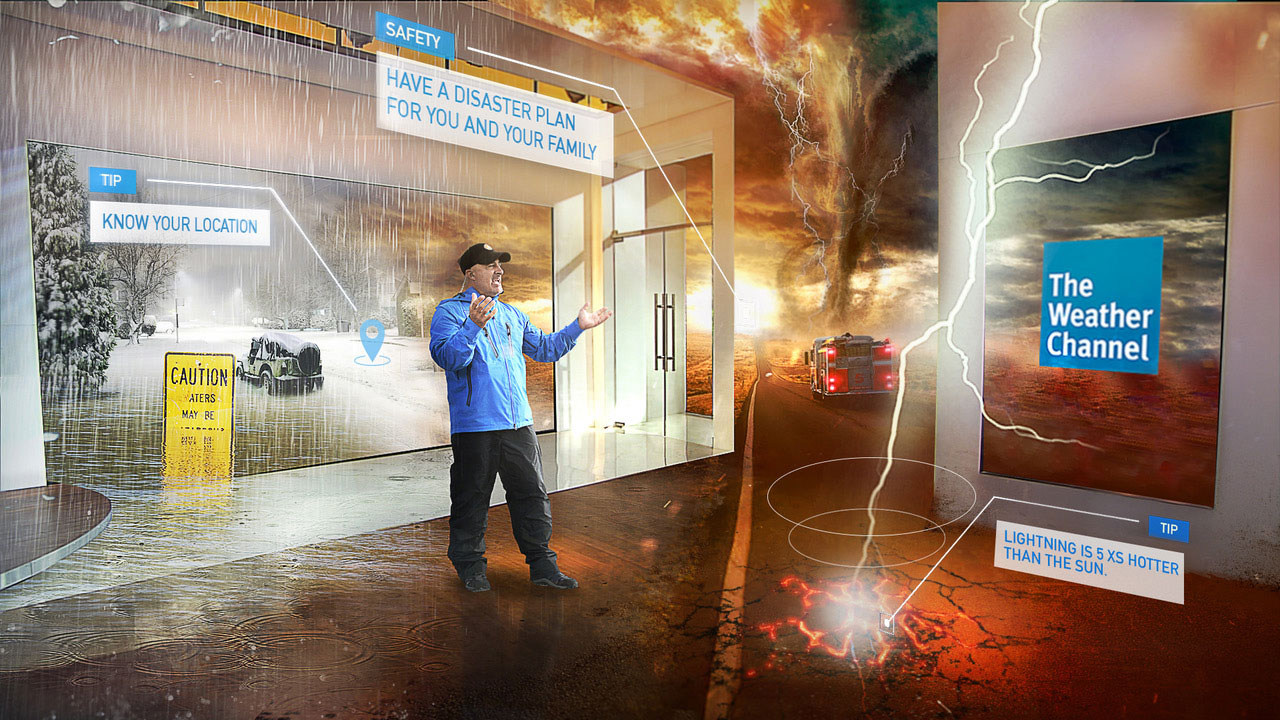 "Our immersive mixed reality (IMR) presentations will combine 360 HD video and augmented and virtual reality elements that are driven by real-time data and our expert on-air talent to transport our audience into the heart of the weather," said the Vice President of Design for The Weather Group, Michael Potts. "Using The Future Group's Frontier powered by Unreal Engine for weather broadcasting has never been done before. We are excited to continue our investment in the latest technologies that are not just cutting-edge, but on the bleeding edge of design and science."

The Unreal Engine powers quite a few cutting edge video games. Last month, Engadget Senior Editor Edgar Alvarez took a look at Siren, a digital personality created by Epic Games. Thanks to the Unreal Engine, it's hard to see the line between CGI and reality. And Nintendo has apparently embraced Unreal, while Tim Sweeney, the co-founder of Epic Games, hopes that the Unreal Engine will be behind a cross-platform gaming revolution. It's a powerful tool, and it will be interesting to see what The Weather Group does with it.

Source: Unreal Engine
In this article: av, entertainment, futuregroup, tomorrow, unrealengine, weatherchannel
All products recommended by Engadget are selected by our editorial team, independent of our parent company. Some of our stories include affiliate links. If you buy something through one of these links, we may earn an affiliate commission.