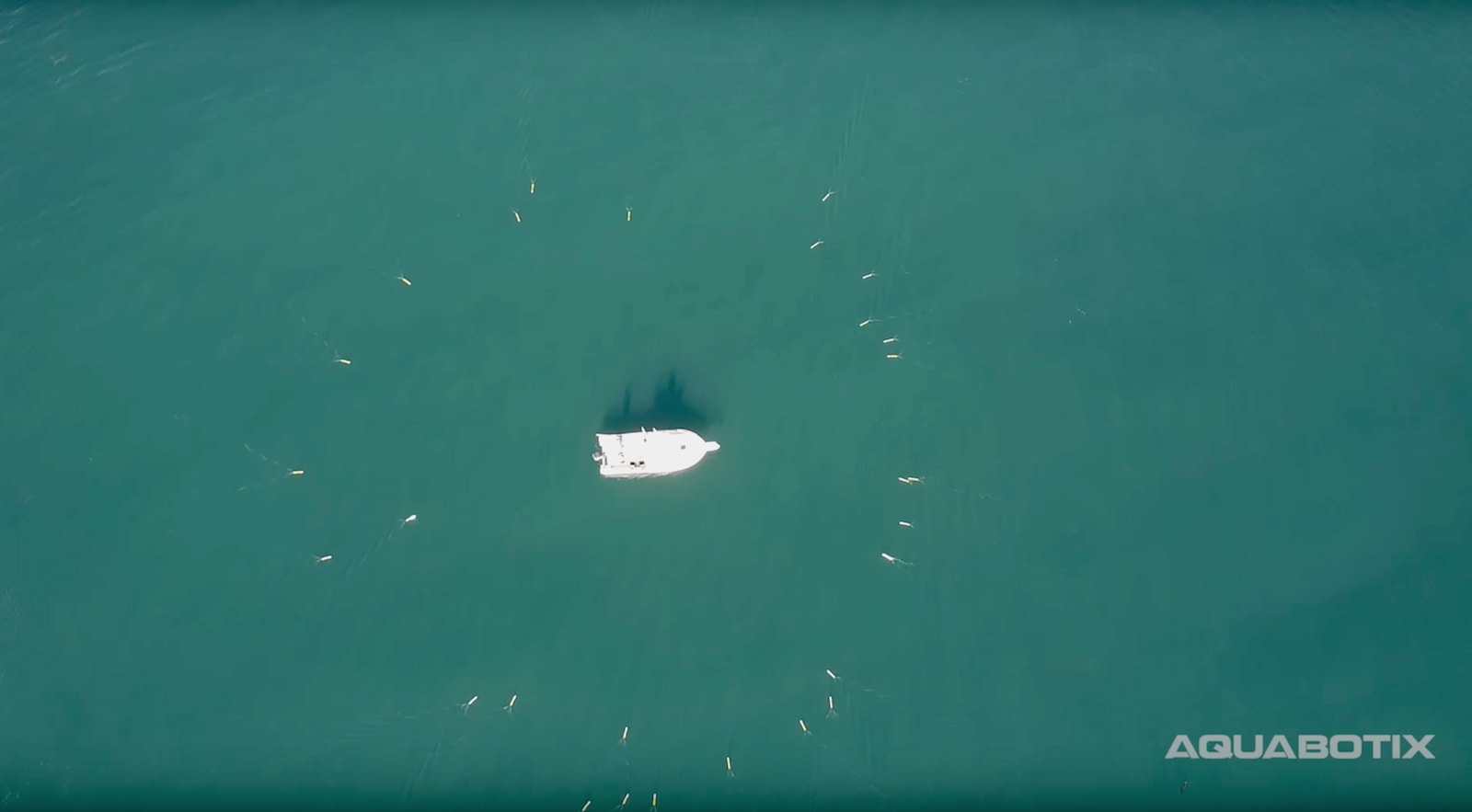 We haven't heard the "Aquabotix" name in awhile, but that doesn't mean the company's been resting on its laurels. The aquatic drone company has been working on SwarmDivers, which as the name suggests, is a cluster of drones that can "function simultaneously as a single coordinated entity, be easily controlled via one operator on the surface, and perform dives on command" according to a press release.

The main focus is military/defense applications for now. The press release only mentions other applications briefly, and right at the end, saying that the drones are capable of research, harbor management and oceanography too.

As far as the intended applications go, the first one mentioned is reconnaissance. The system is apparently capable of "sophisticated, coordinated assaults" by tracking, trailing and overwhelming targets, as well. The drones can dive up to 50 meters, weigh 1.7kg (3.7 pounds) and at 75cm (29.5 inches) are relatively tiny. Wanna see them in action? That's what the video below is for.

Via: ZDNet
Source: PR Newswire
In this article: aquabotix, drone, gear, robots, swarmdivers, swarmdrone, uuv
All products recommended by Engadget are selected by our editorial team, independent of our parent company. Some of our stories include affiliate links. If you buy something through one of these links, we may earn an affiliate commission.