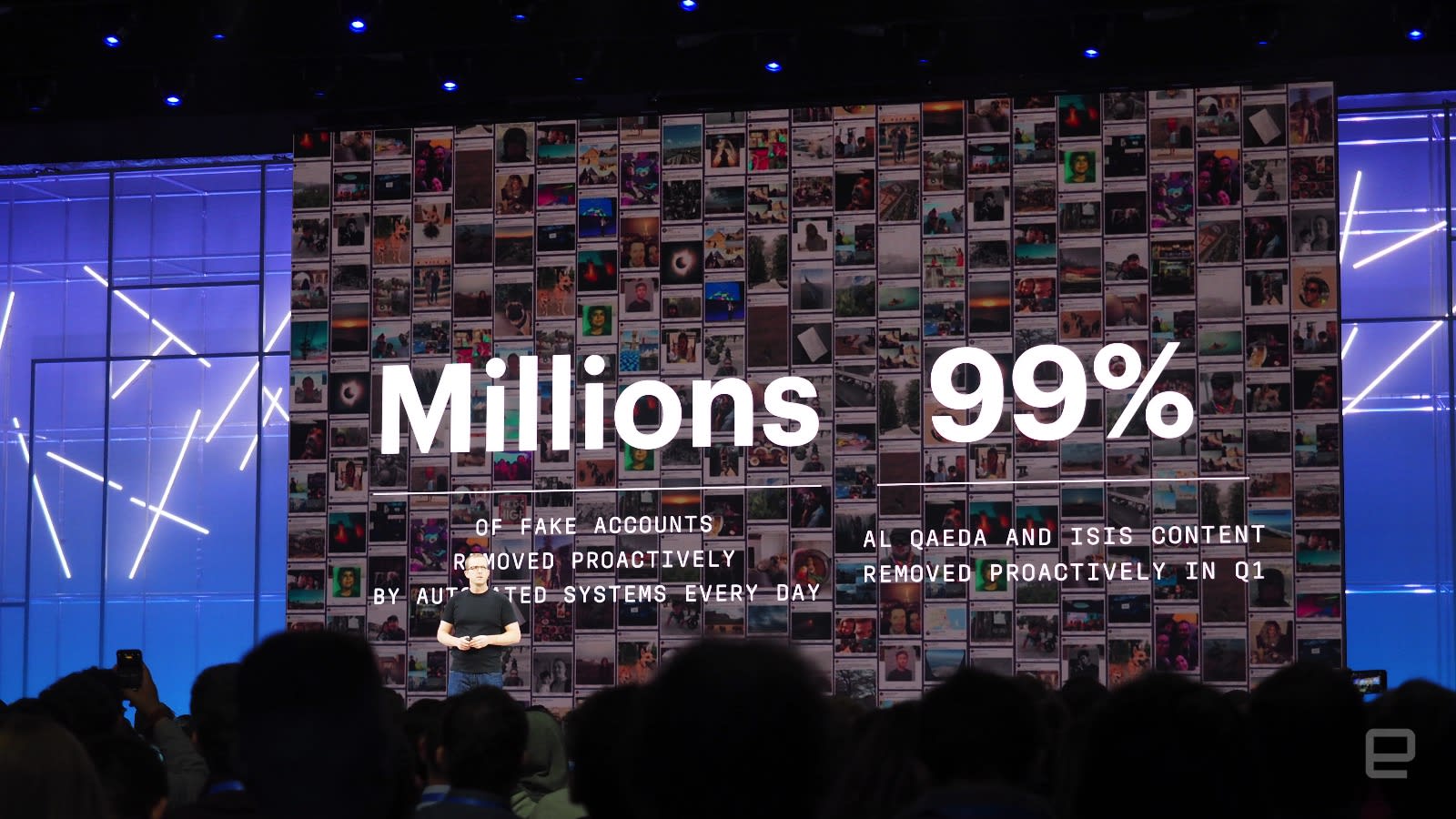 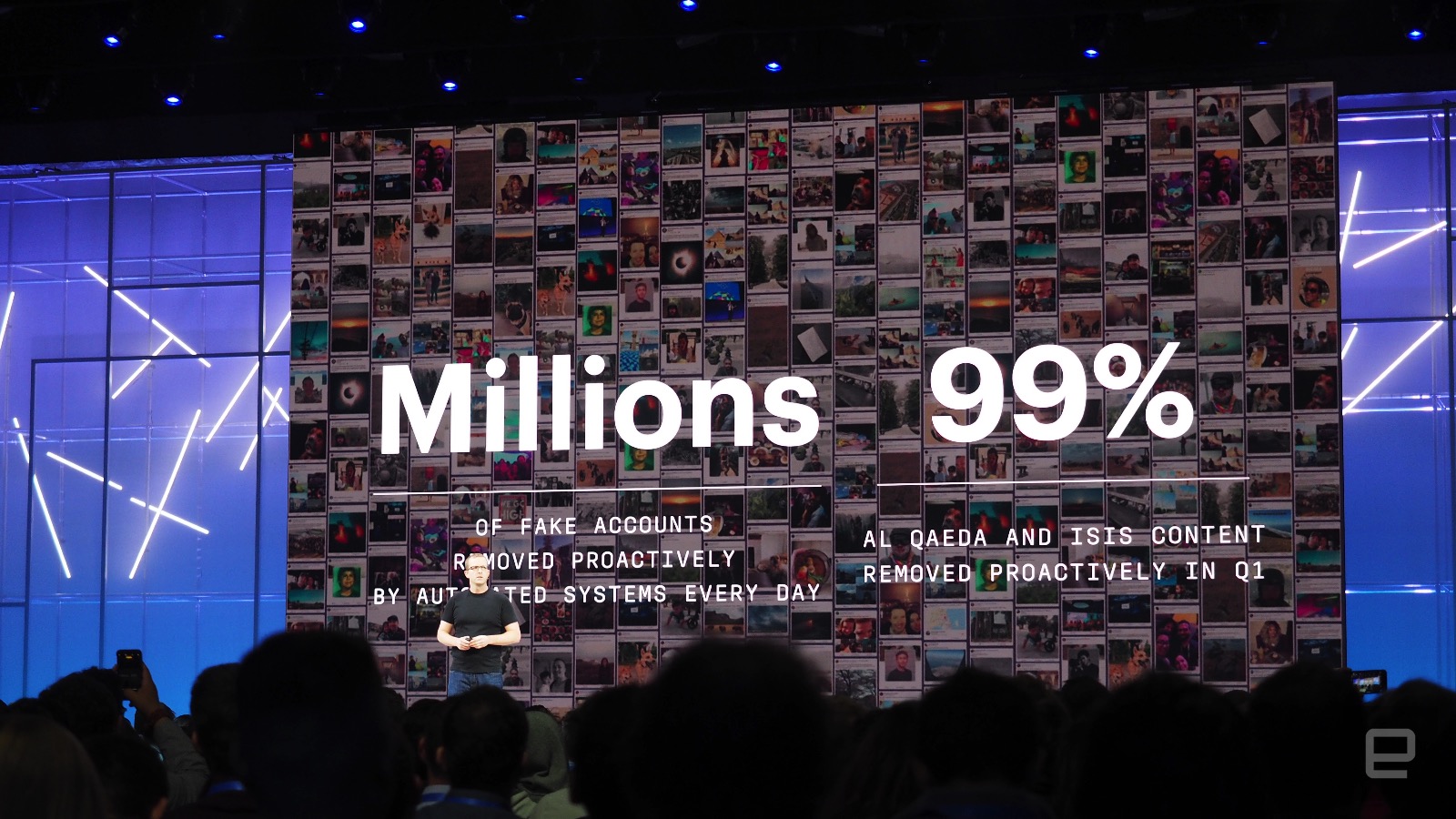 Artificial intelligence is a key part of everything Facebook does, from chatbots in Messenger to powering the personalized recommendations you get on apps like Instagram. But, as great as the technology is to create new and deeper experiences for users, Facebook says the most important role of AI lies in keeping its community safe. Today at F8, the company's chief technology officer, Mike Schroepfer, highlighted how valuable the tech has become to combating abuse on its platform, including hate speech, bullying and terrorist content. Schroepfer pointed to stats Facebook revealed last month that showed that its AI tools removed almost two million pieces of terrorist propaganda, with 99 percent of those being spotted before a human even reported them.

Shroepfer said that, even though these are promising numbers, Facebook knows there's still plenty of work to be done and it needs to keep evolving the technology -- especially because the bad actors promoting this type of content keep getting smarter themselves. One of the ways Facebook plans to do this, Shroepfer said, is by investing heavily in artificial intelligence research and finding ways to make it work at a large scale without much (if any) human supervision. This is all part of Facebook's plan to write a security "playbook" that other tech companies can follow, and one that the company says it can't create alone. That's why, aside from its in-house team, it's working with outside academics and research scientists to develop the best possible AI systems. 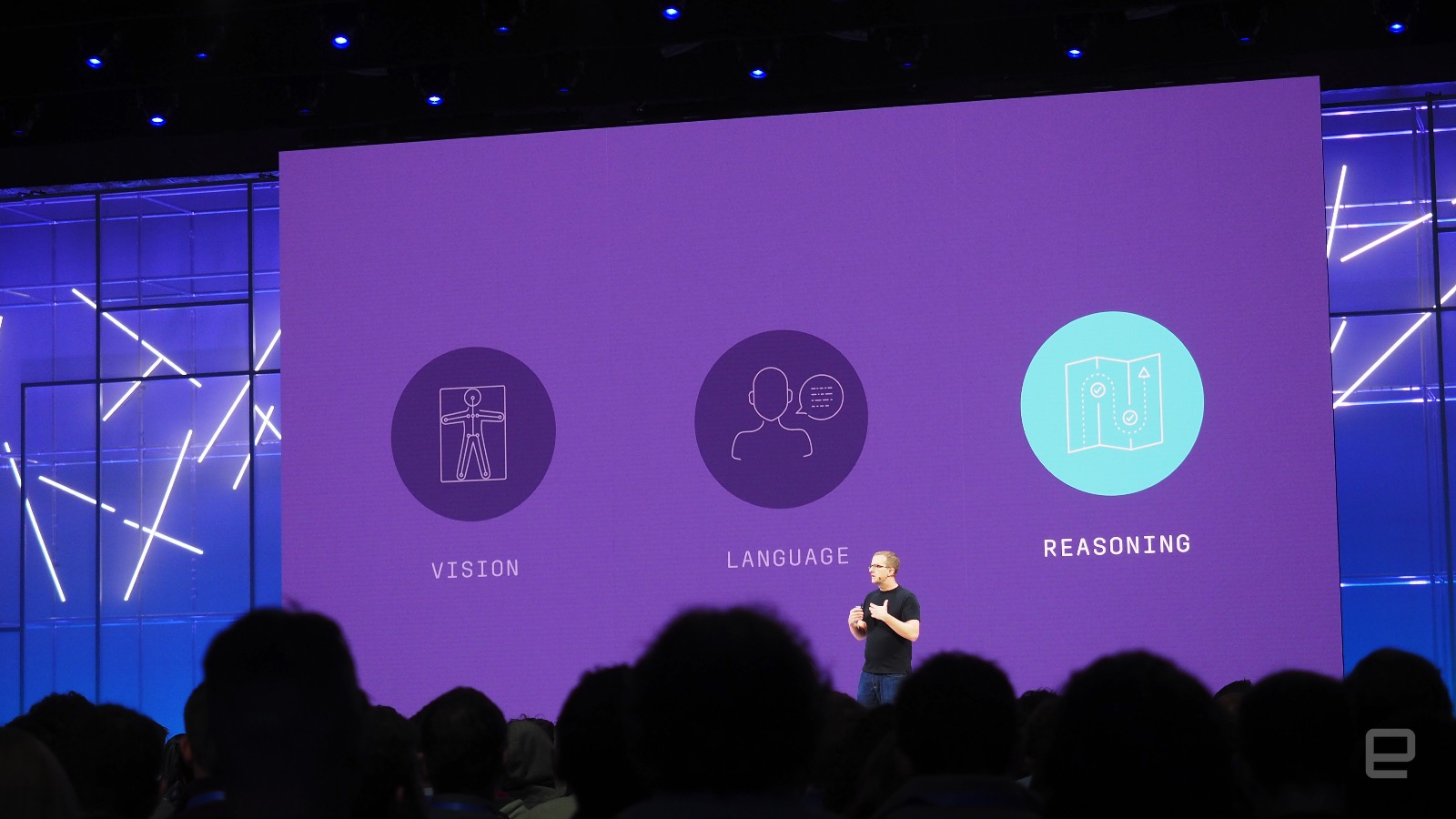 Isabel Kloumann, a research scientist at Facebook, said that one of the biggest challenges with AI is training it to be unbiased. Because the technology is so new, it's hard to test it for fairness and ensure that it incorporates a diverse set of voices in its decisions. As in, how can AI tell the difference between an unpopular opinion that may show up on a Facebook or Instagram post and a comment that's intended to spread hate? Vision, language and reasoning, said Shroepfer, are the three most important factors in training an AI system that's going to be efficient and accurate in taking down all the abusive content that shows up across Facebook's platforms. Basically, it seems, you have to make it think like a human -- but an unbiased one.

"Compared to a few years ago, this is great progress." Shroepfer said. "But it's clear we still have a lot of work to do." And that is what Facebook is doing, because online abuse isn't going anywhere, and there's bound to be some hate speech, bullying comments or terrorist propaganda that slip through the cracks. After all, Mark Zuckerberg himself said that it's easier for artificial intelligence to detect nipples than hate speech. So when that does happen and AI fails to do its job, Facebook will need to rely on the 20,000 humans it's hiring to review content to make sure that they act quick to take down whatever the tech wasn't smart enough to catch.

Maybe AI will be perfect one day, but it's not there just yet.

In this article: ai, artificialintelligence, bullying, cyberbullying, f8, f82018, facebook, faebook, gear, hatespeech, internet, markzuckerberg, security, terrorism, zuckerberg
All products recommended by Engadget are selected by our editorial team, independent of our parent company. Some of our stories include affiliate links. If you buy something through one of these links, we may earn an affiliate commission.