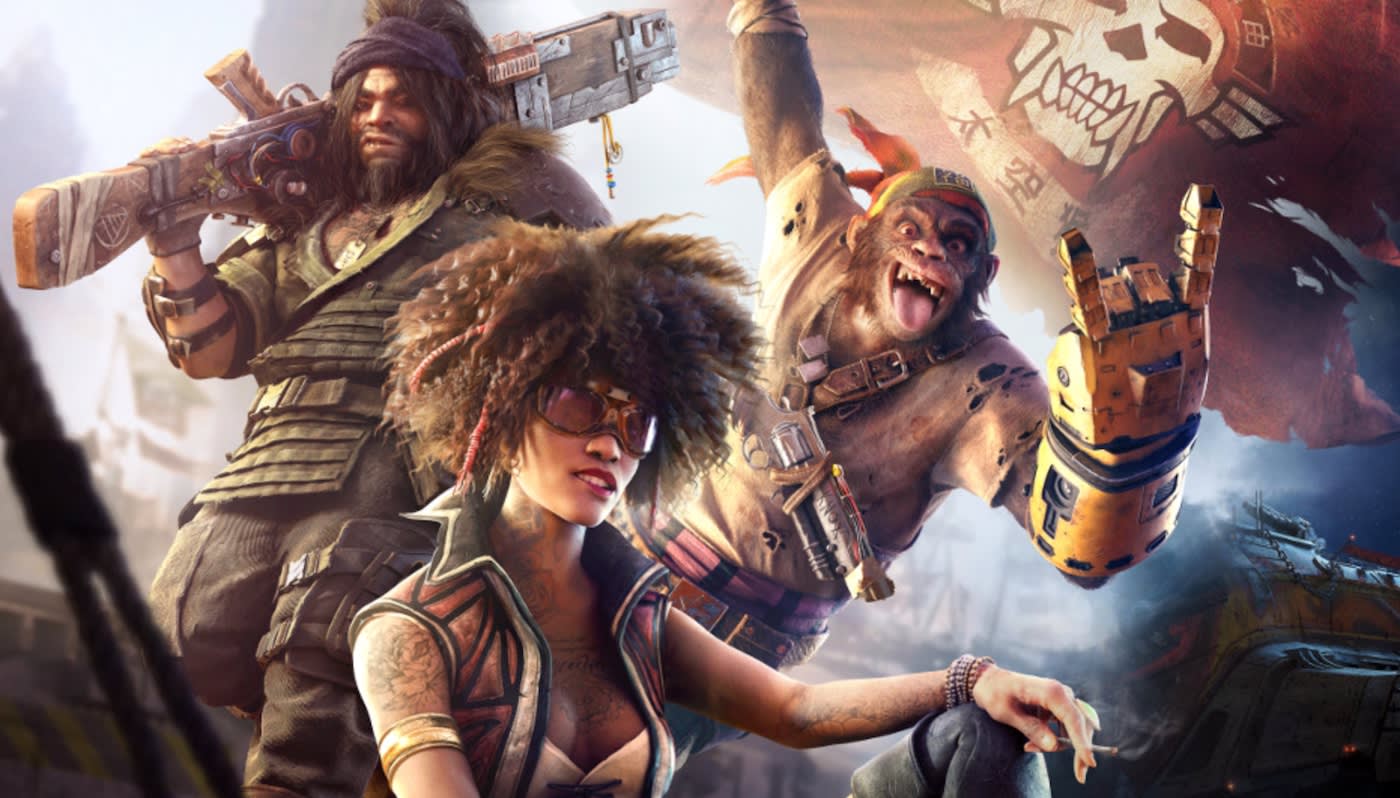 Ubisoft pulled the curtain back a little further on the massively ambitious Beyond Good & Evil 2. During a Twitch stream, a trio of developers led by creative director Michel Ancel explained the game's narrative timeline and showed off work-in-progress footage of combat, player movement and divulged some details about how character creation/customization works.

You won't play as Jade, the protagonist from the first game. Instead, you can create a custom character. The interface for doing so wasn't shown off, rather, the team used a still image featuring anthropomorphic chameleons, panda bears, elephants and more to tease it out. Ubisoft said that there will even be options for hybrid characters.

As far as combat goes, once again, you'll have a sort of bow-staff as an available weapon. You'll also have a jetpack for getting around, which should make hopping between your ship and an enemy craft pretty easy. And since you're playing as a pirate rather than a journalist this time out, the camera from the first game has been replaced with a spyglass, which you can use to take photos and get more info about the world around you.

It still sounds like we're a ways from actually playing this at home, though. A lot of what was talked about and shown off today was incredibly ambitious -- much like last year's surprise E3 debut. For a peek, check out the video embedded below. Ancel said his team has made additional hires in the last month and, more than that, recently tapped into Ubisoft's worldwide network of studios to assist with development.

With no platforms announced for the game, the fidelity of the pre-alpha footage combined with where we are in the PlayStation 4 and Xbox One's lifecycle, maybe don't expect to play the full-fat version of Beyond Good & Evil 2 on current hardware. With E3 around the corner, at least we won't have to wait too long for more info.

Source: Ubisoft (YouTube)
Coverage: VentureBeat
In this article: av, beyondgoodandevil, beyondgoodandevil2, e32018, gaming, pcgaming, playstation, ubisoft, xbox
All products recommended by Engadget are selected by our editorial team, independent of our parent company. Some of our stories include affiliate links. If you buy something through one of these links, we may earn an affiliate commission.