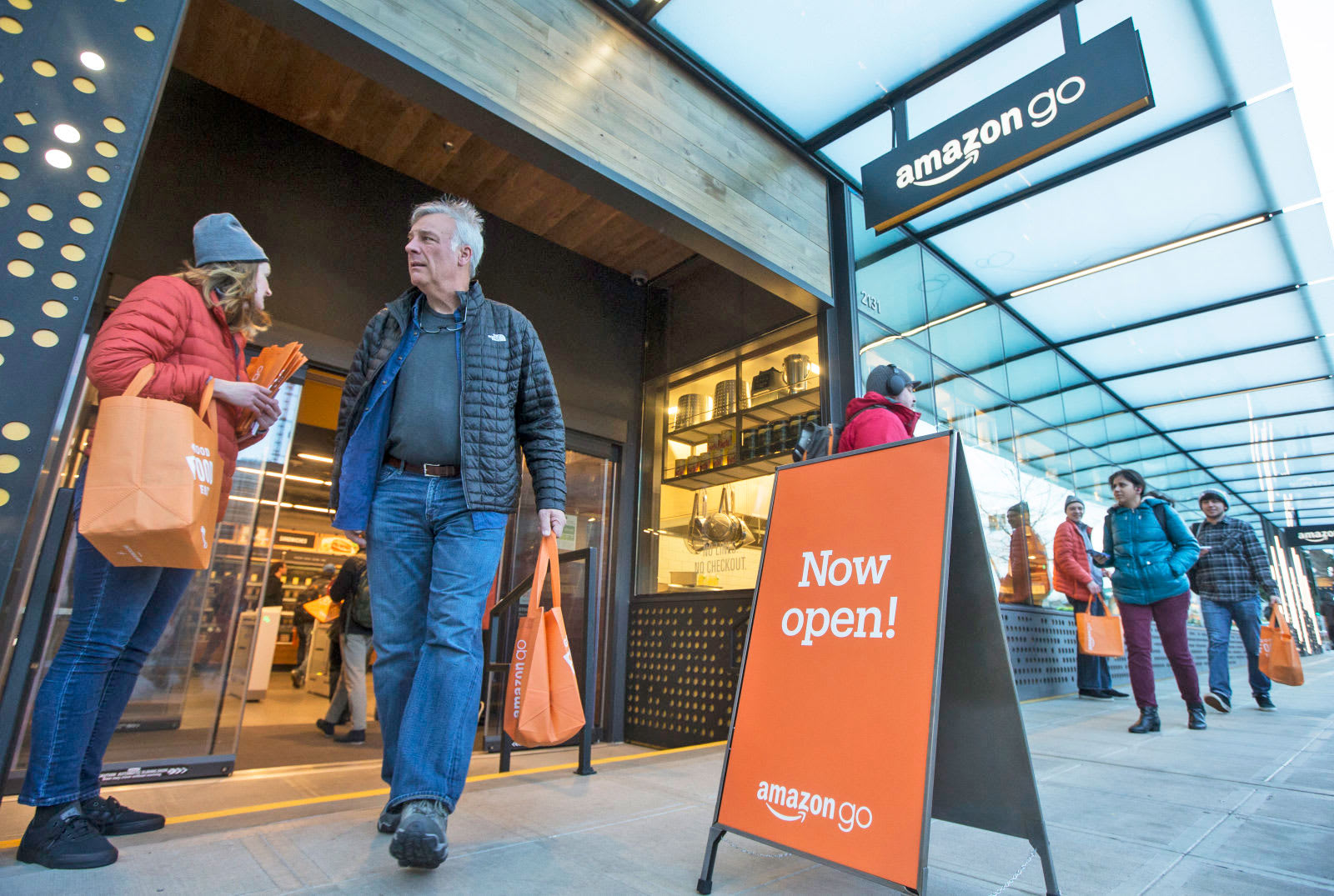 You no longer have to make a beeline to Seattle if you want to shop at an Amazon Go store. Amazon has posted job listings for store managers in both Chicago and San Francisco, making it clear where the automated stores are headed next. The company didn't confirm opening dates or locations in a response to the Seattle Times. However, there are already some clues: Curbed noted that Amazon has a building permit for a store in Chicago's Loop, while a San Francisco Chronicle report claimed that a store would open near Union Square.

An earlier Recode scoop asserted that Amazon would open as many as six more stores in 2018, with one possibly coming to Los Angeles.

Expansion was really just a matter of time given that the existing Seattle location appears to have been a success. It was more a question of where -- would Amazon focus on its hometown, or spread its wings? We now know the answer -- it wants to offer the technology far from home, albeit in major urban centers where they're likely to get lots of traffic. The question is whether or not Amazon can roll out enough stores to make Go virtually ubiquitous, or if it'll ultimately serve as a showcase while other retailers rely on competing technology.

Via: Seattle Times, CNET
Source: Amazon (1), (2)
Coverage: Curbed, San Francisco Chronicle
In this article: ai, amazon, amazongo, business, chicago, computervision, gear, internet, retail, sanfrancisco, services, shopping
All products recommended by Engadget are selected by our editorial team, independent of our parent company. Some of our stories include affiliate links. If you buy something through one of these links, we may earn an affiliate commission.