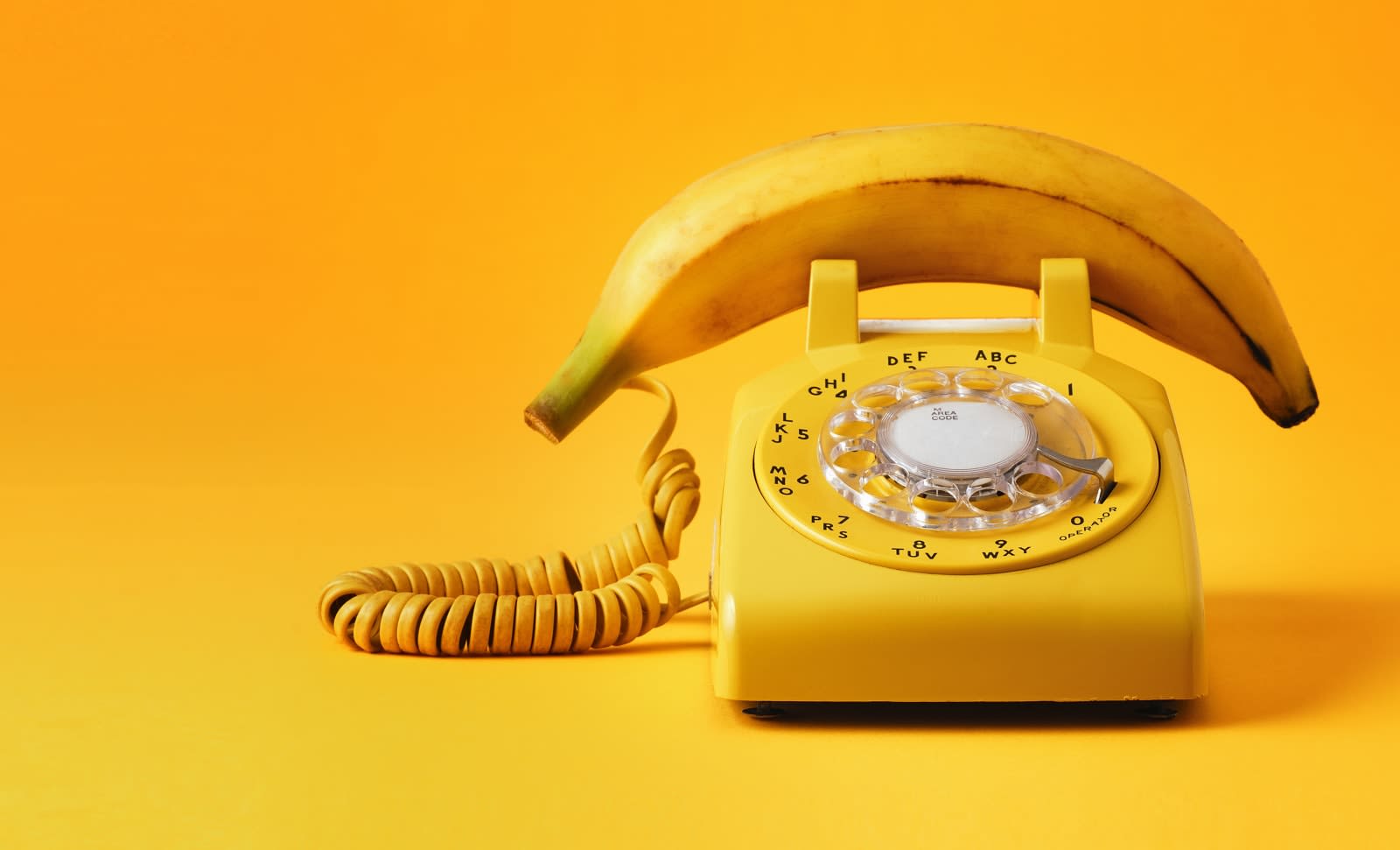 On an otherwise normal Friday afternoon in late March, I found myself sitting on my bed, completely naked in front of my laptop. It was a position I'd been in many times before, but today was different: I was getting ready for the most awkward tech demo of my career.

Flirt4Free.com, one of the world's largest adult-camming networks, was about to announce two-way sex-toy integration for live webcam performances and I'd been given exclusive access ahead of its debut.

Over the past two years, I've found myself on the fringes of a perceived sexual revolution. In an attempt to better understand the most intimate human-machine interactions, I've become a technosexual guinea pig, having cybersex in Sims-style virtual worlds, rigging toys to fuck myself like a Bluetooth ouroboros and hosting a dinner for the world's first sex robots. I've come away from every one of these experiences with a better understanding of human desire and the sense that the coupling of sex and technology is often far less sexy than advertised.

Nowhere was that truer than in my bedroom on that Friday afternoon.

The folks at Flirt4Free would pair me with a Colombian cam girl named Nazanin by way of the latest in internet-connected sex toys, aka teledildonics. The PR representative who would act as our digital chaperone for the afternoon passed along all of the details, login info and a Fleshlight Launch, a giant motorized canister housing an anatomically correct silicone vagina. As is often the case with these "deskside" meetings, the PR representative would be on hand to field questions and ensure that everything ran smoothly.

As I stripped down and prepared the Launch for blast off, it dawned on me that I was about to have sex with a woman for the first time in more than 10 years -- albeit virtually. What's more: we'd have an audience. In addition to our PR chaperone, a team of IT guys would be standing by in case of emergency. I was overcome by performance anxiety, but it's not like this was uncharted territory.

The concept of teledildonics dates back, at least in theory, to 1974 when technological theorist Ted Nelson, who also coined the term hypertext, used the word "dildonics" to describe the sexualization of the Sonic Simultar, a patented device that turned sound into tactile sensation. In 1990 another tech theorist, Howard Rheingold, built on Nelson's work, using the word ''teledildonics" to describe sex toys that would eventually allow users to connect over telecom networks and get each other off across long distances. To put that prediction in perspective, CERN wouldn't make the World Wide Web public until 1991.

In 1998 Warren J. Sandvick, Jim W. Hughes and David Alan Atkinson were granted the patent for a "method and device for interactive virtual control of sexual aids using digital computer networks," now commonly referred to as the teledildonics patent. In 2015 that patent was transferred to a company called TZU Technologies LLC, which in turns sued just about anyone attempting to send tactile sensations across the internet.

Which brings me back to Nazanin. Having embraced the awkwardness of the situation, I unplugged the Launch from its charger and, using the specified app, connected the ridiculously cumbersome fuck machine to my phone via Bluetooth. I then logged on to Flirt4Free.com, located Nazanin's profile, marked by a purple "two-way interactive" ribbon, and clicked to create a QR code that allowed me to connect my phone and, by extension, the Launch, to a private room.

Ten minutes and a few failed attempts later, I was ready to go -- at least from an IT perspective. I clicked on "start your show," as instructed, and, just like that, I was face-to-face with a gorgeous brunette some 3,000 miles away. I say face-to-face but the experience, while mutual, was still pretty one-sided. With my webcam disabled I would be both active participant and voyeur in my own pay-to-play sexual encounter. And, oh, how I paid.

From the moment I arrived in her virtual bedroom, the clock was ticking. Nazanin, with her board-straight brown hair, cherry-red lips, pale-pink bra and panties and white thigh highs, was like a hot therapist that charges by the minute. A small countdown clock just above our chatroom served as a reminder that this was a transaction, one with a strict time limit. Throughout our session the I received multiple notifications prompting me to add more tokens to keep time on the clock, and I acquiesced, knowing the money wasn't coming out of my pocket. In total, my first date with Nazanin lasted about 25 minutes and cost the equivalent of about $150. That might not sound like such a bad deal for a no-strings hookup with a gorgeous woman, but that's not exactly how things panned out. What I was expecting was instant gratification. What I got was a lesson in patience.

After a bit of small talk, Nazanin turned on the Fuse and tried to connect. Nothing happened. We turned them off and on again, and still no connection. After the third failed attempt I got a call from the PR rep, who'd been sitting quietly in our virtual room watching the IT clusterfuck unfold. She coached me through the connection process one more time. With my device up and running again, we dropped the call and I returned to the private room. This wasn't Nazanin's first failed connection of the day, and the IT team who'd been secretly standing by couldn't seem to make it work. Some 30 minutes of troubleshooting later, I'd run out of time and steam. There would be no virtual fucks to give that day.

Two weeks later, I was back in my bedroom, sitting in front of my laptop, bare-assed and ready for another go. This time, though, I was free of anxiety. While I never heard her voice -- we communicated through text chat only -- her patience and seemingly sincere sweetness showed through in her body language and facial expressions. She greeted me with the sort of smile you reserve for old friends, like we'd formed a bond over our shared frustration the first time we met.

Something was happening. Nazanin fluctuated between typing and stroking, and the Launch reacted in kind. She continued on like this, smiling, giggling, flipping her hair and gently stroking the Fuse, while the Launch pounded aggressively against my inner thighs. With each featherweight stroke the cumbersome canister set to work between my legs with unexpected force. It was as if each gentle sensation from Nazanin's perfectly manicured fingertips gained momentum as it raced the 3,000 miles to my crotch, transforming into a mighty blow.

But it wasn't just the sensation that didn't quite sync. When Nazanin would break away to type, the Launch would continue thrusting, and when she'd start again, it would take a few seconds to spring to life. As is often the case with VoIPs like Skype, my masturbator was experiencing some lag.

Nazanin eventually asked if I could control her toy, which I did, by stroking the sides of the Launch. The tip of the vibrator lit up with each vibration and Nazanin smiled with satisfaction. In the end, we both walked away with a sense of accomplishment. Even if the experience wasn't quite seamless, we'd come together to tame the technology and we'd both benefited handsomely -- she monetarily, and I, animalistically. In the end, the power of the Launch and the realization that someone thousands of miles away was setting it in motion was enough to compensate for any technical shortcomings.

Our time together was pleasant, even exciting, but the promise of truly seamless virtual sex is still just that. Until these devices "just work," to quote the late Steve Jobs, the payoff likely won't be worth the investment for most. In total, my two Flirt4Free sessions cost the equivalent of $350, that's to say nothing of the time spent scheduling sessions and setting up the devices.

When Howard Rheingold coined the word teledildonics some 28 years ago, he envisioned a world of unending possibilities, where machines act as conduits for our wildest desires.

"Thirty years from now, when portable telediddlers become ubiquitous, most people will use them to have sexual experiences with other people, at a distance, in combinations and configurations undreamed of by pre-cybernetic voluptuaries."

His vision of the future included sensor-laden bodysuits with the "intimate snugness of a condom" that would connect over telecom networks, enabling long-distance affairs. We may never see the mainstream adoption of haptic sex suits or telediddler ubiquity, but Rheingold's prediction isn't totally DOA. The once-impossible dream of relaying physical connection across long distances has arrived. And it's a beautiful thing -- if you have the time and money to spare.

In this article: column, cybersexsuit, fleshlight, FleshLightLaunch, flirt4free, howardrheingold, kiiroo, launch, nsfw, sex, sextech, sextoy, sextoys, sexuality, teledildonics, tomorrow, VividEntertainment
All products recommended by Engadget are selected by our editorial team, independent of our parent company. Some of our stories include affiliate links. If you buy something through one of these links, we may earn an affiliate commission.